These maps, spanning nearly 60 years, show Annandale's rapid 18th century expansion. During this time period, the area encompassing today's Annandale Triangle was called Cedar Hill. Annandale's industry was centered around the Saw Kill Creek. The creek, one of the most important natural features in the area, powered all of Annandale's mills. Today's creek shows extensive signs of its industrial past, from dams to stone foundations. Explore the maps below:

This 1815 map shows three mills along the Saw Kill. Although the map is severely out of scale, today's Annandale Triangle is located between Armstrong's Saw Mill and Lyman's Fulling Mill.

Armstrong's Grist & Saw Mill, located on the mouth of the Saw Kill, allowed for finished products to be directly loaded onto small ships during high tide. Although remains of this mill site have yet to be discovered, it is assumed that the mill stood on the land now occupied by Bard College's Field Station due to the area's level surface topography.

In 1833, the land we know as Blithewood was purchased by John C. Cruger. Within 2 years, Cruger sold the estate for $19,000 to a wealthy North Carolinian, Robert Donaldson. The Saw Kill mill sites were so desirable that Cruger retained ownership of the mills and the land along the Saw Kill. Cruger chose to reside nearby; he relocated to his namesake island, Cruger's Island. 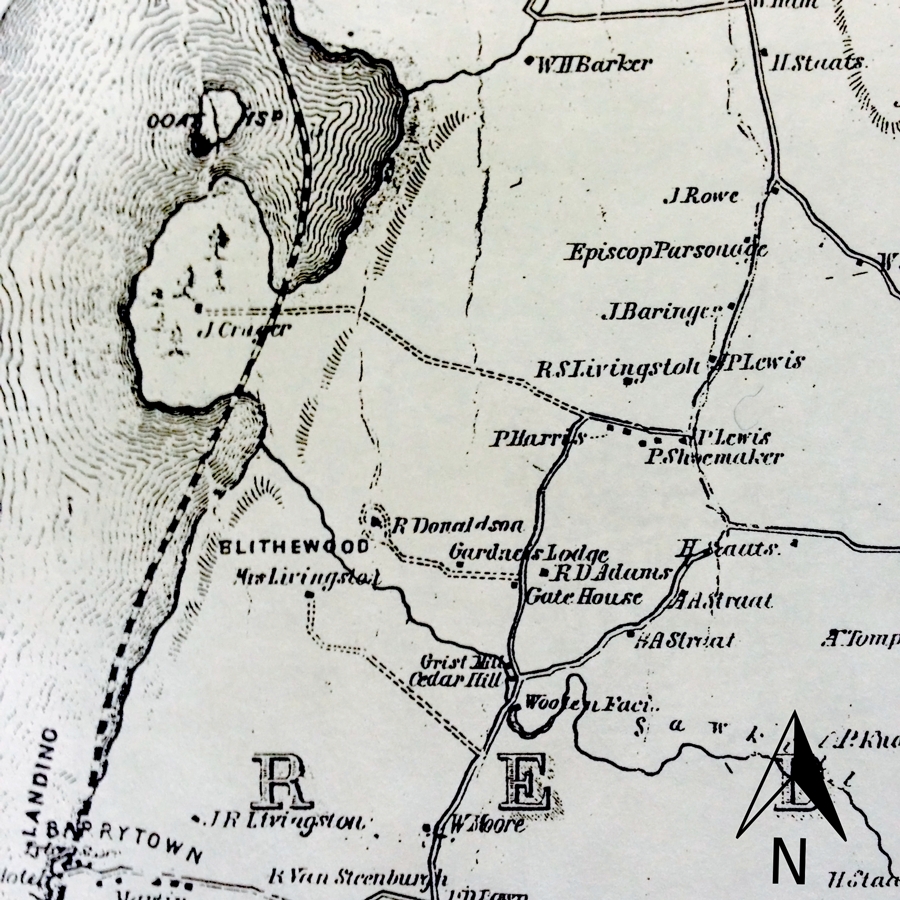 In the years after Donaldson's purchase, Cruger desired to expand and improve his mills. Donaldson, alarmed by the negative impacts such an expansion might cause, began lengthy correspondence with Mrs. Edward Livingston, then owner of Montgomery Place.

During the winter of 1841, Mr. Donaldson and Mrs. Livingston purchased Cruger’s lower falls mill sites for $6,000 in order to preserve the land and scenery of the lower Saw Kill. Cruger relocated his mills to the upper falls area. Nine years later, this 1850 map shows no lower falls mill sites.

The Donaldson/Livingston partnership for the purchase of the lower mill sites distinguishes itself as one of the earliest formal environmental conservation efforts in the nation. 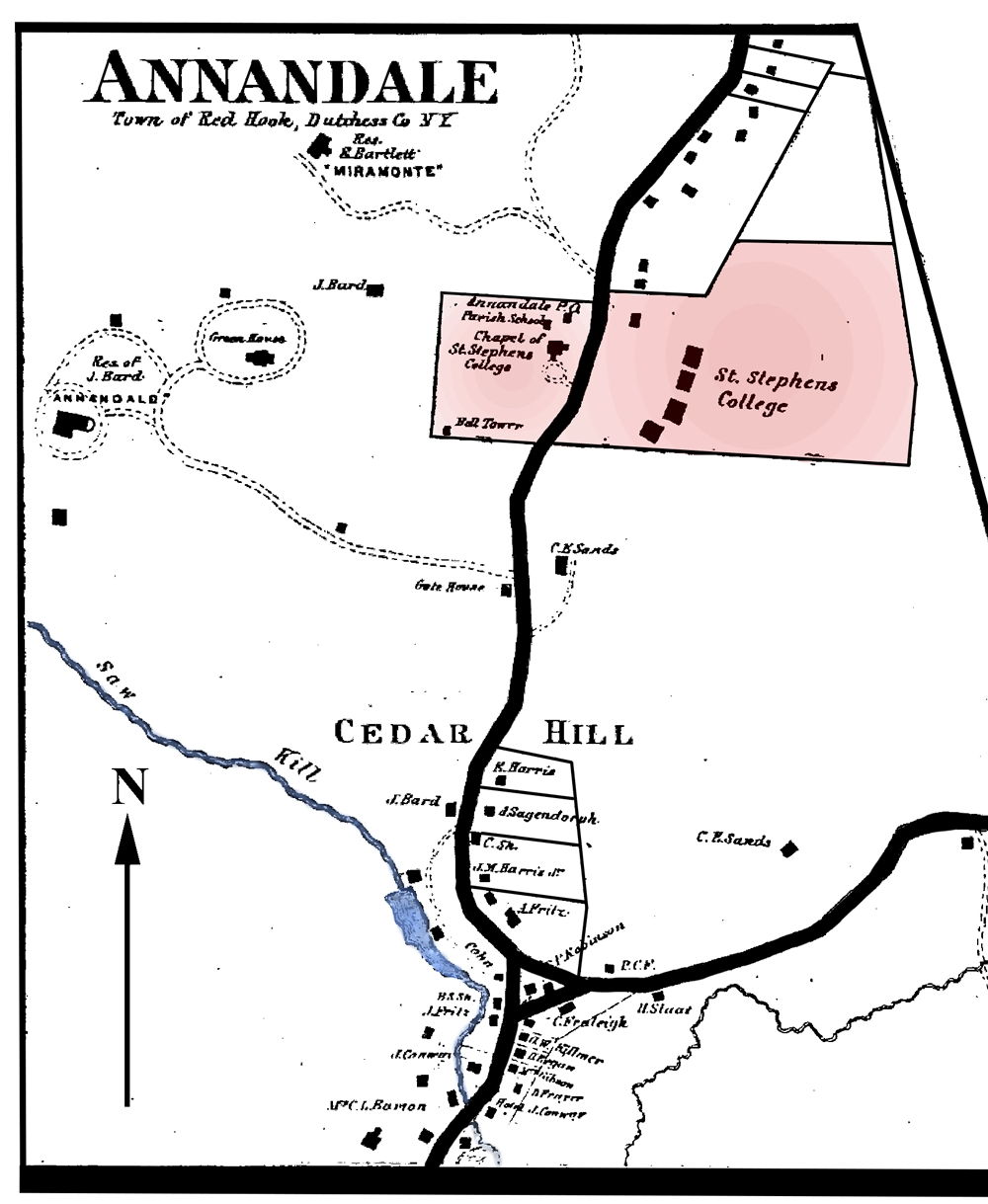 This 1867 map of Annandale shows the clustering of homes and businesses in the Annandale Triangle area. During this time period, New York Route 9G did not exist. Annandale Road, therefore, served as a major thoroughfare. The Triangle was a busy and important intersection where three country roads met. In addition to the mills, there existed a hotel, a blacksmith’s shop, a carpenter’s shop, and a small country store in the Annandale Triangle vicinity. Now St. Stephen’s College, founded in 1860, appears on the map.