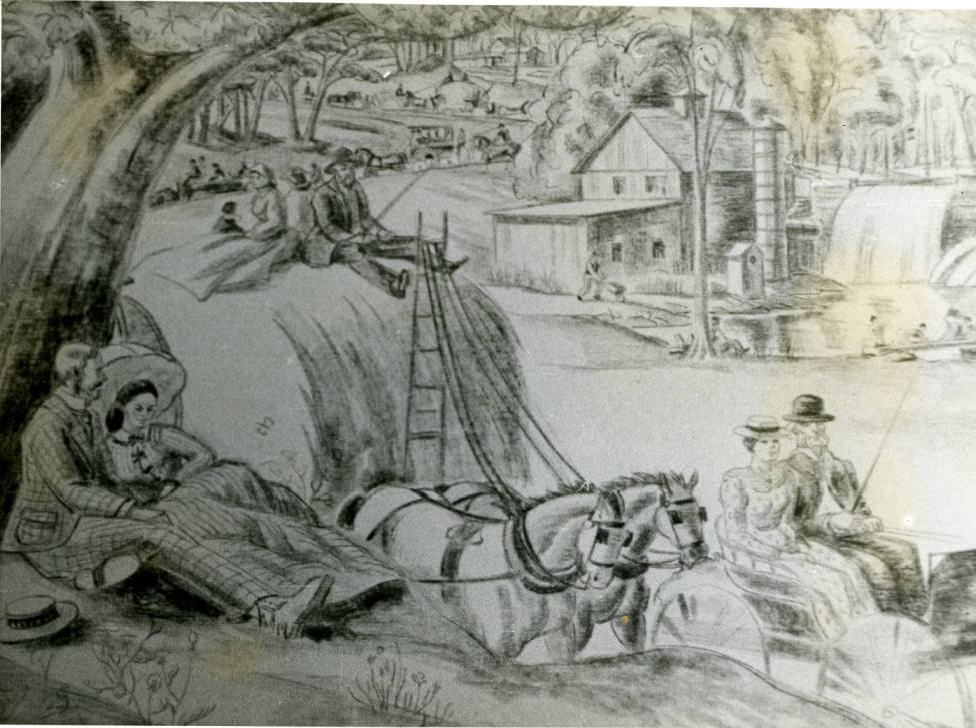 The Life of A Laborer

The following is a short narrative of the life of George Atkins paraphrased from William P. McDermott's Dutchess County's Plain Folks. Although he is not a resident of Annandale, George's struggles as a laborer can be considered universal. George is 35 years old when we first meet him in 1840. The use of country store records and census information allows us to stitch together the life of this simple laborer, an individual whose life would have otherwise been forgotten:

Laborers were unskilled employees who performed much of the physical labor that small community businesses and farms required. Employment was informal and unguaranteed. Laborers were hired to work by the day, week, month, or season. In these small communities, bartering was a way of life. Everything had a value to be used in bartering, from currency to physical labor.

In the year 1840, George worked in the town of Poughkeepsie as a farm laborer. By 1846, George and his family had moved to Schultzville, a hamlet in the Town of Clinton. In 1850, George worked a variety of odd jobs and by the end of the year, he was employed at the country store. At the store, George earned $13 for 26 days of winter work, or $0.50 a day. George’s work ethic must have impressed the storekeeper: the following year, George’s wage increased to $125.50 for 142 days of work, or $0.88 per day.

In addition to it being George’s workplace, the country store was the source of the family’s daily living necessities. From their store purchases, we can deduce their economic standing in the community. In the year 1850, the family spent $193.58 on food purchases in the store. This figure represents a very large portion, 40%, of the family’s annual expenditures.

The family rented their living quarters with the means of payment being labor. Due to their lack of meat and vegetable purchases, it can be assumed that the family’s rental agreement included a small patch of land, a commonplace perk. On this patch of land, George’s wife could have grown a wide variety of vegetables and even raised some pigs.

It’s important to note that both husband and wife worked equally to make ends meet. Outside of the domestic sphere, George’s wife played an important role in the family economy. In that year, 15% of the expenditures in the country store were comprised of fabric purchases. With roughly 150 yards of fabric to work with, George’s wife produced inexpensive and versatile clothing for purchase by local community members. This would continue over the years, as rural life required the labor of both heads of household.

A quarter of a century later, in 1875, George celebrated his 65th birthday and was in no better position than he was in 1850. These 25 years of George’s life were defined by booms and busts. Job security was nonexistent and unemployment was a recurring problem. In some years, George worked as a miller, in other years, he was simply a farm laborer.

Certainty, safety, and opportunity were luxuries rural laborers did not enjoy. Life was stagnant with little room for improvement.