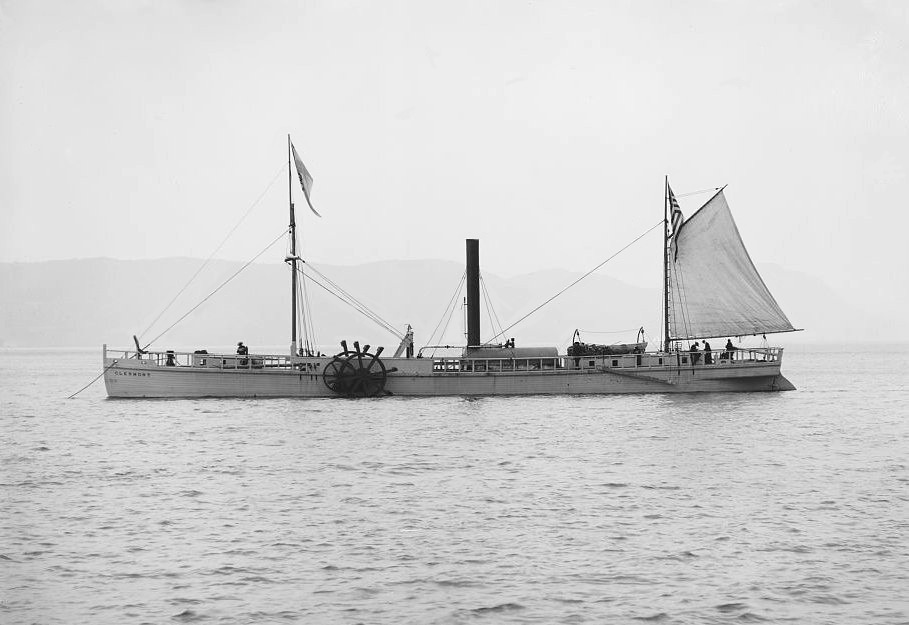 "The First [commercially viable] Steamboat, the 'Clermont,' was built by Robert Fulton in the Cove, known as North Bay, just north of Cruger's Island."

Steamboats revolutionized American industry. Globally, steamboats had been in various stages of development for nearly two decades. However, the first commercially viable steamboat was built right here, on the land that now houses Bard College, by Robert Fulton. On August 17, 1807, Fulton’s steamboat, the Clermont, began her first voyage, from New York City to Albany.

The partnership that led to the design of the Clermont is one that came about by chance. In 1797, Fulton left America for France. While in France, Fulton met Chancellor Robert R. Livingston, who served as United States Minister to France from 1801 to 1804. In partnership with Robert R. Livingston, Fulton designed and built a steamboat that ultimately sank in the Seine.

When he returned to the United States in 1806, Fulton married Harriet Livingston, the niece of Robert R. Livingston. In 1807, Fulton and Livingston again partnered to build a steamboat. The Clermont, built just north of Cruger’s Island, was the product of this partnership. The commercial success of the Clermont led to Livingston’s swift commissioning of two more steamboats, and the beginning of the steamer era.

The urge for expansion, productivity, and profitability was fundamental to the industrial age. In Annandale, this desire led to the constant expansion and rebuilding of the mills. The following newspaper clipping tells of a magnificent water wheel built in Annandale.

This sensationalized article, written by someone "not sufficiently acquainted with... mechanicalterms and technicalities,” praises Mr. Fritz' new and immense overshot water wheel. Unfortunately, the improved mill stood only for 2 months. A Red Hook Weekly Journal article dated December 23, 1859 cites December 17 as the day Mr. Fritz' mill burned to the ground.

The mill, only partially insured, led to Mr. Fritz' financial embarrassment. The January 6, 1860 Weekly Journal announces the auction of Mr. Fritz' home for repayment of his creditors. In the 1890’s, the gristmill would be sold and the structure readapted for use as a chocolate factory.