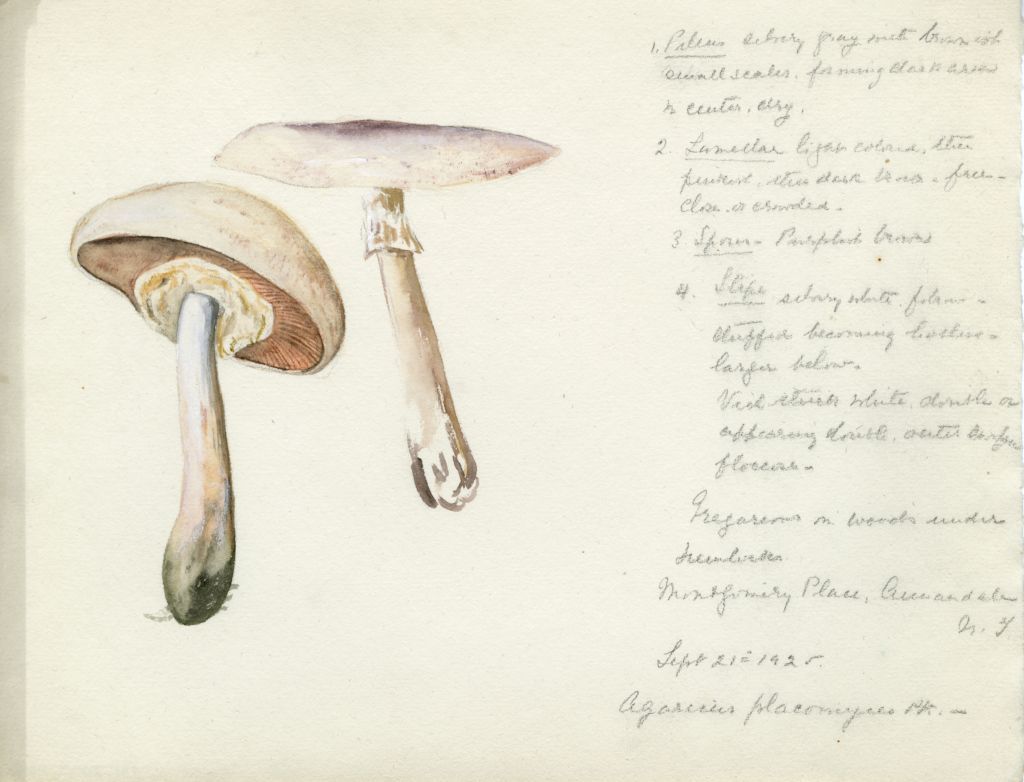 In August of 1921 John Ross Delafield inherited Montgomery Place and he and Violetta began to renovate the mansion and grounds which had fallen into disrepair. The following April, tragedy befell the Delafield family when their eight year old daughter Janet died from complications of an ear infection. At this time the family decides to make Montgomery Place their summer residence. 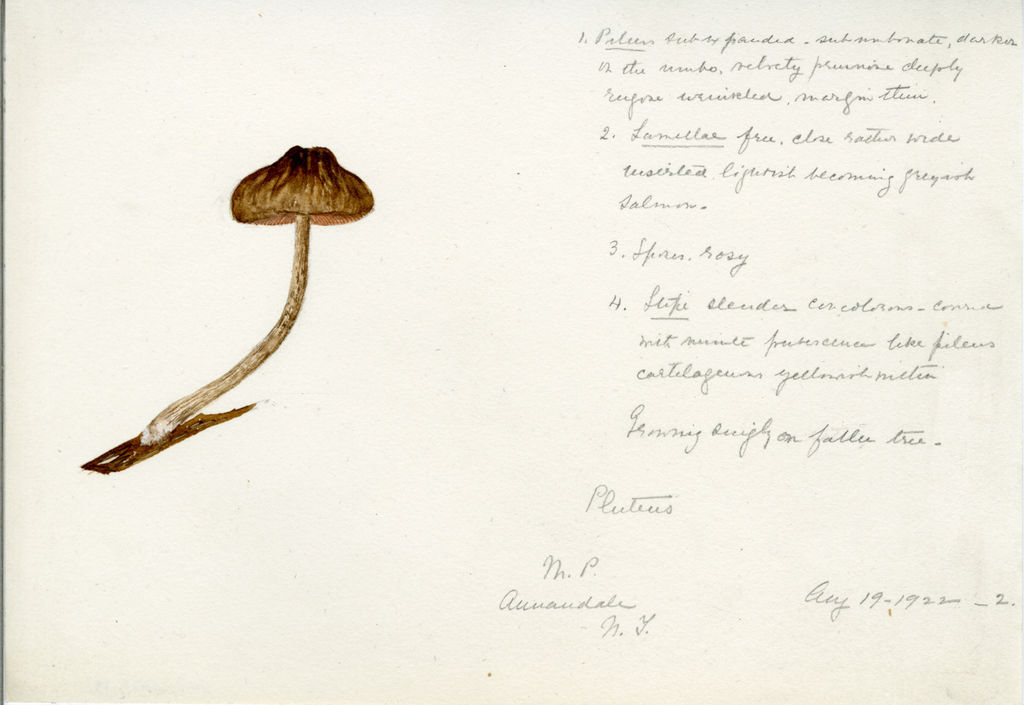 Violetta’s horticultural endeavors during this period focus on restoring and reshaping the landscape at Montgomery Place in order to create a pleasure ground for her family and close friends. 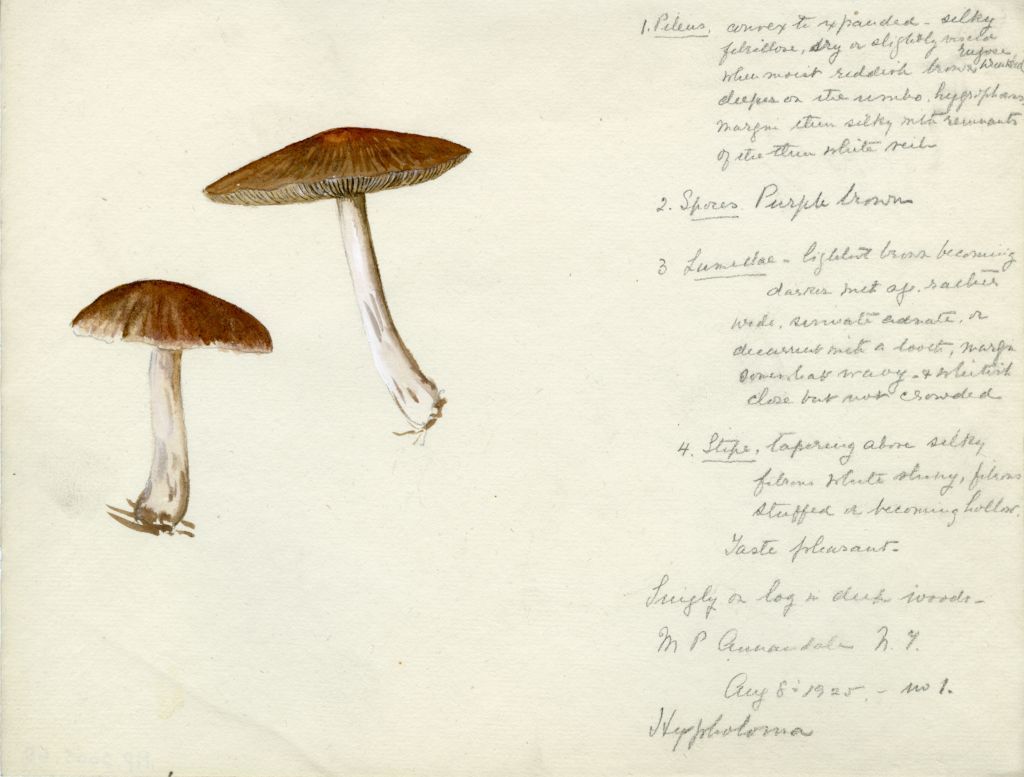 She creates expansive gardens and water features, such as the ornamental pond and the Ellipse, and oversees the building of various garden structures. Many of these additions remain today as a legacy of her time there. 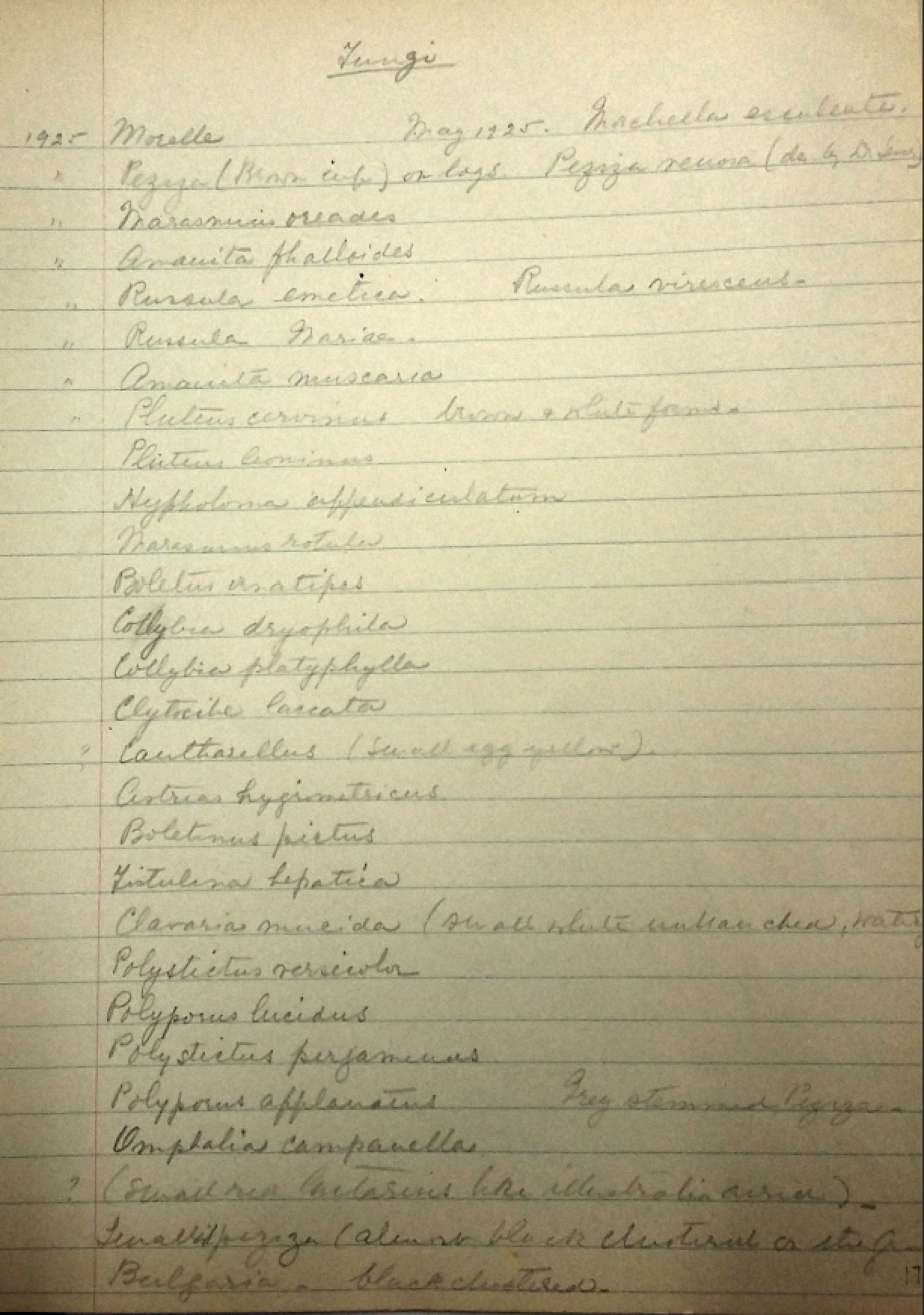 Around 1925, Violetta begins work on a comprehensive list of flora and fauna at Montgomery Place. In addition to the trees, flowers, birds and mammals she discovers on the property, the list includes 65 types of fungi. The list contains only the names of specimans found with no other descriptions. Interestingly, a later and more expansive Flora and Fauna list created by Violettta from around 1930 leaves fungi out entirely. 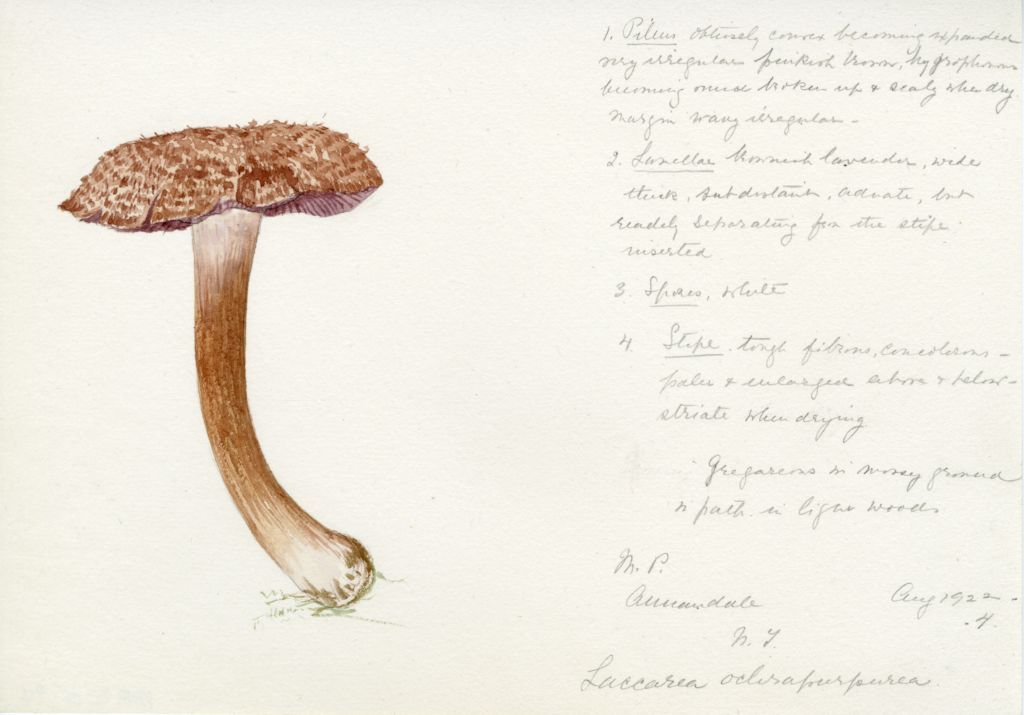 The Annandale drawings were completed between 1922-1926, after which there are no other mushroom drawings.  We don’t know why she stopped drawing. Perhaps she was being more selective: the small group of Montgomery Place drawings included specimens not represented in any of her works from other locations. These include Laccaria ochropurpurea, Lactarius indigo, Russula corallina, Agaricus placomyces and Hygrophorus mugnalus. 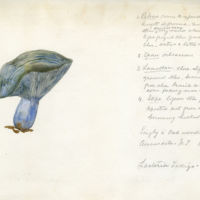 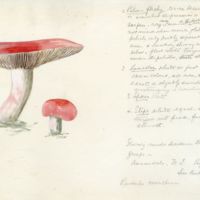 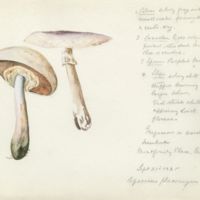 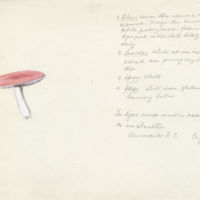 Several species of Russula, Hygrophorus and Pholiota continue to thrive in Annandale to this day. 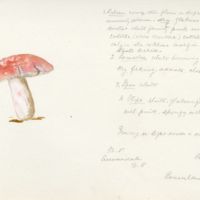 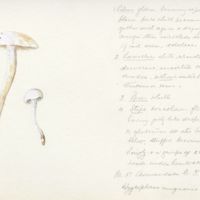 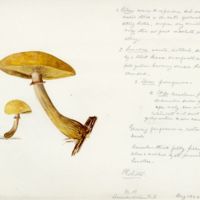 ← A Catalog of Her Own
Annandale-on-Hudson Mushrooms