A Catalog of Her Own 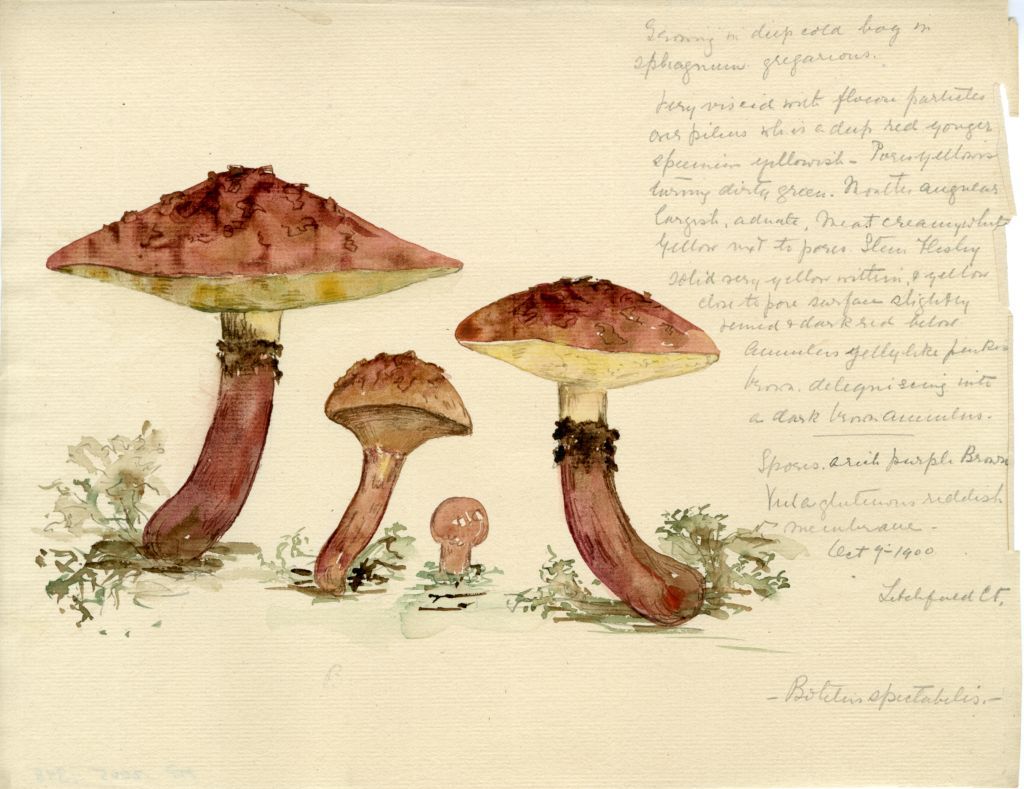 Violetta’s catalogue of mushroom drawings is constructed with attention to the style of scientific writing of the time. However, her artistic approach and handwritten notations lead us to believe this archive was created for her personal use.

Her knowledge of mycological vocabulary was vast, and she often used specialized terms in order to make accurate descriptions of the mushrooms she observed. Her descriptions often include information about the condition of the site and the various types of plants and trees surrounding a particular specimen. Background vegetation would sometimes be included in her drawing in order to visually describe the places from which the mushrooms originated.

“Growing in moist woods, among Cinnamon ferns and under swamp maples” 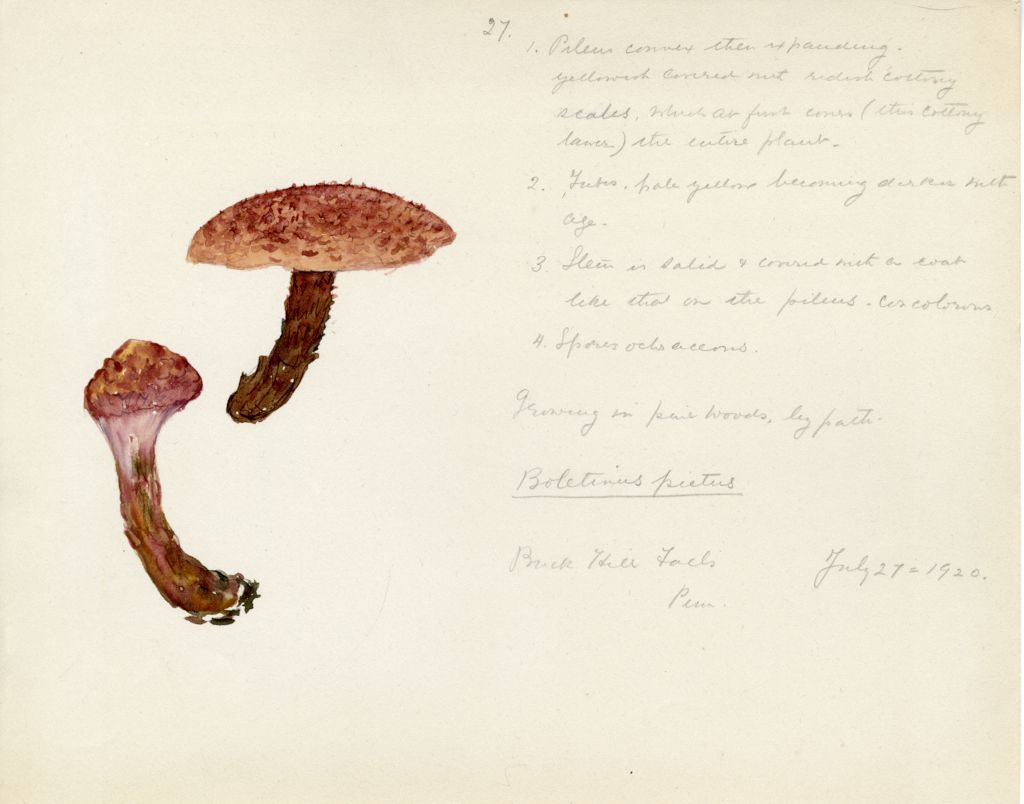 Violetta’s attention to detail can be seen in her color choice and her brush strokes; she had an amazing ability to accurately capture the visual essence of individual mushrooms. Her ability to capture the color and texture of a mushroom are key to being able to recognize and identify a particular species. Without these details, many of her studies would not be easily distinguishable from others.

Her decision to use watercolor was not only an artistic one, but also a practical one; watercolor dries very quickly and is ideal for working outdoors. Several drawings could be completed in one outing and then packed up without damage. 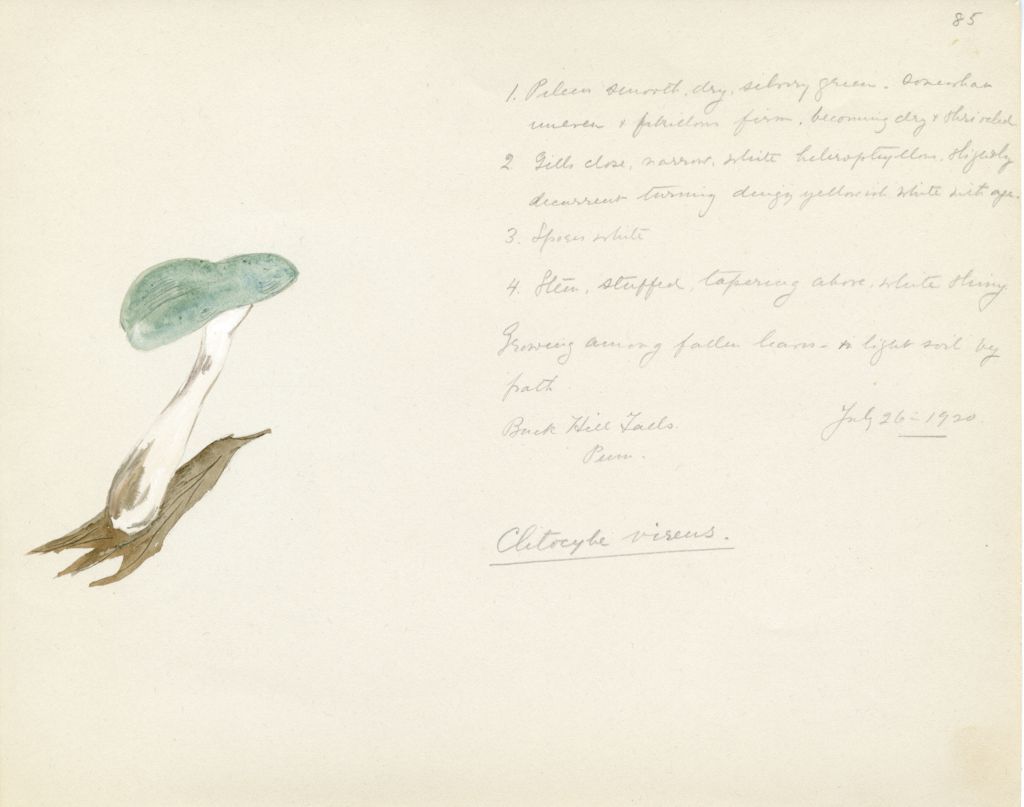 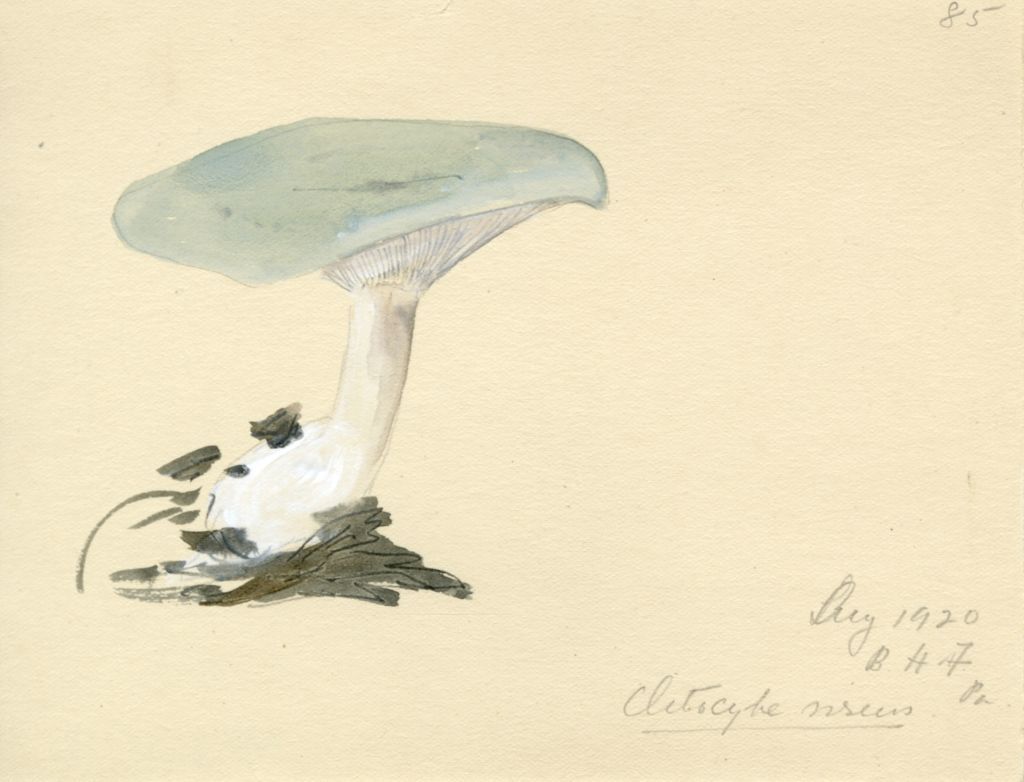 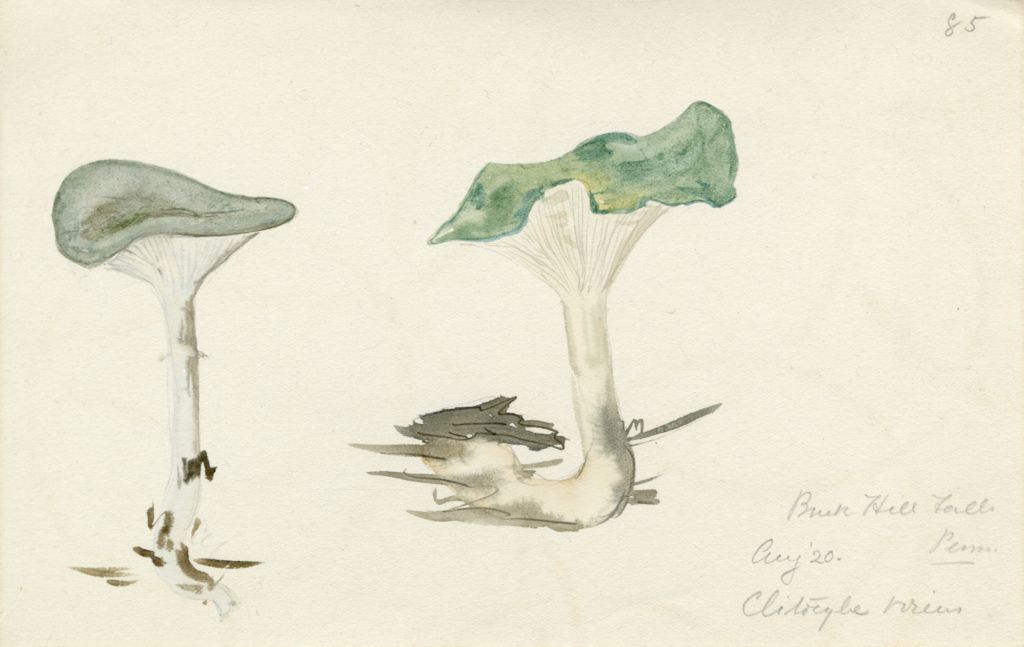 There are a few drawings within the catalog that have very little information, in most cases these are alternative views of a previously described specimen. For example, the three drawings at right depict the species Clitocybe virens. The first includes her typical notation and was done July 26, 1920 in Buck Hill Falls, PA. The two below were done in August of 1920, offering a slightly different perspective. They are all numbered “85” in the top right corner. While the meaning of this number is unknown, it’s possible that this number links this species together in some way.

There are also some examples of mushrooms that have been cataloged at different stages of life, such as the two examples of Calvatia elata below. The lighter colored mushroom on the left shows the younger form of this species while the darker one to the right shows it at maturity. This adds a new level of depth to the study and allows her to recognize the same species in many forms. 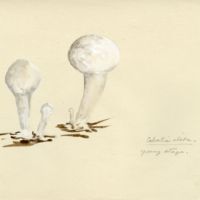 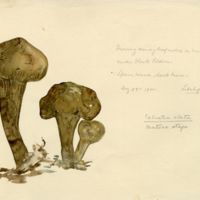