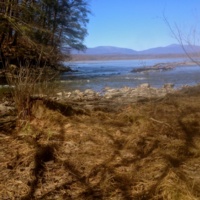 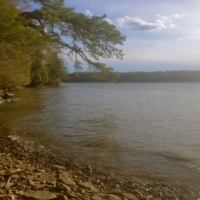 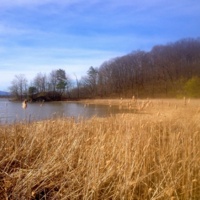 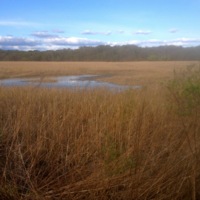 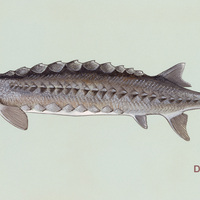 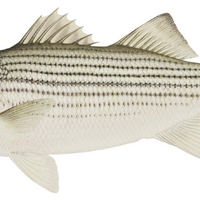 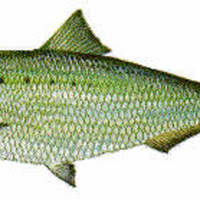 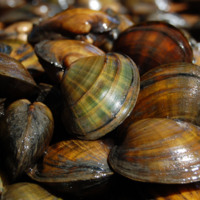 The Tivoli Bays’s wetland environment is diverse and offered resource richness unique even to the Hudson Valley. From the Archaic period onward, migratory groups would have descended upon the Tivoli Bays during fish spawning runs and bird migrations to take from the unbelievable bounty of the wetlands and streams. Cruger, Magdalen, and Goat Islands, positioned around (and creating) the Bays, also contribute to the uniqueness of the environment and helped enable fishing in the deep water of the main channel.

John White, "The manner of their fishing," watercolor on graphite, 1585.

With the changing climate, fish became readily available in the Hudson’s deep water channel. Finfish, including American shad, sturgeons, and striped bass, were caught as a primary food source during the seasonal habitation of the Tivoli Bays and remained an essential resource through European contact. The Hudson, as an estuary, was home to many fishes utilizing the junction between ocean and freshwater. For example, sturgeon could access the ocean in pursuit of prey and also take shelter in the Hudson’s calmer waters.  Sturgeon could grow to become truly massive (up to fifteen feet in length) and their remains have been found at several sites in the Tivoli Bays. Native Americans would take their canoes, hollowed from the trunks of trees, out into the channel from Cruger or Magdalen Islands and fish for sturgeon using nets and large spears. Channel fishing entailed a large effort and a lower catch percentage but the fish acquired in this manner were big and compensated for the pains undergone in their harvest.

In the shallow water of the bays, nighttime fishing practices were utilized to target different fishes and to extend the time available for work. Native Americans would carry torches and fishing spears into the water, either wading or in a canoe, and would swiftly spear fish as they came into range. Patience was of the utmost importance and spear-fishers would stand motionless in waiting. Spearfishing was primarily a nighttime activity but was occasionally conducted during the day, although the predominant daytime fishing practice was weir-fishing. Fishes were contained using barriers, called weirs, and could be easily retrieved from the water. Weirs, resembling fences in the water, were arrangements of reeds intended to capture fish. Thomas Harriot, a colonist, described the construction of a weir as “settinge opp reedes or twigges in the water, which they soe plant one with another, that they growe still narrower, and narrower,” preventing the fish from leaving the way they came and allowing high-volume, simultaneous harvesting of many fish. 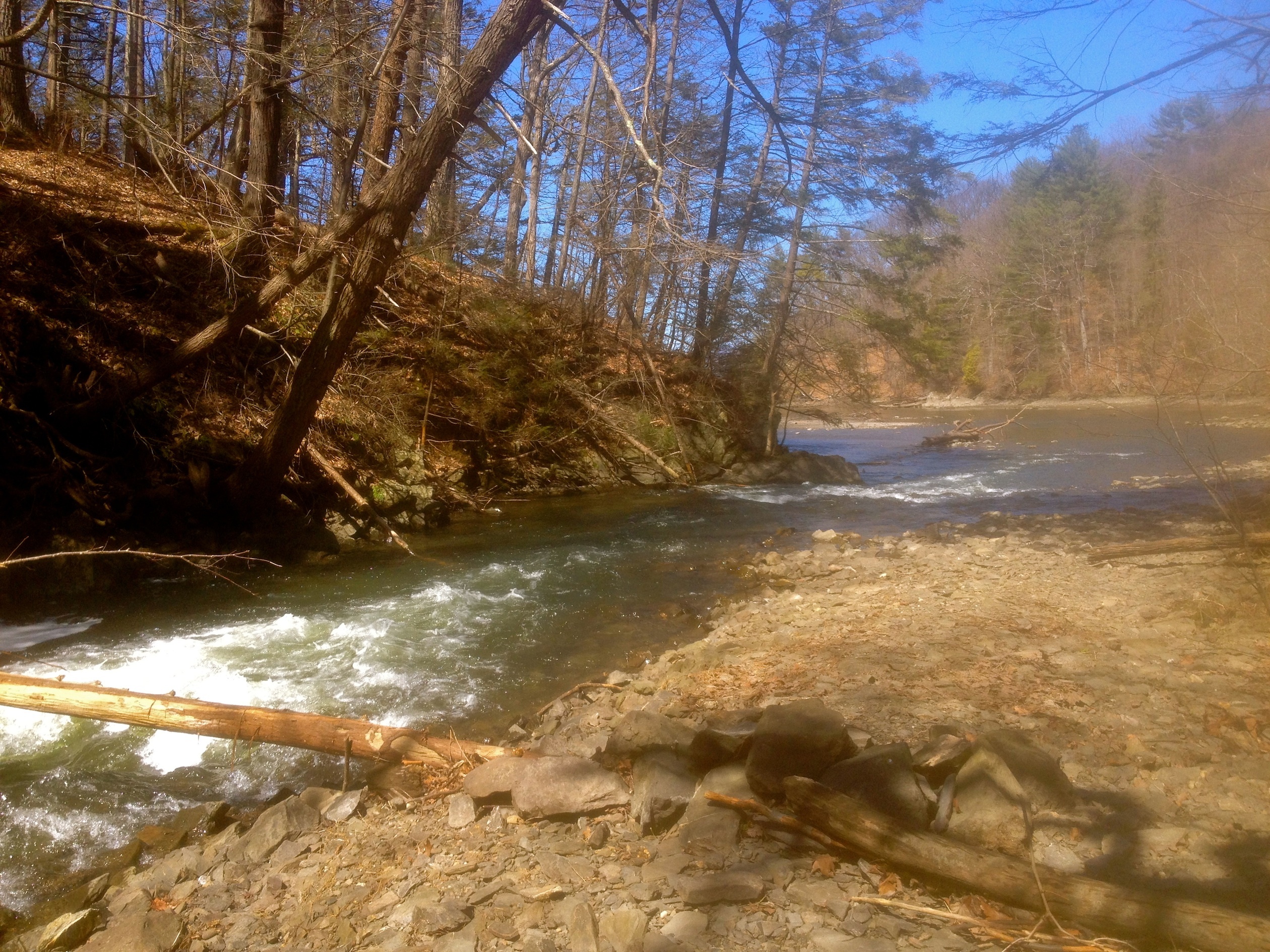 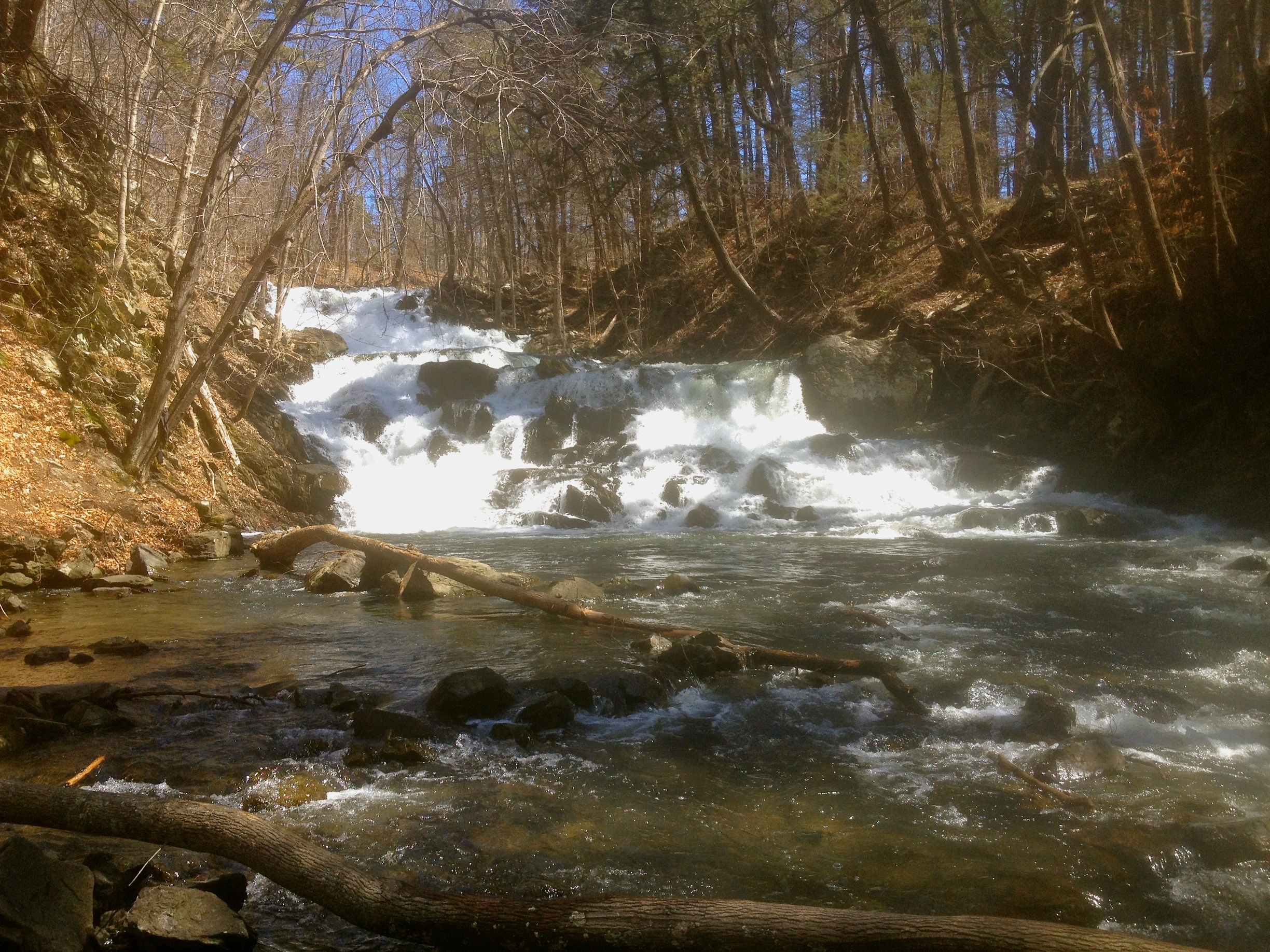 Fish were also harvested in mass during spring spawning runs, when enormous quantities of anadromous (migratory) fish, such as shad and herring, were caught in the turbulent waters at the mouth of the Saw Kill Creek. It was said that, during spawning runs, a man could walk clear across a stream on the backs of shad.  They could be harvested extremely efficiently and were caught by simply lowering a net into the Creek. These fishes were smaller than fishes caught in the deep water channel and resided lower on the food chain. A larger number of fish was required to match the caloric value of a fish such as the sturgeon but these fish were abundant, easily caught, and offered different nutritional value due to their diet lower on the trophic cascade.  In the spring, Native Americans would congregate near the Saw Kill’s lower waterfall, where they would make a large camp. Waterfalls were important, sacred locations for many Northeast peoples, and evidence of a communal fireplace near the Saw Kill indicates the site’s usage as a place of gathering and ceremony. The waterfall was also what made the spawning runs possible, as the disturbed, roiling water was high in oxygen. After spreading out during the winter, Native Americans would gather communally to harvest fish, feast, celebrate, and mourn the dead. Thus, spawning runs represented a time of community–an opportunity to share traditions, stories, and the great wealth of the season. 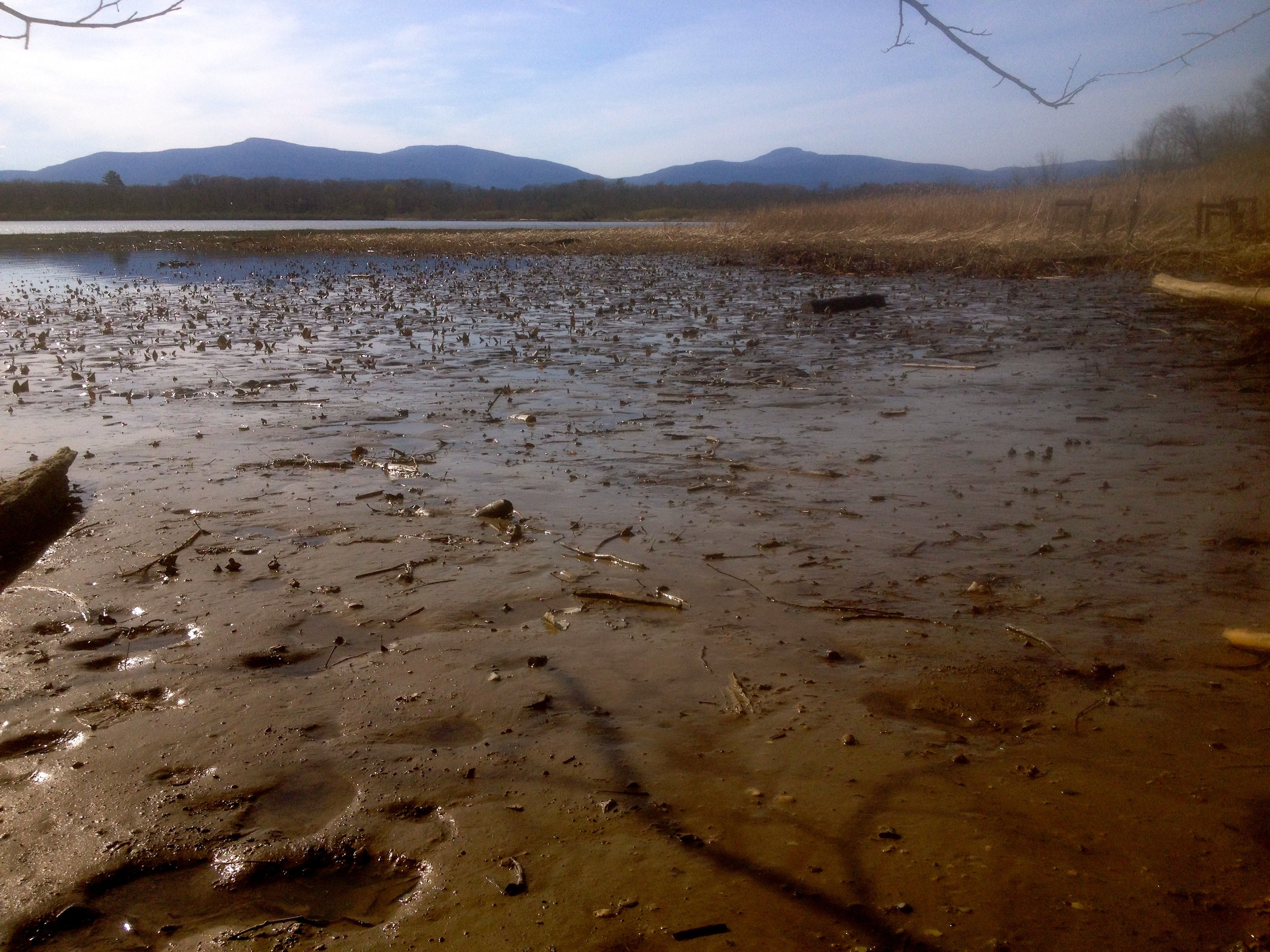 Tidal conditions in the bays created a diverse environment that supported a wide array of life. In addition to the abundance of fishes, clams and mussels were also harvested from the shallow water and mud.  These shells were deposited in middens, dating back to the Late Archaic Period. It is likely that, as sea levels rose and the bays began to form, mollusks became available and were a prominent attractor for the earliest inhabitants of the Tivoli Bays. Mollusks were abundant and easy to harvest, and constituted an easily-obtainable source of high-protein food. Harvesting mollusks would have represented a seasonal respite from the demanding winter hunts.