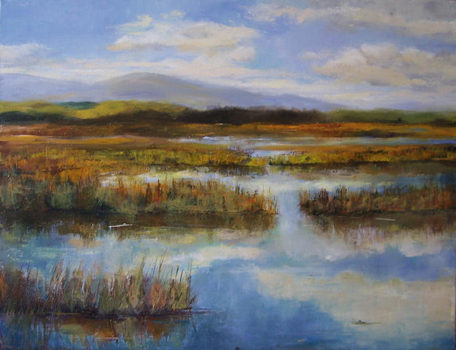 Early humans in the northeast were mobile and derived their livelihood primarily from hunting. Archaeological findings and ethnographic analogy indicate that Paleo-Indian groups were small, migratory, and ate a diet consisting primarily of large mammals. These people hunted mammoth, mastodon and caribou in the late Pleistocene and continued their hunting tradition into the Holocene. Tundra conditions were replaced by forest and hunting practices were adjusted to target moose, bear, elk, deer, and beaver.

The earliest evidence of human habitation of the Tivoli Bays dates to the middle Archaic Period, a period defined by a wide array of hunting and gathering traditions. As in the Paleo-Indian Period, Archaic peoples were mobile and generally maintained small social groups. Seasonal migratory practices enabled humans to harvest both woodland and aquatic resources.  Because of this reliance on multiple subsistence practices, the Hudson Valley, and particularly the Tivoli Bays, would have been an attractive destination. Archaic peoples could have harvested spawning shad and alewife in the Saw Kill Creek during the spring, fished for sturgeon and gathered clams in the bays and estuary during the summer, hunted deer, elk and other mammals in the fall, and gathered edible plants and nuts throughout the year.

The Woodland Period is defined by the emergence of more intensive subsistence practices, division of labor, and the resulting complexities in social organization, defined by matrilineal succession of leadership. A primary characteristic is the domestication of plants in the Tivoli Bays, on the clay loam lacustrine plain at the College, from Blithewood to the Chapel and over to Manor. The Lenape ("people" in their Munsee Delaware language, or they may have used more localized community names) and Mohicans of the last millennium probably cleared garden patches for corn, beans, squash, wild spinach, sunflowers, and tobacco. Such horticulture likely offset seasonal food shortages. Semi-permanent settlements may have split into greater numbers of mobile family bands for hunting during periods of scarcity.