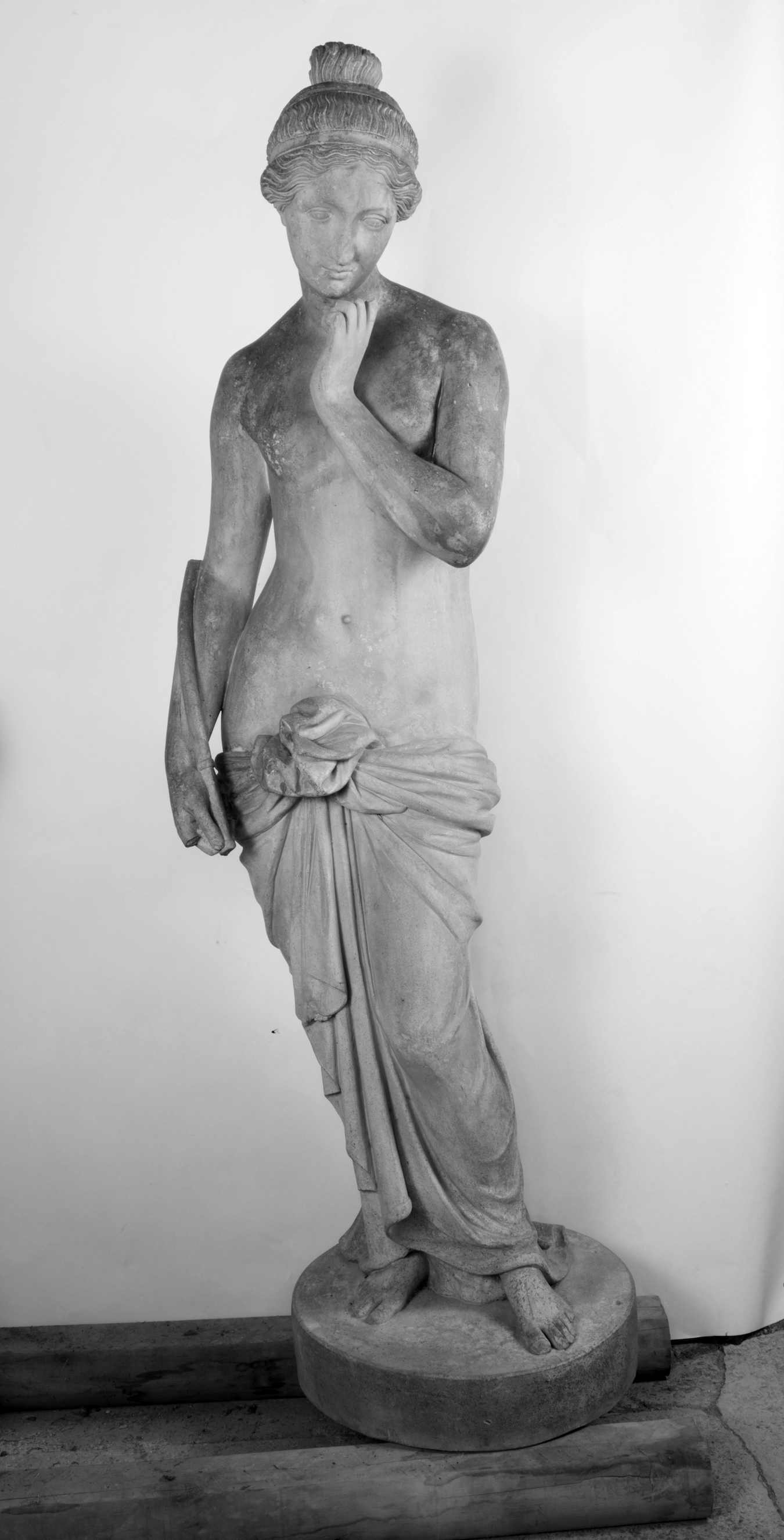 This figure of Psyche appears in the ca. 1876 catalogue of Galloway & Graff, a Philadelphia-based firm specializing in high-quality, terra-cotta ornaments for the home and garden. Although Galloway often borrowed design ideas from European manufacturers, this particular model of Psyche does not appear in the most oft-copied English and French source catalogues.

However, it is clear that the Galloway & Graff designers were familiar with European sculpture, as this figure is modeled after the 1847 marble Psyche Lamenting the Loss of Cupid by English sculptor William Theed Jr. (1804–91), which was in turn inspired by Danish master Bertel Thorvaldsen’s 1806 Psyche with the Jar of Beauty. Theed lived and worked in Rome from 1826 to 1844 and is believed to have studied under the tutelage of Thorvaldsen for some of that time. Theed’s statue of Psyche, along with the companion figure of Narcissus, was purchased by Queen Victoria in 1847, and is on display at Buckingham Palace in London. 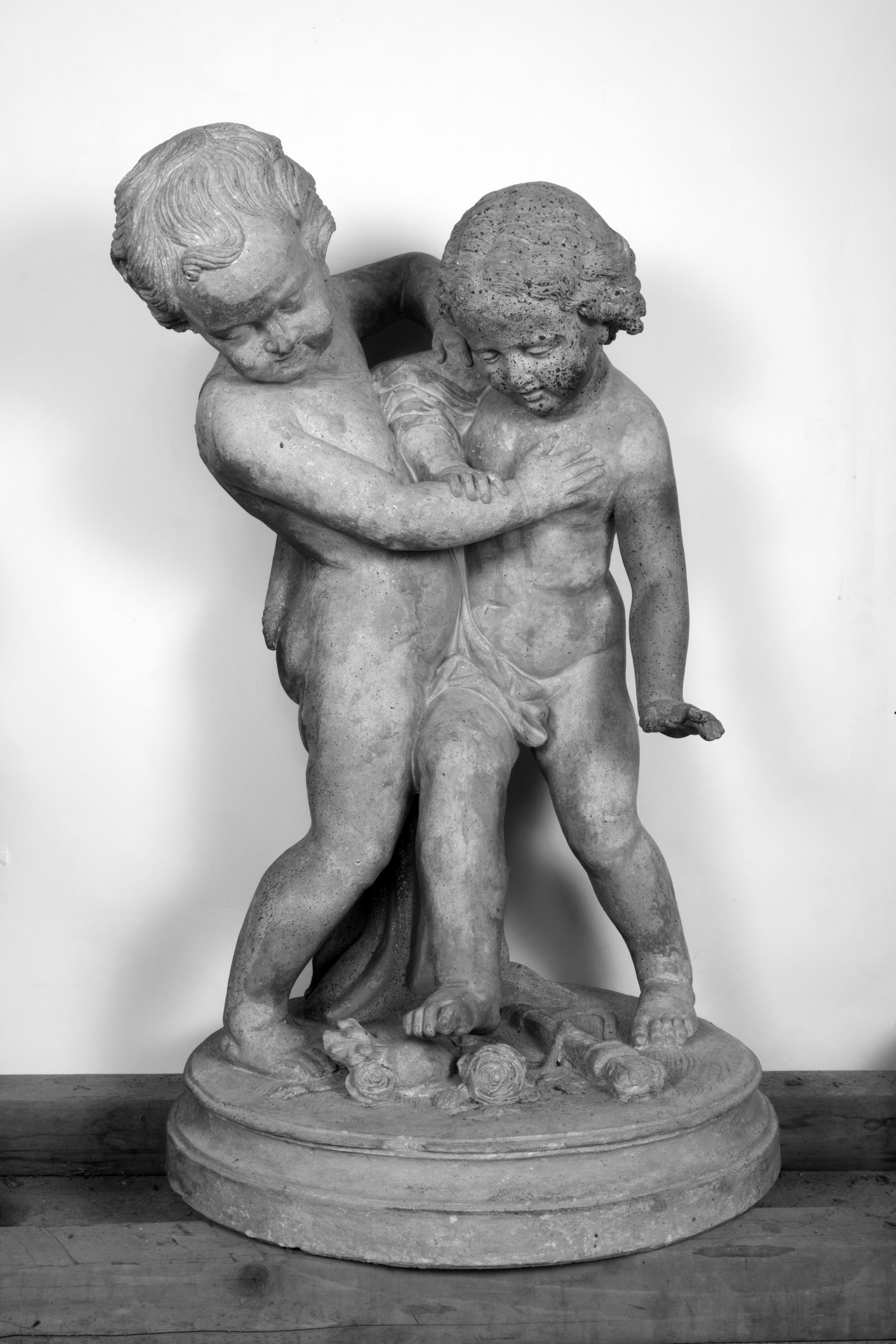 As was the case with many American garden ornament manufacturers, Tellier
borrowed heavily from the pattern books of European makers. This terra-cotta
group is pictured in the 1856 catalogue of French maker Gossin Frères. 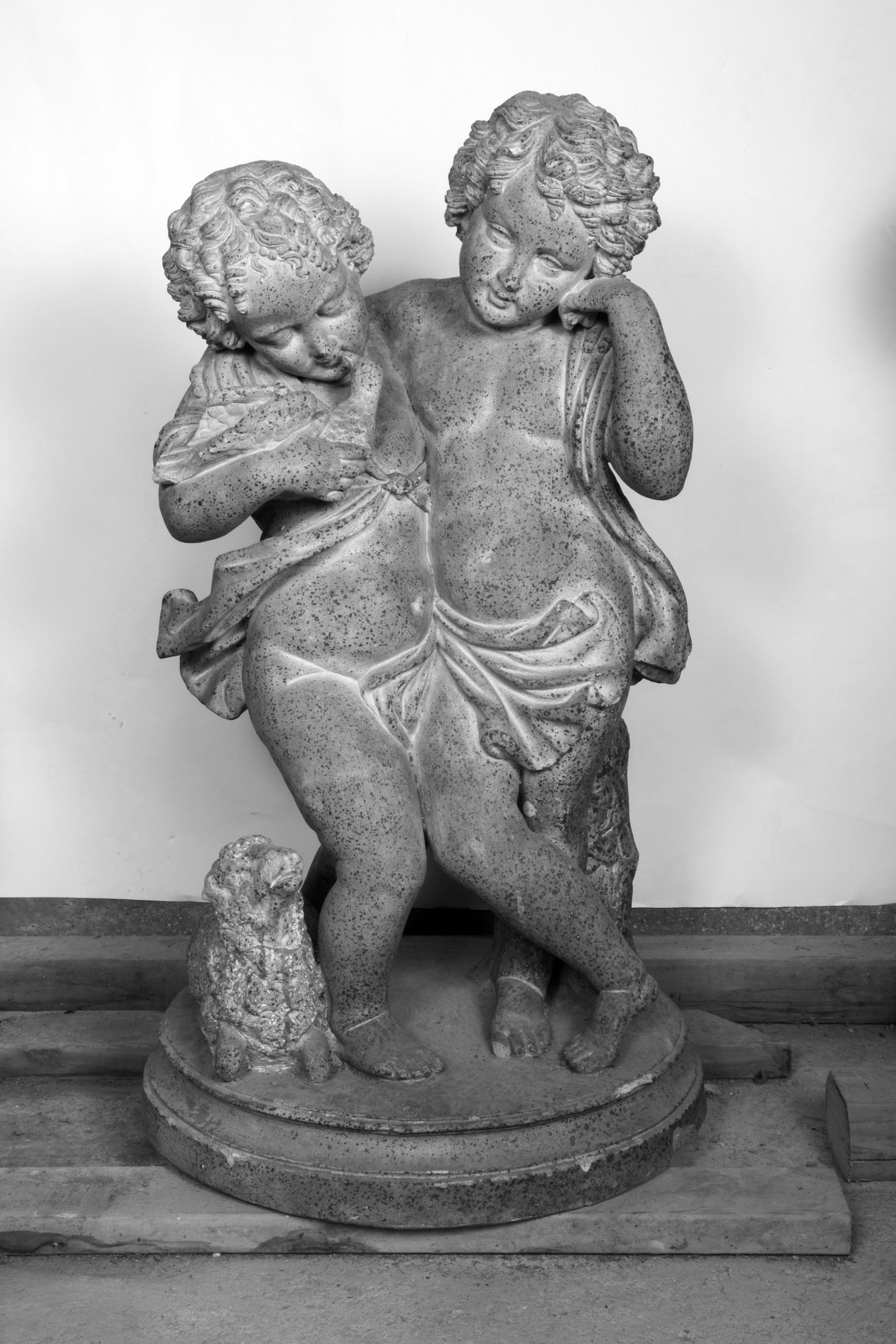