The owners of Montgomery Place—though far more privileged than the average
homeowner—nonetheless reflected the general fervor for garden decorating that defined the period. The estate’s extant collection of terra-cotta, cast-iron, and wrought-iron ornaments provides a perfect snapshot of period tastes. Even after cast iron had fallen out of favor at the end of the 19th century (corresponding with the emergence of grand, Gilded Age estates and the predilection for classical, Italianate marble ornaments), Montgomery Place was always in step with the latest fashion as illustrated by a classical marble bench likely acquired around 1890. 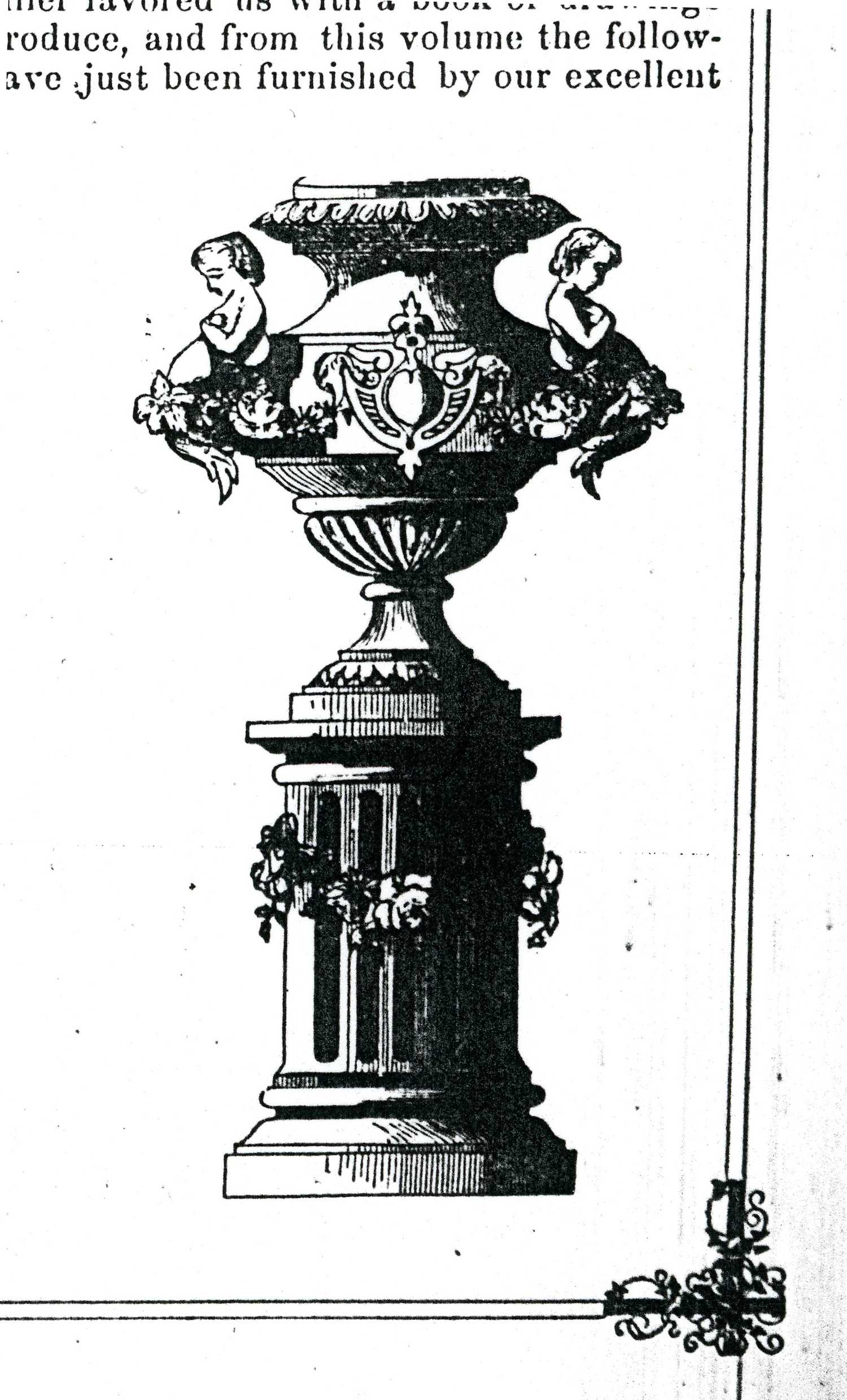 Ambroise Tellier, an Italian artist living in New York who produced terra-cotta ornaments for the home and garden, was written up in The Horticulturist in 1859. One of the statues still in the Montgomery Place collection bears Tellier’s stamp, and his firm likely provided the Bartons with other objects. 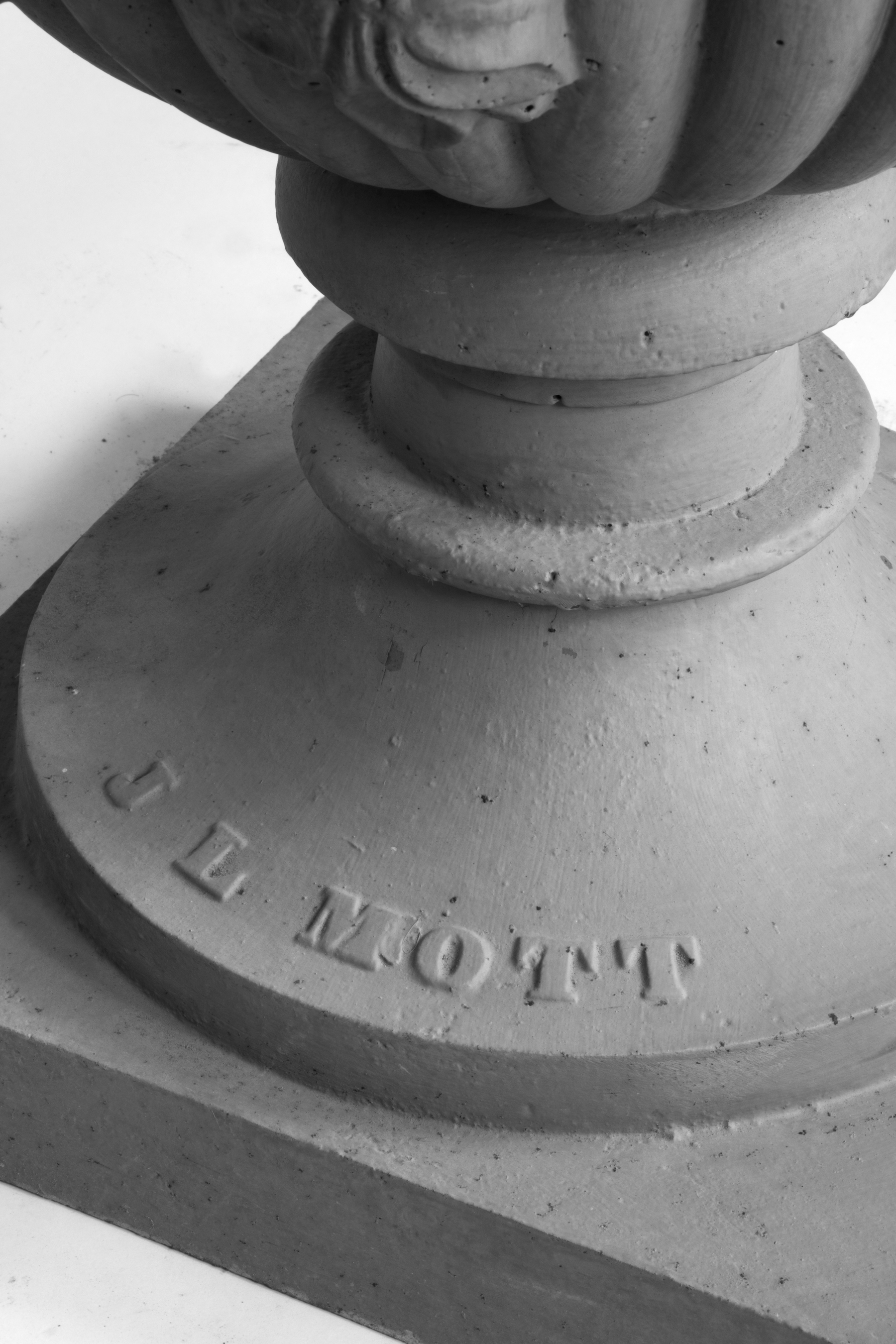 Additionally, the collection includes cast-iron urns by renowned iron manufacturers J. L. Mott Iron Works of New York City and Wood &amp; Perot of Philadelphia, along with wirework and wrought-iron furniture, plant stands, and trellises by a variety of makers.

The Conservatory and gardens at Montgomery Place received almost as much attention as the house itself, and for good reason, since the outdoor spaces permitted the aesthetics of the home to extend into the landscape. Cora Barton was herself an accomplished recreational gardener, but the bulk of the work was carried out by her staff of gardeners, most notably Alexander Gilson (ca. 1824–89), who served as head gardener from the 1840s until the 1885. Gilson, an African American born to a mother who was likely enslaved and raised at Montgomery Place, began propagating and tending exotic plants at the age of 12. In his position as head gardener he attained local recognition, despite working within a prejudiced society in which most people knew him only by his first name. A photo, purportedly of Gilson, from August 1861 shows him in front of the Conservatory, adjacent to a statue (one of the same statues that is on exhibit today, in about the same location). 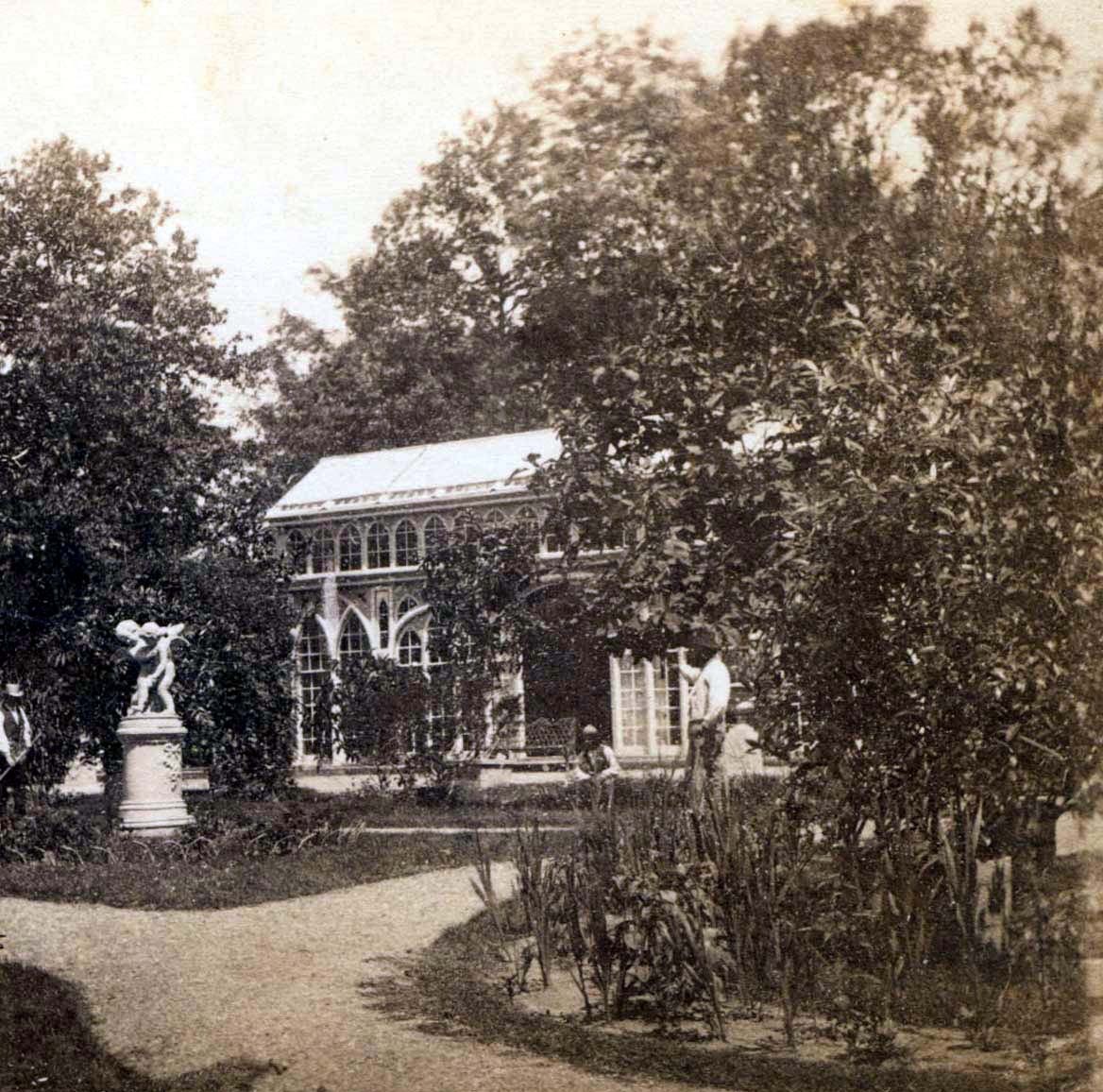 At Montgomery Place, Downing designed the gardens surrounding the jewel box–like
Conservatory directly across from the Mansion House (the Conservatory and garden are no longer extant). Although not documented in the letters that survive of Downing’s correspondence with Cora and Thomas Barton, he probably advised on the purchase of garden ornament as well as plants.

At its peak, the Montgomery Place grounds must have made quite an impression. Imagine elaborate arbors and wirework trellises filled with flowering vines, 15-foot-wide urns planted with the latest horticultural marvels and classical statues, all thoughtfully placed. This exhibition seeks to recapture some of the spirit of that period in American history when garden ornament was abundantly popular, and its possibilities profuse.