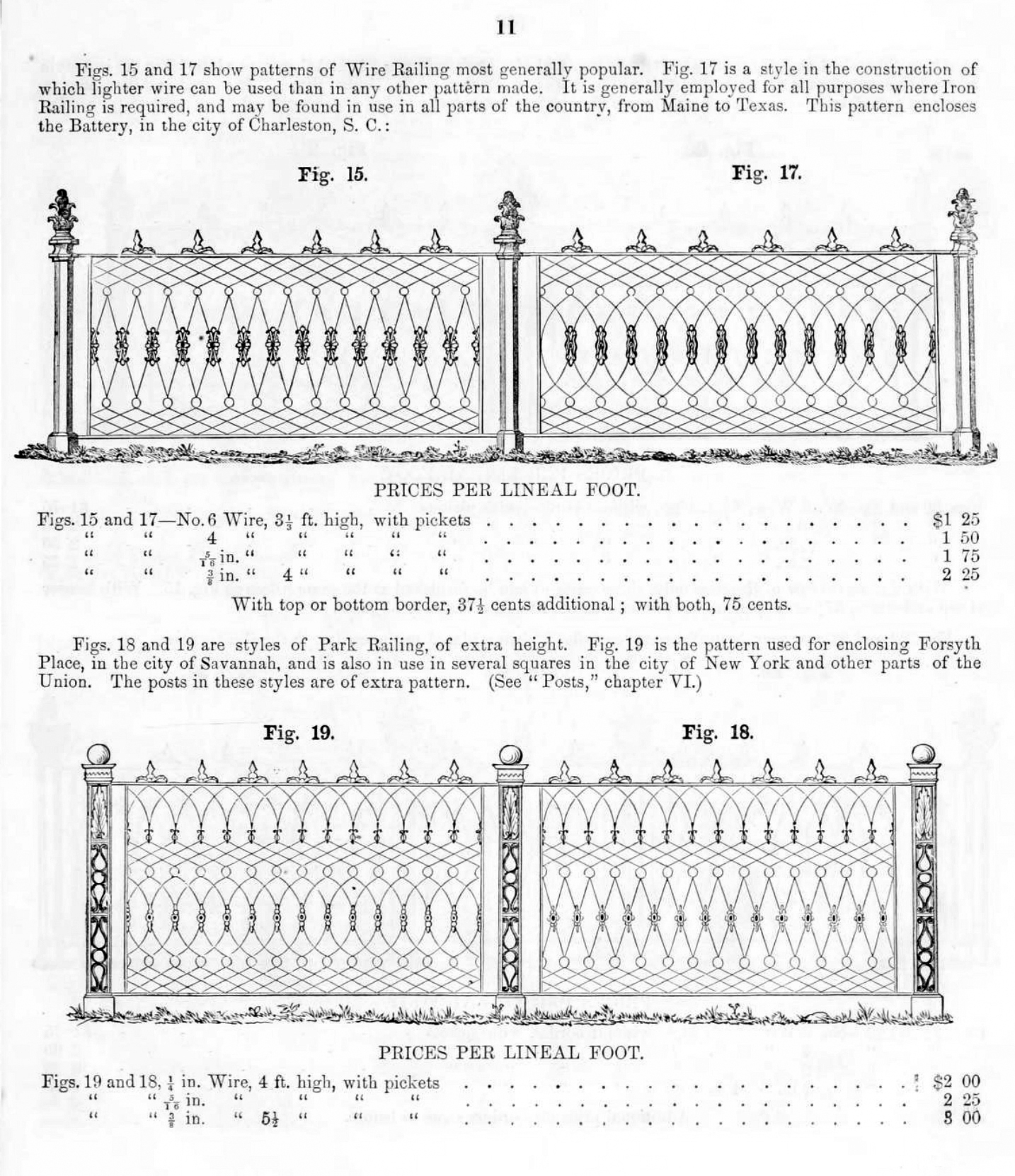 This wirework gate, though unmarked, is similar to gates produced by the New York
Wire Railing Company, a short-lived firm founded by John B. Wickersham in 1853.
Wickersham came to New York City from Philadelphia, where he had a similar
business. He held patents for furniture designs (dated 1847 and 1849) as well as for
ornamental railings. For the garden, the company manufactured summerhouses, tree
boxes, wire furniture, fencing, and animal statues; the firm also made architectural
and domestic items (balconies and hall stands). In 1857, Ira Hutchinson entered
into partnership with Wickersham, and in 1866, the company folded.

The New York Wire Railing Company, along with E. T. Barnum of Detroit,
M. D. Jones of Boston, and other outfits, tapped into the fashion for wirework
ornaments in the mid-to-late 19th century. While wirework no doubt appealed
for aesthetic reasons (the material was easily adapted to just about any shape and
style, in keeping with eclectic Victorian-era tastes), it was also representative of
the technological strides that had been made in iron manufacturing. As noted
in Wickersham’s 1857 catalogue, “recent improvements in machinery for [iron]
manufacture have much enlarged its sphere of usefulness. The manufacture of
wrought-iron has reached a degree of perfection. . . . Its hardness and intractability
have been rendered soft and flexible by the powerful embrace of the steam engine .
. . and, by the aid of machinery, articles are made which are not only cheaper, but
they are also stronger and more beautiful than anything previously constructed.” 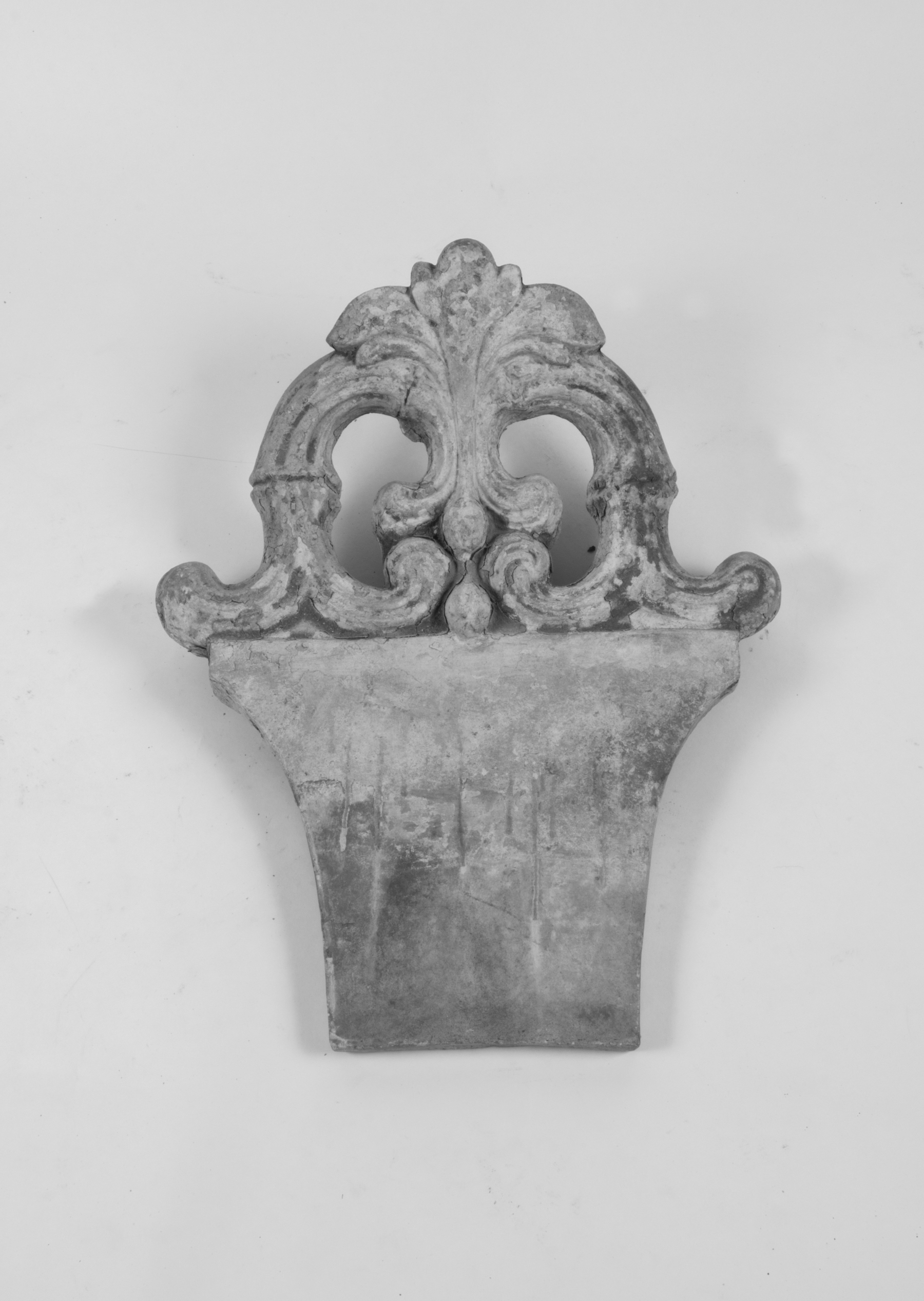 Similar terra-cotta edging tiles are pictured in the 1876 catalogue of Galloway & Graff of Philadelphia. Possibly made by New York City terra-cotta maker Ambroise Tellier (a terra-cotta statue with Tellier’s mark is in Montgomery Place’s collection), it’s likely that his firm provided several ornaments for the estate. 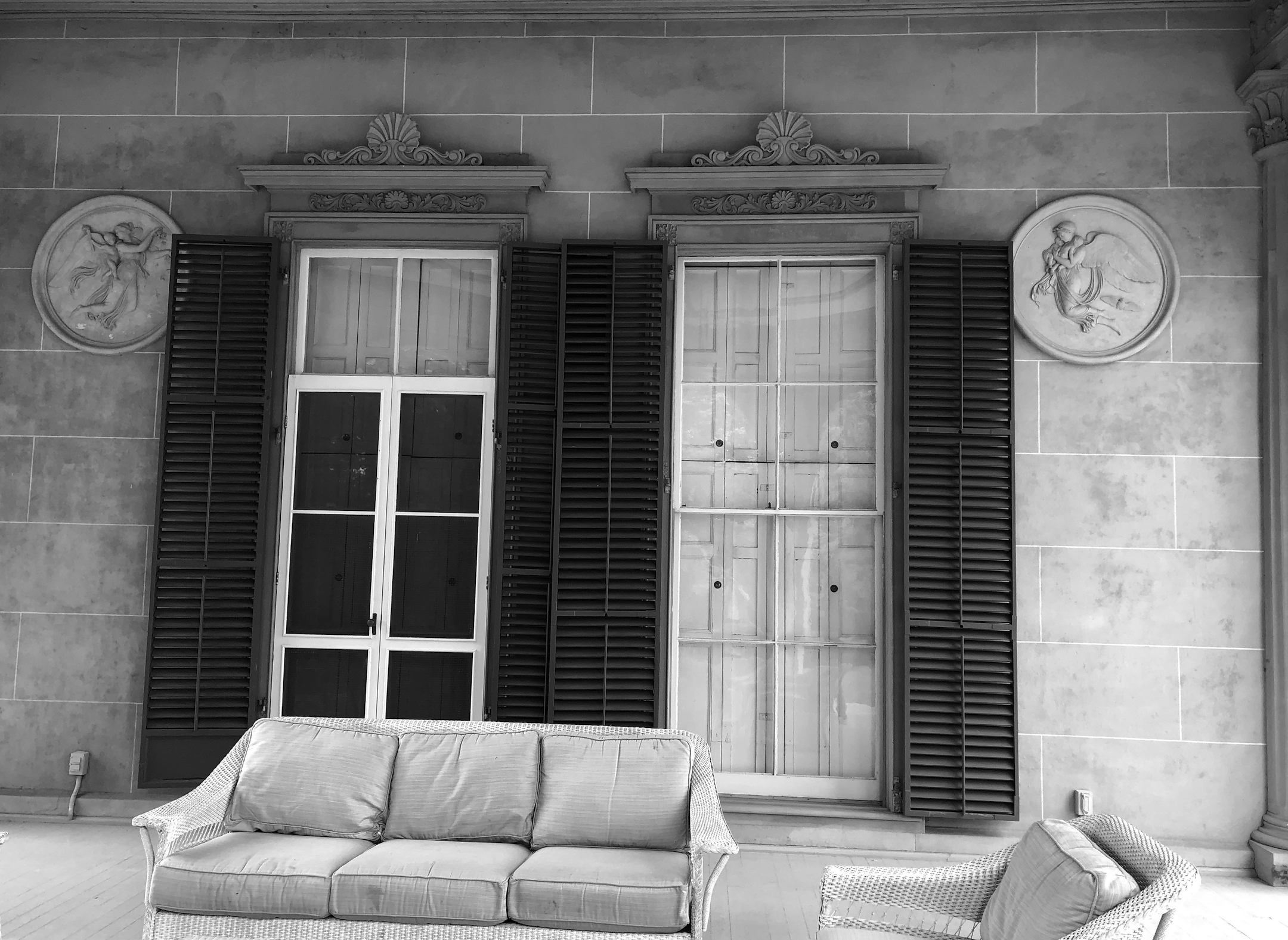 This pair of roundels, after Bertel Thorvaldsen’s oft-reproduced pair, depicts personified representations of Day and Night. Day is shown as a winged woman, flying across the sky with bunches of flowers in her hand. Holding on to her shoulder is a cherub clutching a flaming torch, a symbol of light and sun. Night is also depicted as a winged woman, serenely suspended in the sky. Her head is nodded and in her hair are poppy pods, known for inducing sleep. She is holding two dozing cherubs in her arms, with a flying owl at her feet. The roundels are installed on the north porch of the Mansion House at Montgomery Place, with Day placed at the eastern end of the mansion façade, and Night at the western end, to indicate the rising and setting of the sun.

Above: Pair of wooden architectural fragments in the Rococo Revival style, American, ca. 1840.

Representation of the Green Man originated in ancient Rome, but the symbol has
been found in the art, architecture, music, and literature of cultures around the
world. The Green Man signifies Nature’s bounty and the cyclical rebirth associated
with the growing season, making it well suited to decorate a conservatory or
greenhouse.

These panels are believed to have been installed on the doors of the wood and glass
Conservatory at Montgomery Place (built in 1840, demolished in 1880). The Gothic
Revival–style Conservatory, commissioned by Louise Livingston and Cora Barton and designed by Frederick Catherwood, stood on the lawn to the east of the Mansion House
and housed hundreds of exotic horticultural specimens.