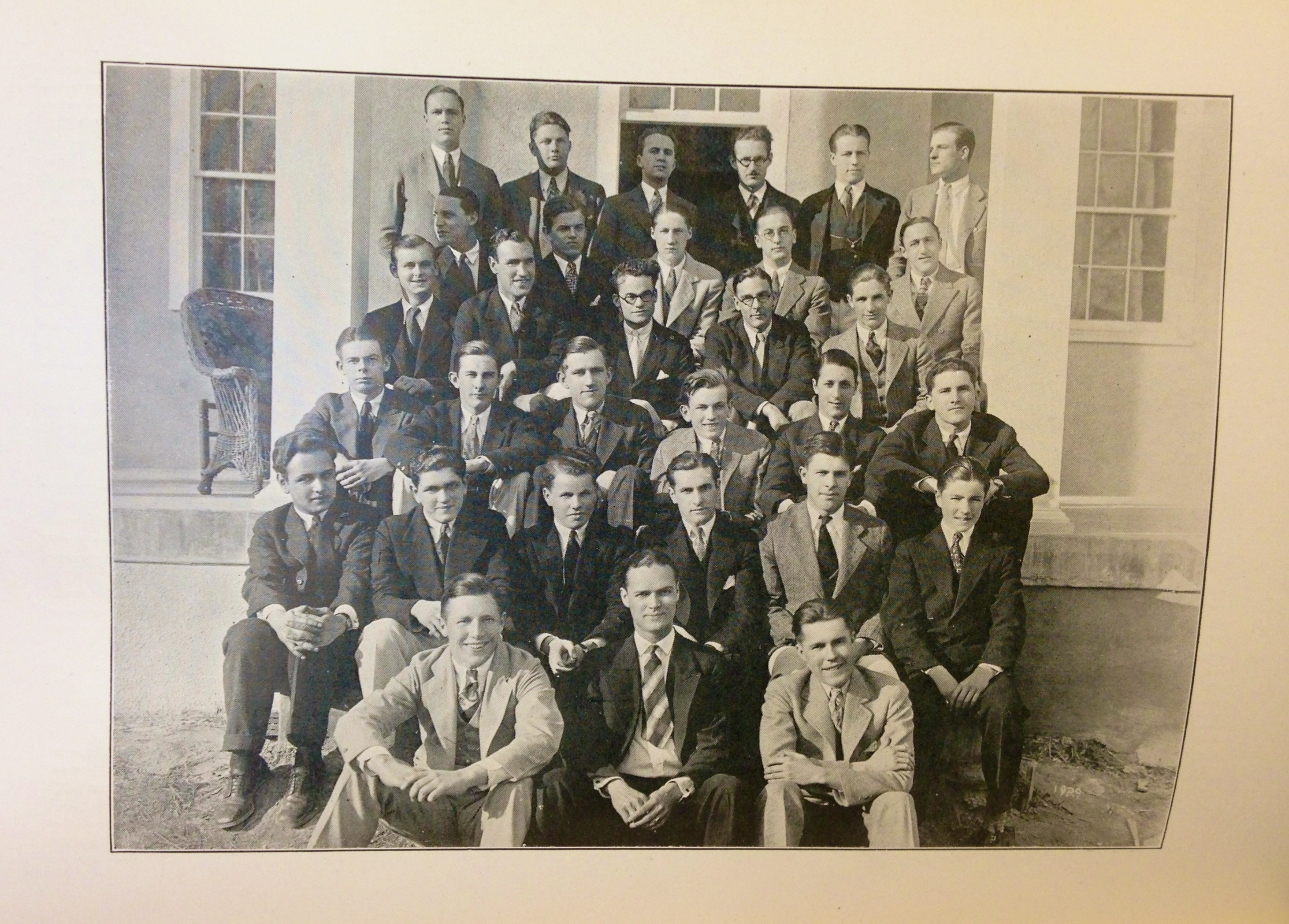 Kappa Gamma Chi members in front of original chapter house, before it was burned down by the college and rebuilt, 1929.

Kappa Gamma Chi was the second fraternity formed at St. Stephen's College. It came into existence in 1868, founded by honorary members of the Eulexian Society who had been expelled.

The Bard College Archives holds the ritual book of Kappa Gamma Chi from March, 1930. This book gives detailed instructions for the conducts of meetings. The secret moments of this particular society are partially revealed through this book of described rituals. However, this book, as well as many of the other fraternal accounts, is written in a sort of code.

"The meeting should start with the S.C.O. saluting the group with the sword, he shall then go around to each member to receive the password." The book recounts how the so-called S.C.O. and other participants identified by initials participate in the meeting and rituals.

This note displayed on the right is the documentation of an amendment made to the Kappa Gamma Chi rule book. This amendment defines the differences between regular, full-time members and honorary members of the fraternity. It states that an honorary member is one who did not qualify for Active Membership, but can "enjoy all social priveleges and have full use of the Chapter House... Their membership shall be kept secret."

Although this particular note is from the Kappa Gamma Chi fraternity, this measure of membership existed for the other fraternities on campus as well. It was because of this precise reason that when honorary Eulexian members "disgraced" the society, they were expelled and formed Kappa Gamma Chi. It is known that both professors and women were given honorary membership the fraternities. 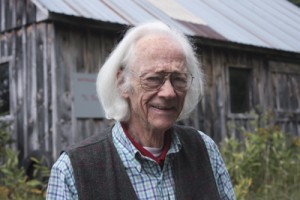 Francis Whitcomb is a very important person for the society. He was the last person to sign the Kappa Gamma Chi log book in 1947. This is the latest year of activity on record for all of the fraternities at Bard College. Francis went on to become a planning commissioner, a teacher, an advocate for the greater good of the public, and just this year, 2014, was named Vermont Citizen of the Year.

Francis and the rest of the Whitcombs were a major Kappa Gamma Chi family. There were six Whitcombs in total who attended St. Stephen's / Bard College, almost all of whom were members of the KGC fraternity. The earliest Whitcomb to attend was the Reverend James L. Whitcomb and he graduated in 1914. The Rev. James was Francis Whitcomb's father. Francis's cousins Paul, Thomas and Robert graduated in 1927, 1957 and 1965, respectively and his brother David graduated in 1939.

James, Paul and David were all members of the Kappa Gamma Chi fraternity. The Rev. James L. Whitcomb became president of the society's parent organization and played a major role in keeping the fraternity running in 1940 when there was a very controversial vote to dissolve the society (See final section of this exhibit).

The Rev. James L. Whitcomb left St. Stephen's and became the headmaster at the Hoosac School, where his two sons attended. He was a speaker at the 1940 Bard College Commencement, just a few years between both of his sons' graduations from the College.