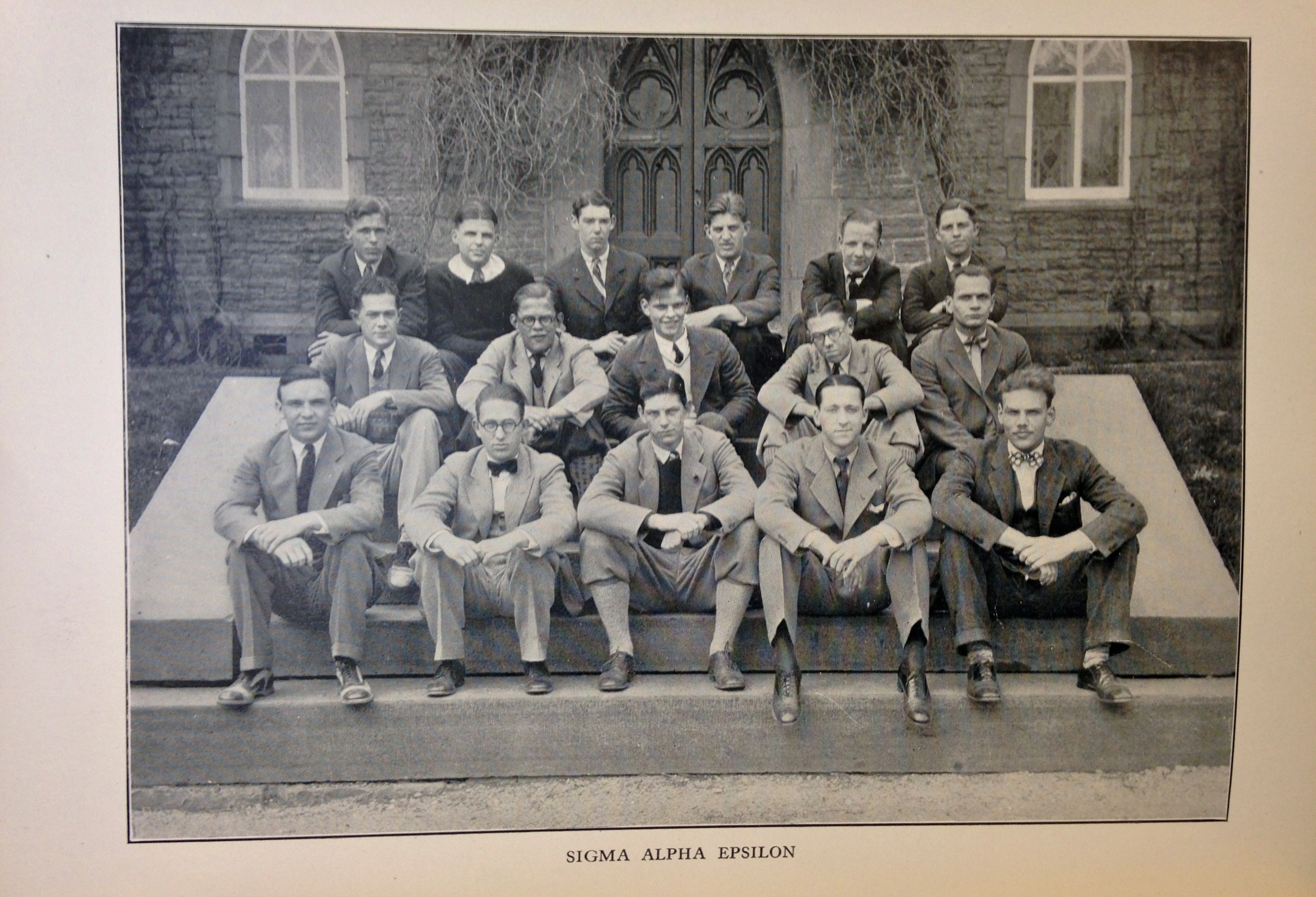 Sigma Alpha Epsilon was formed in 1869 when a second group of Eulexian honorary members were expelled. The fraternity was the first and only national fraternity to exist on campus. There is only one single book from the SAE fraternity in the Bard College Archives and it is the national book of rules and regulations. It states that the Sigma Alpha Epsilon mission is to "promote the highest standards of friendship, scholarship, and service for our members based upon the ideals set forth by our Founders and as specifically enunciated in our creed, 'The True Gentleman.'" 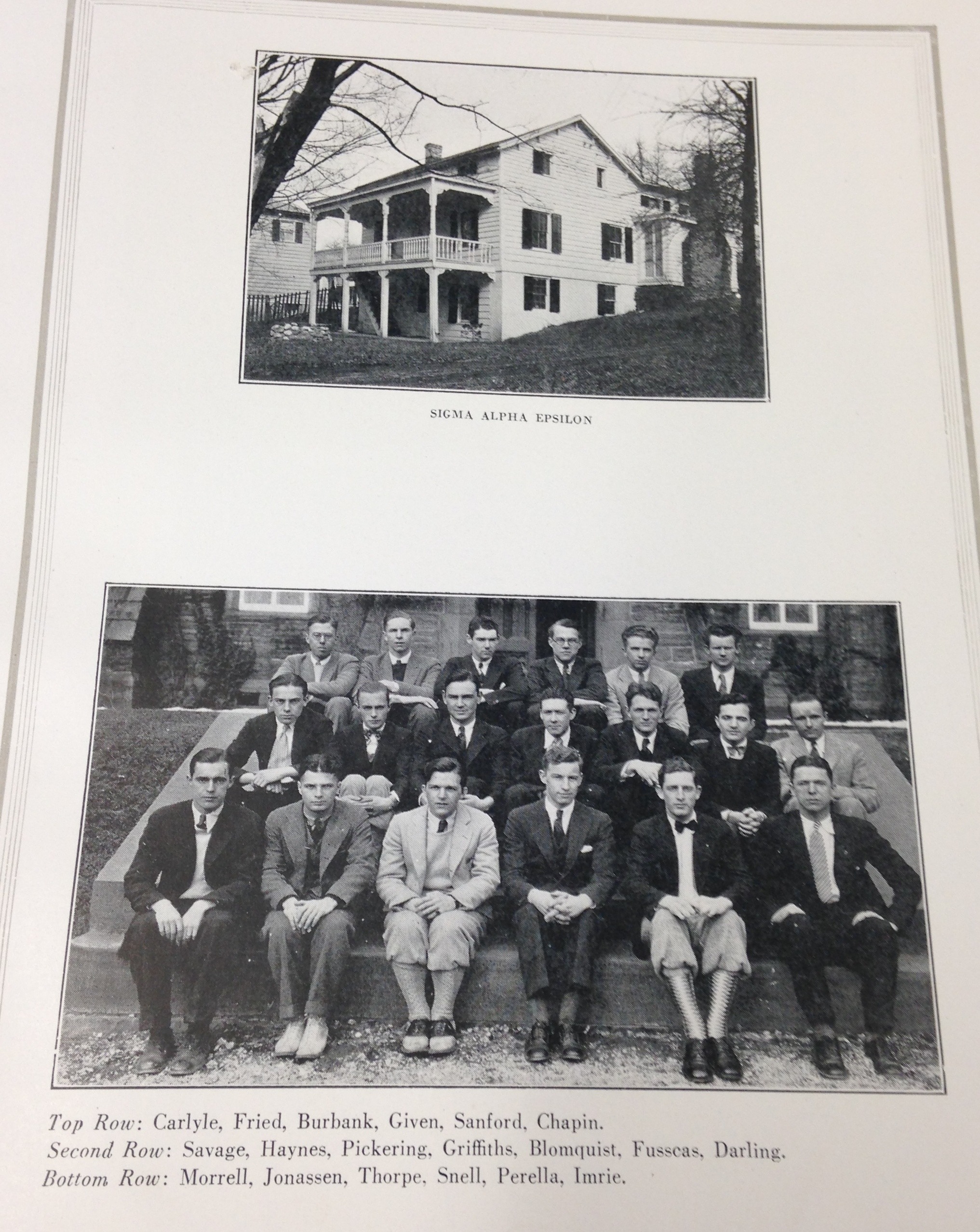 Sigma Alpha Epsilon was founded in 1856 at the University of Alabama. It expanded primarily in the southern states during its first few years of existence, but after the Civil War there was greater expansion to the north and west. St. Stephen's College was a part of that expansion. The SAE motto is "Be True," and unfortunately it is hard to tell in what way the Bard College chapter upheld that mission.

Shown to the right is an image of a page from the 1929 Bard College Annual. In the top half of the page, the Chapter House for Sigma Alpha Epsilon is shown, and below is the group of members from that year.