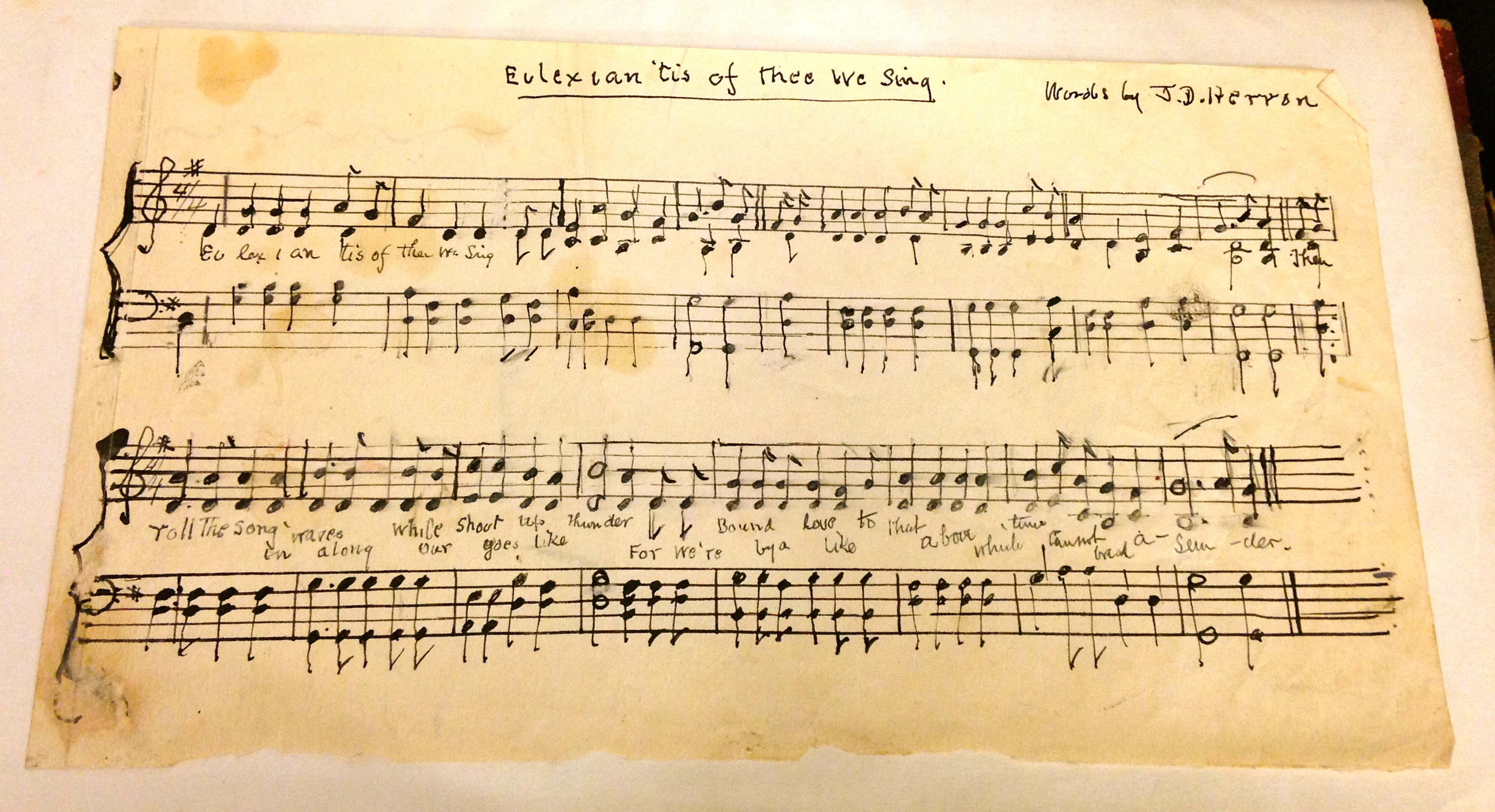 Eulexian, 'Tis of Thee We Sing.

The Eulexian Society was the first society formed at St. Stephen's College in 1860. Eulexian was created as a literary society but was commonly referred to as a fraternity, even more so when the two other fraternities, Kappa Gamma Chi and Sigma Alpha Epsilon, came into existence. It was founded by Ellis A. Bartlett, William H. Davis, Francis Harrison, and R.B. Post "under the auspices of the Board of Trustees of St. Stephen's College" in the first semester of the college.

Historian Carolyn Dewald offers an educated speculation as to the meaning of the name of the fraternity. "Lexis is one of the five basic categories of rhetorical education and means 'verbal style,' 'word choice,' 'appropriate syntax.'" She goes on to elaborate that the name offers "everything that might show you what kind of person the speaker is, in education and aspiration, through his or her manner of speaking." The 'eu' = 'good' or 'well' in conjuction with the suffix makes a complete meaning of 'well spoken.' Though this is an approximate definition, it is befitting of what the society represented.

The Eulexian Society held meetings at least once a month and kept handwritten minutes. Members were nominated and elected to determine what post they would hold in the society be it president, treasurer or scribe. All major motions or votes were recorded in these meeting notes as well as less significant comments. This fraternity was very well documented from the time of its inception to its disbanding. The fraternity would send out written instructions to new pledges and members specifying an activity that needed to be completed in a certain amount of time and with the utmost secrecy. 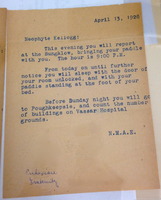 Charles Flint Kellogg was an active member in his time at St. Stephen's (1928-1931) and saved the cards sent to him by the older members. On the left, two of the cards sent to him are shown. They are a small window into the secret practices of the fraternity. These cards offer an image of early hazing that occurred in fraternal life. Although the full details of these tasks are not known, it can be assumed that there were many layers to these demanded tasks. 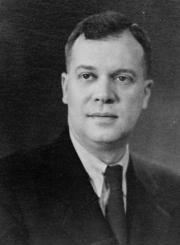 C.F. Kellogg, though a proud member of the Eulexian Society went on to play many more roles. After St. Stephen's, Kellogg earned a masters degree in history from Harvard University and later went on to receive a Ph.D. in history from Johns Hopkins University. He became a professor at Dickinson College from 1946-1977. There he taught history and played a critical role in establishing Black Studies courses, many of which he taught himself. He was an active advocate of the NAACP and wrote a history of the organization, published in 1967. He dedicated his life to public service and in 1978, Kellogg was named a Knight Officer of the Most Venerable Order of the Hospital of St. John of Jerusalem by Queen Elizabeth II of England. The first addition made to the Bard College Hoffman Library is the Kellogg Library, completed in 1973.