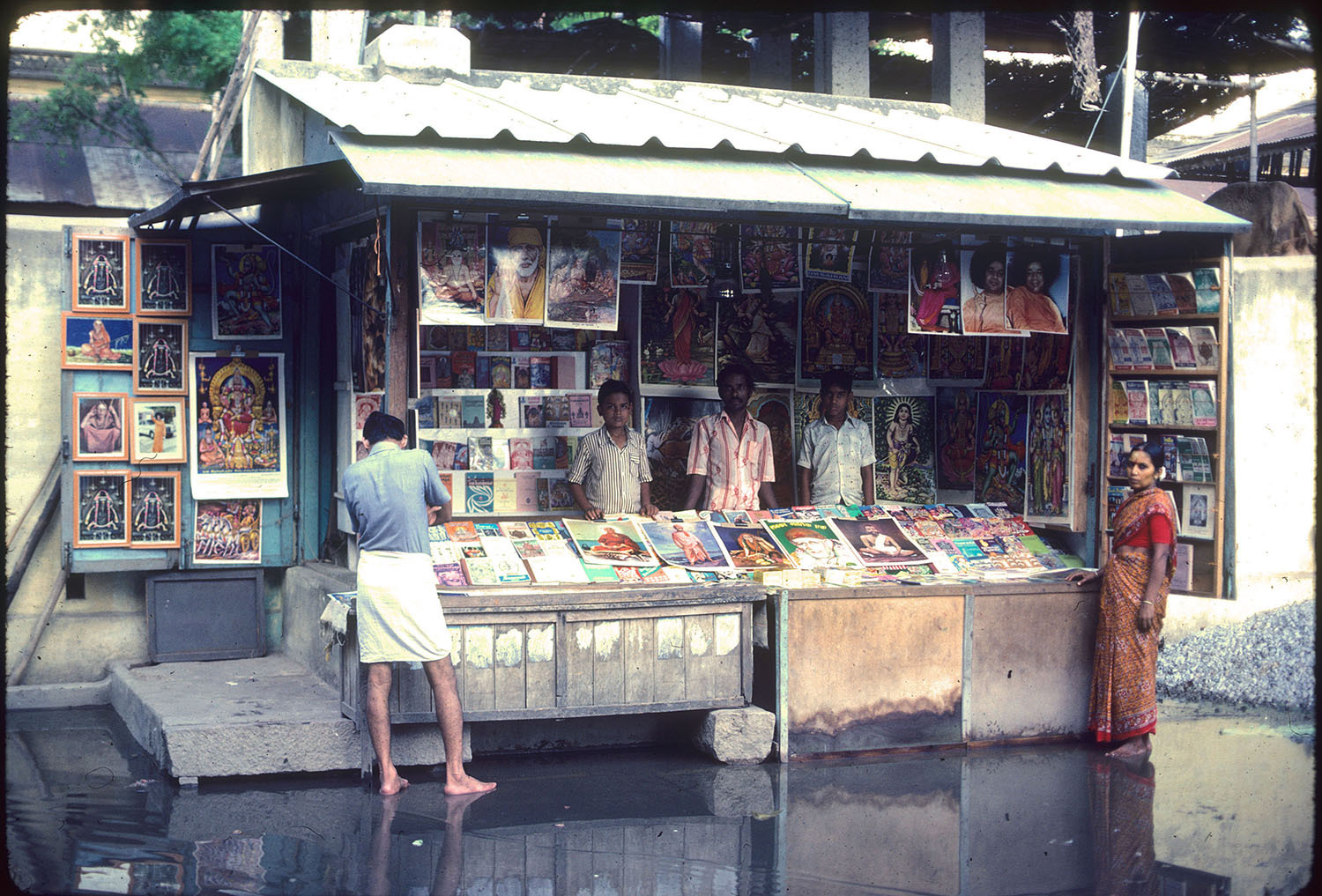 In India one sees them everywhere: bright wide-eyed Hindu deities, in poster form, perched above cash registers in restaurants and clothing shops, glued to the dashboards of taxis and buses, and framed on the walls of temples and home shrines. These mass-produced chromolithographs or "god-posters" occupy a central place in the visual landscape of modern India, but until recently they have remained far on the periphery of scholarly attention.

Vendors and shops from top to bottom: 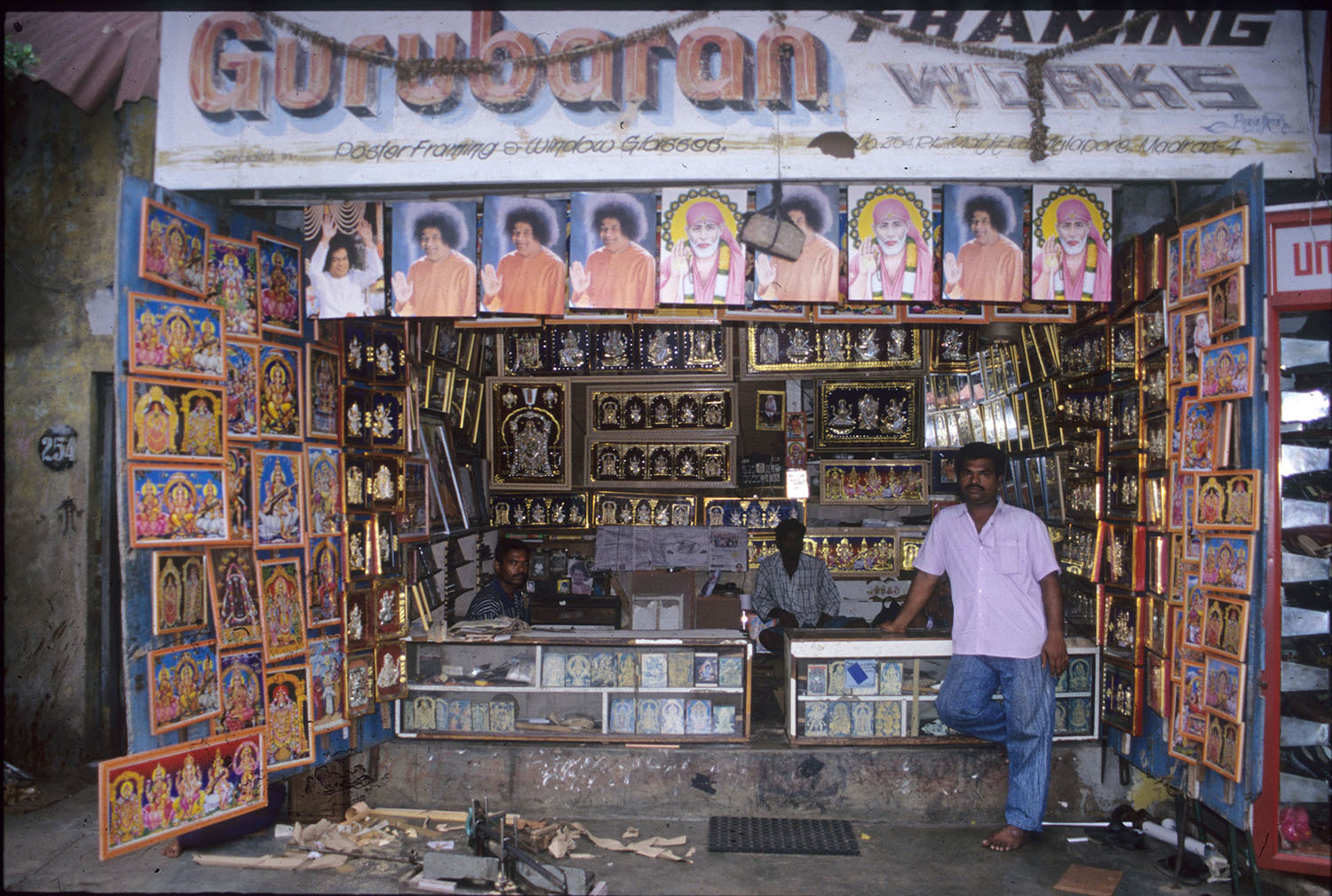 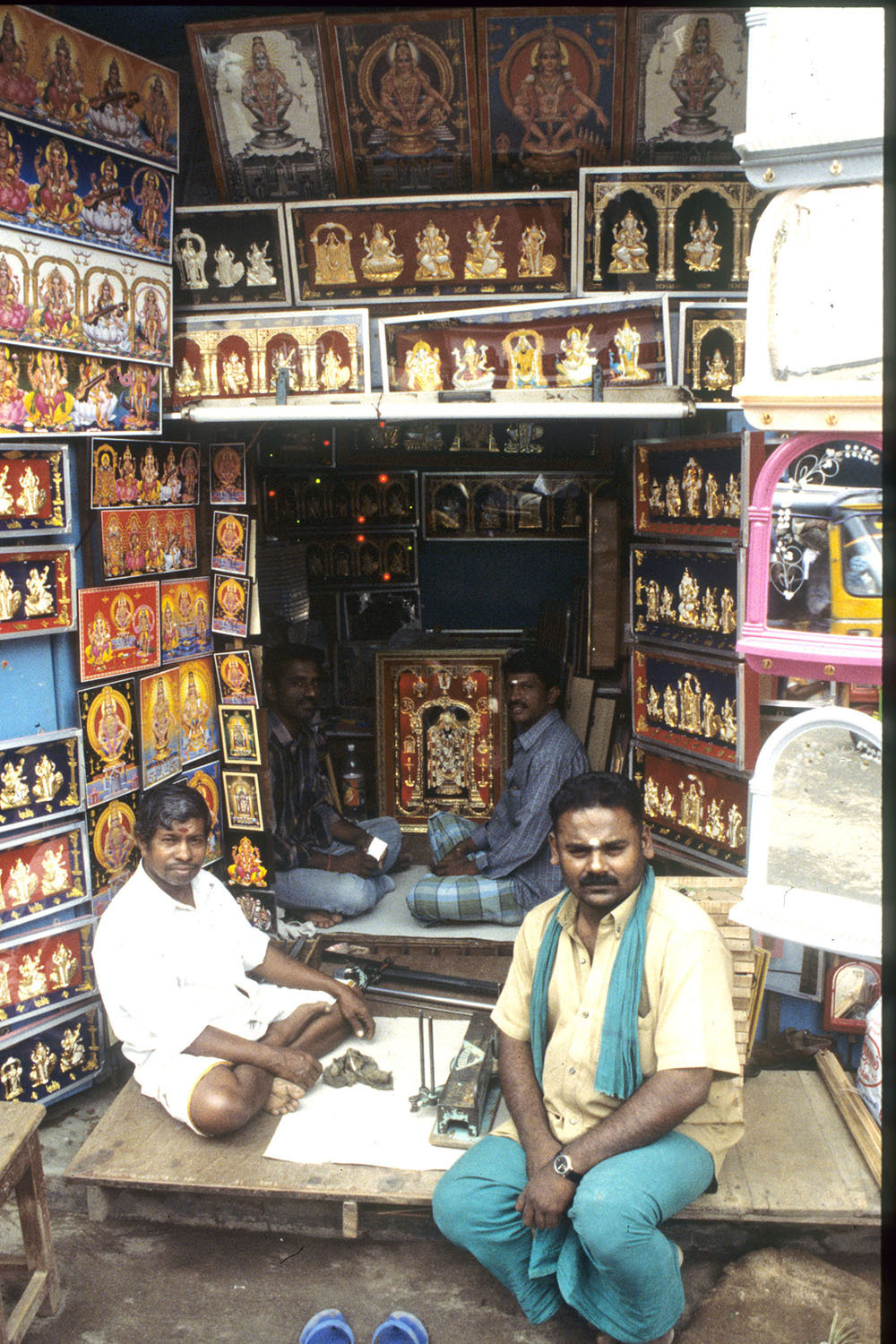 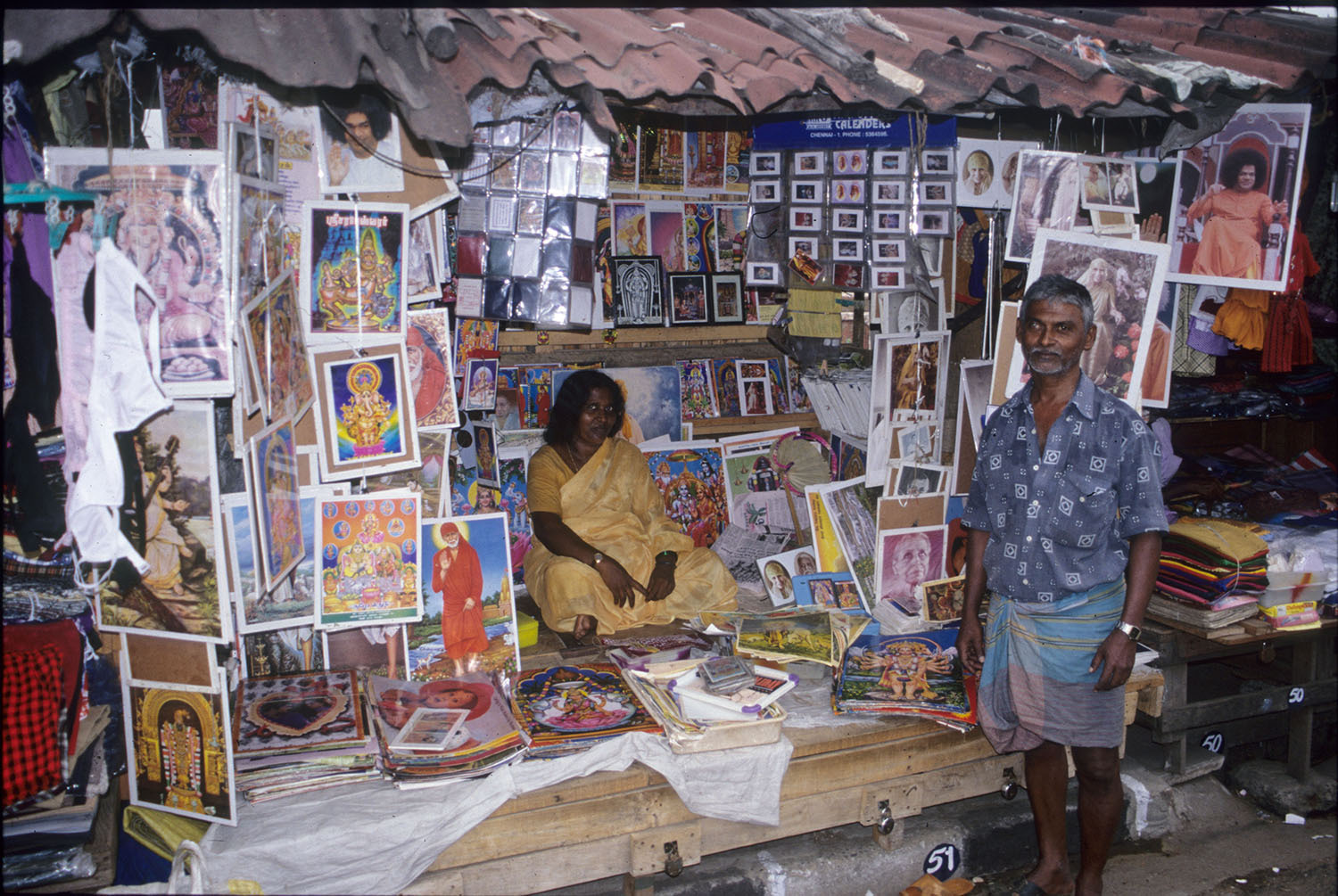 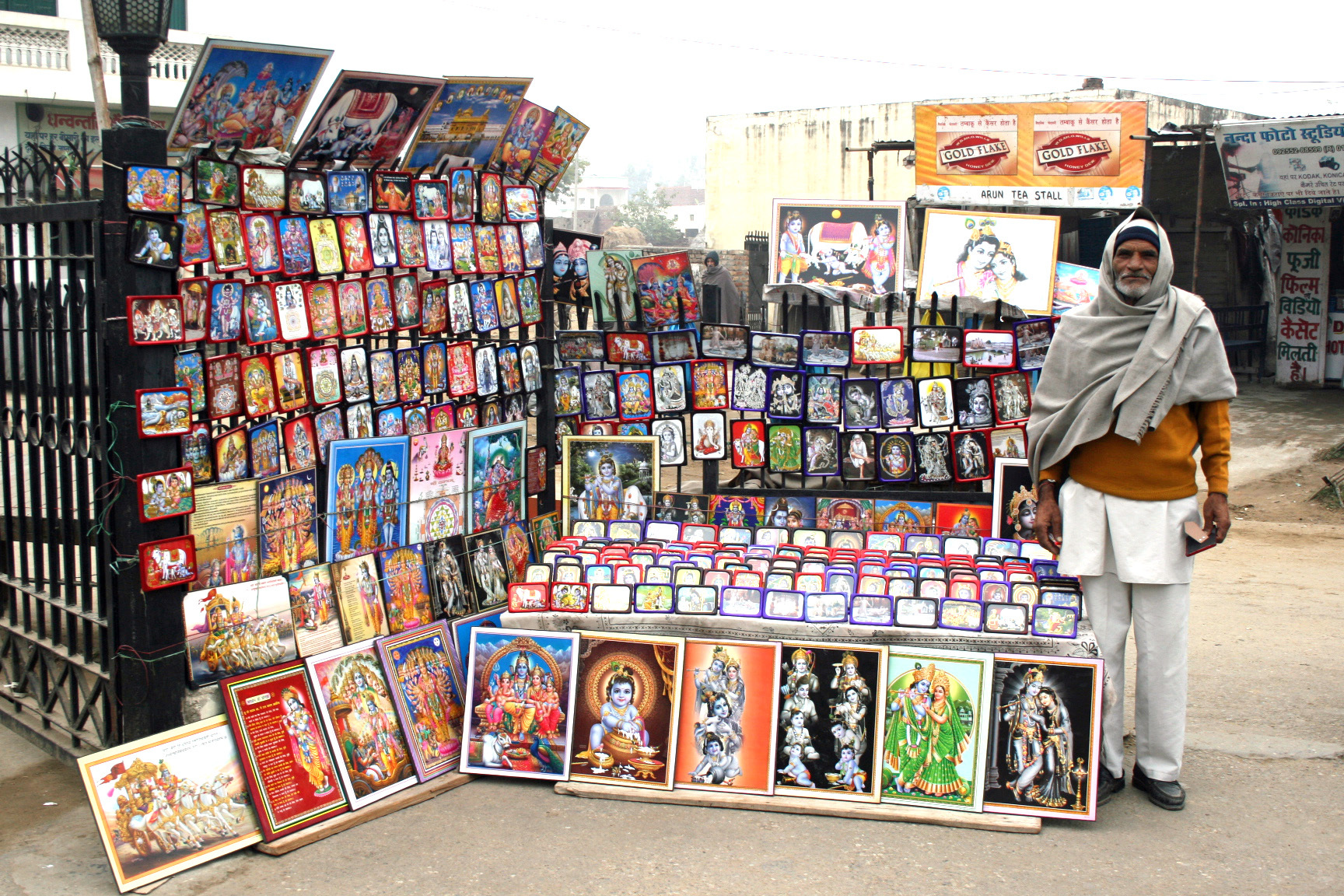 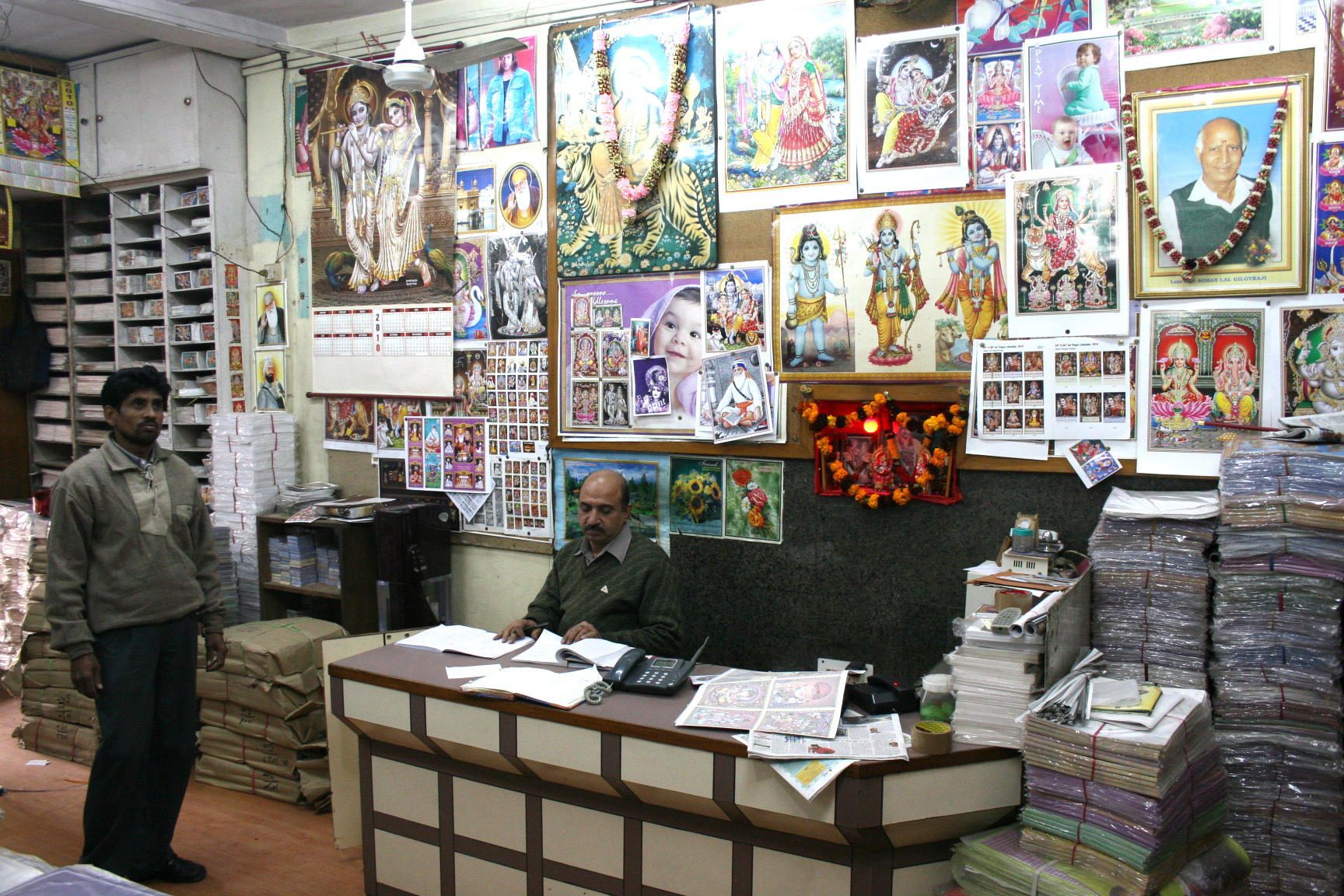 ← About the Artists
Four Goddesses →
Vendors and Shops