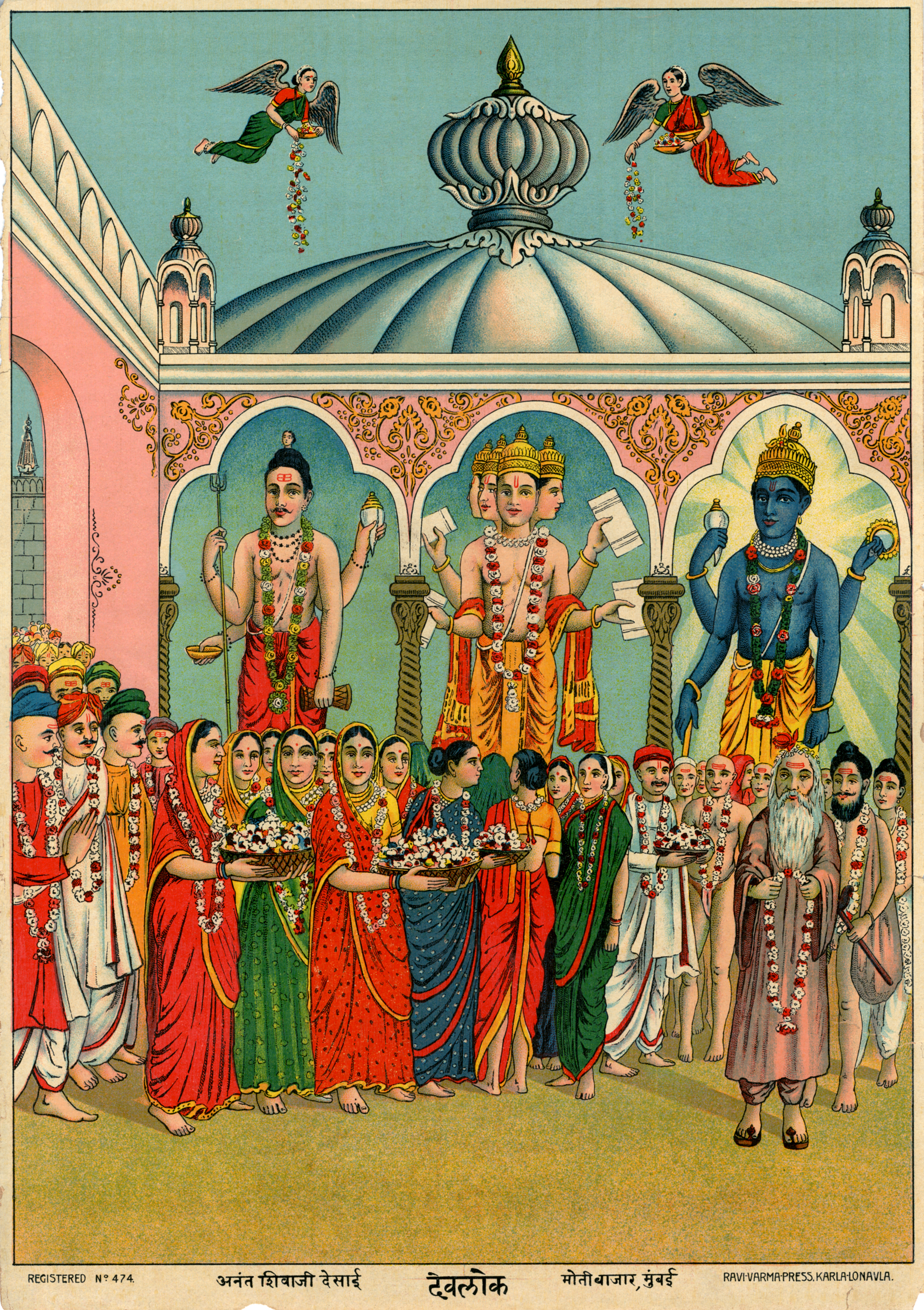 The God-poster industry allowed the construction of new pantheons, but this early print published by the Ravi Varma Press (but not designed by Ravi Varma) depicts a longstanding Hindu pantheon made up of three principal deities: Shiva, Brahman, and Vishnu.  The artist has placed large living figures in a three-alcoved shrine, with a host of male and female worshipers in the foreground. 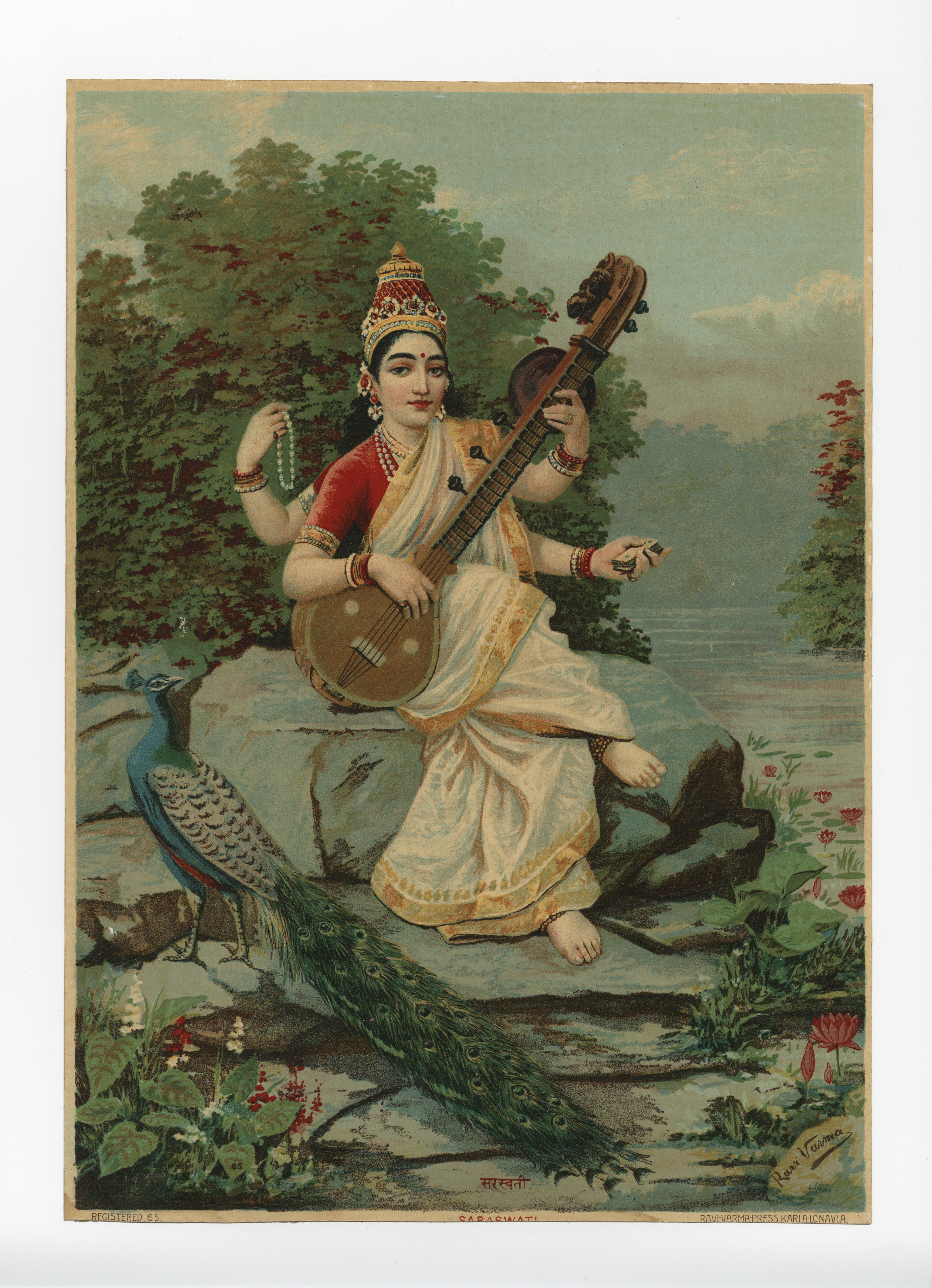 Sarasvati is the Hindu goddess of learning and of the arts.  In images of Sarasvati, she is often depicted playing the veena and holding a palm-leaf manuscript, signs of her role in promoting music and knowledge.  Her characteristic animal-vehicle is the swan, which symbolizes the ability to discriminate between good and bad.  This goddess often presides over libraries in India.  When I studied in southern India, I worked at the Sarasvati Mahal Library in Thanjavur. The print here is a design by Raja Ravi Varma, the most acclaimed of all early print artists. 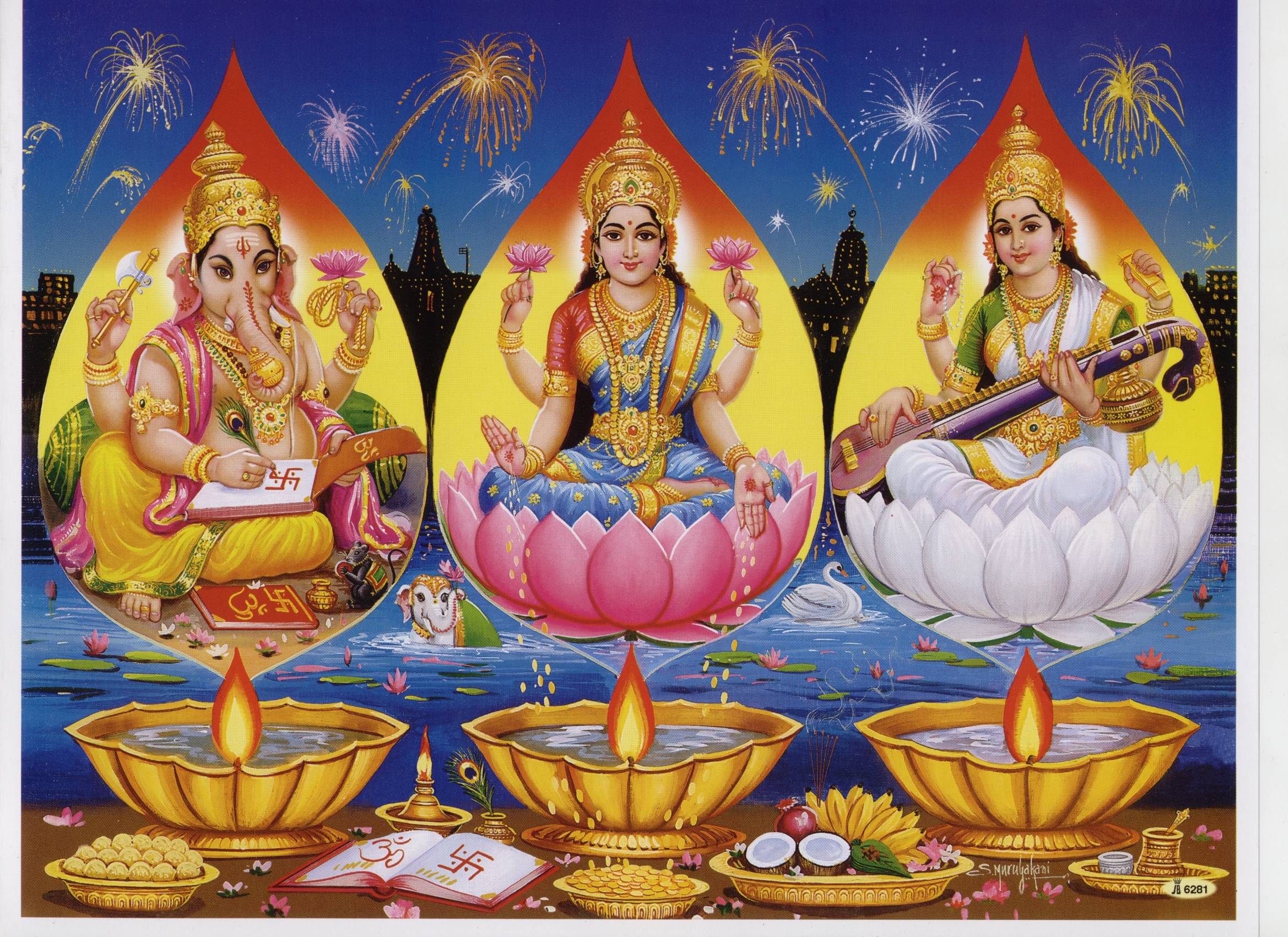