In the new Hindu pantheon, Ganesa is certainly one of the most recognizable and most popular of all Hindu deities.  He is often stationed as a guardian at entryways. He is the Lord of Beginnings, and the one who removes obstacles. Therefore he should be worshiped before all new undertakings.

Ganesa is the son of Parvati and of Shiva, though often Shiva’s paternity is in question.  Many stories explain the combination of his stout childish body and his elephant head. In God-posters, Ganesa is sometimes depicted as a votary of the Shiva-linga, the primary icon of his father Shiva.  He may also be shown in a more cosmic dimension. 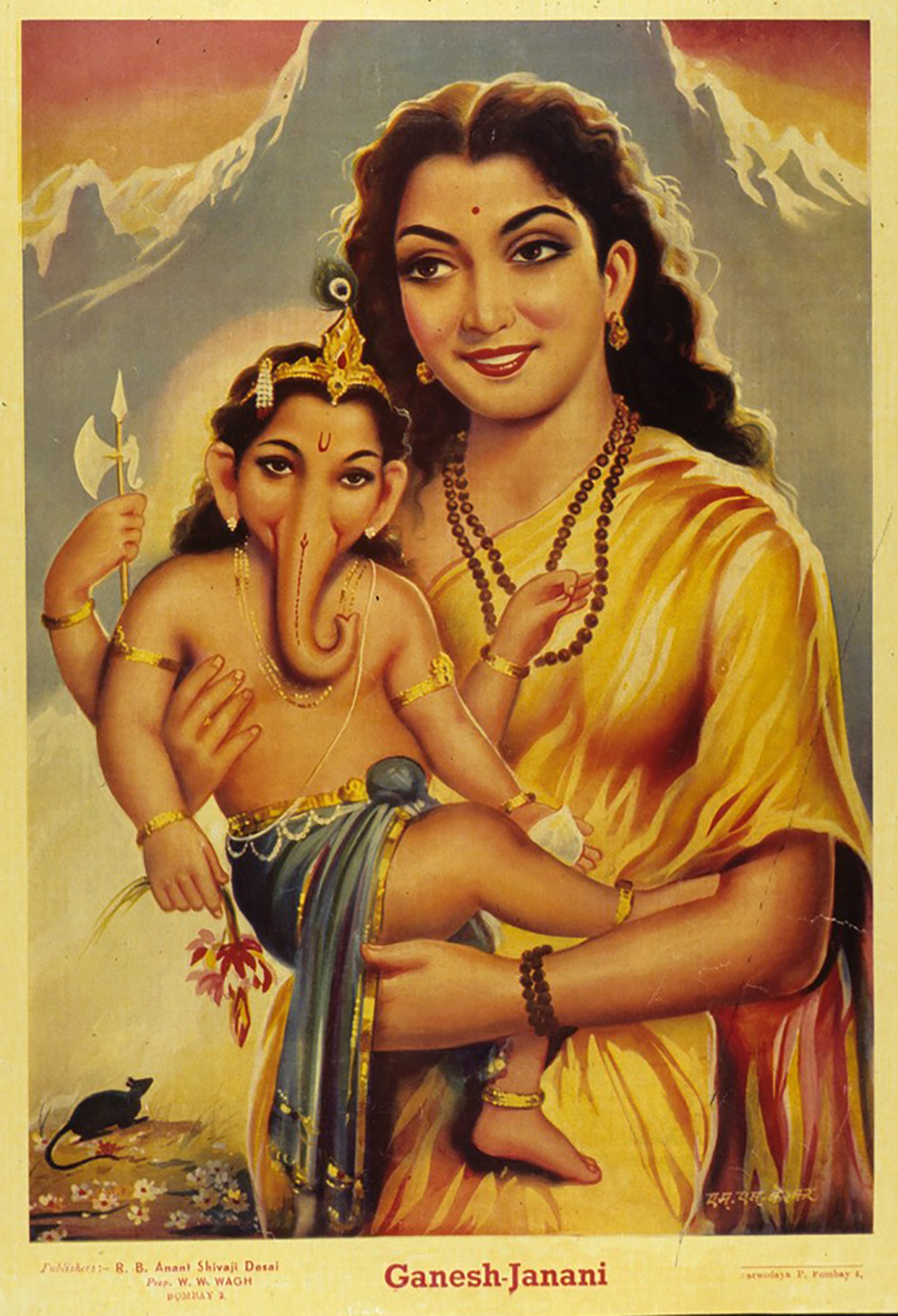 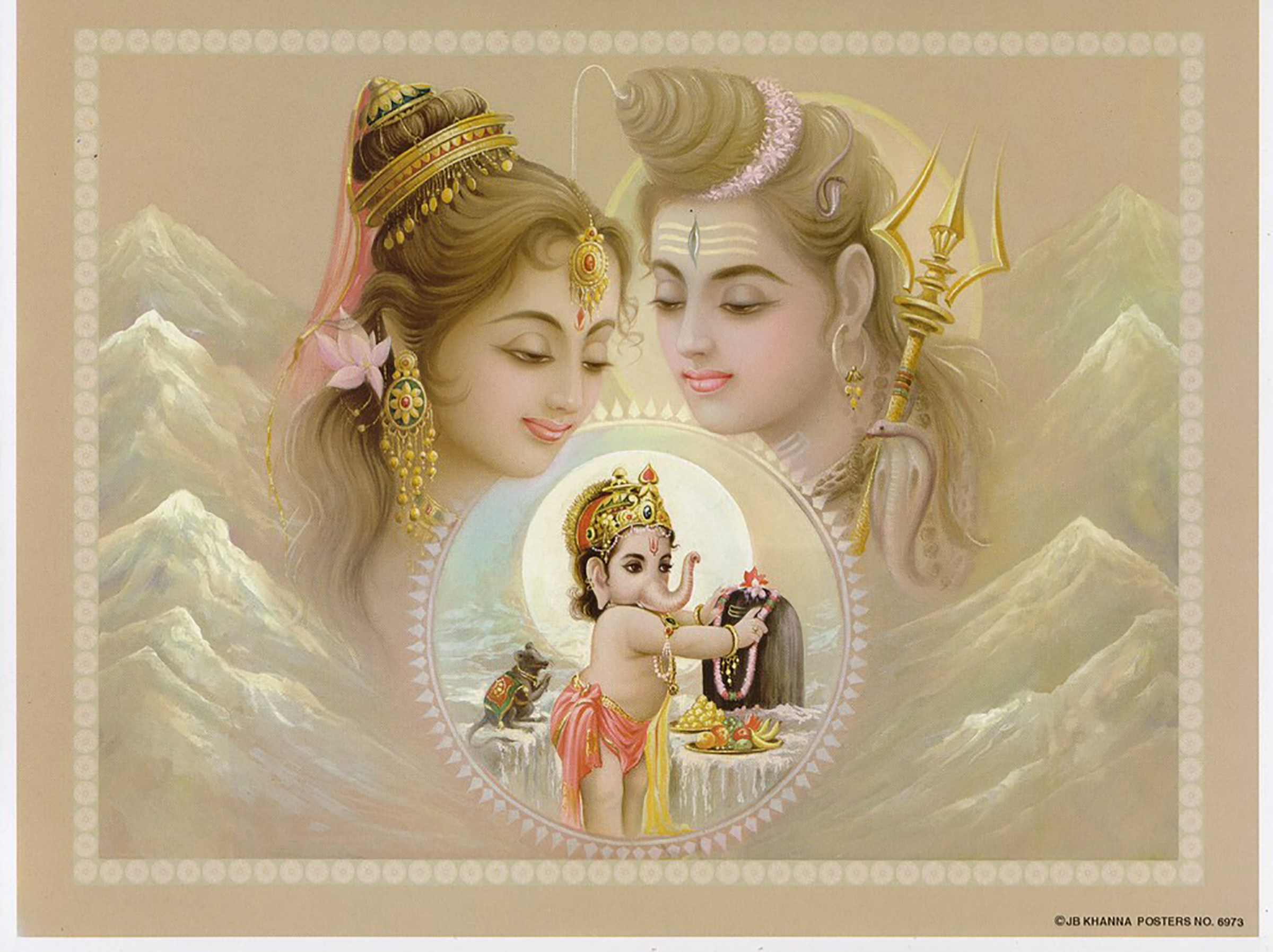 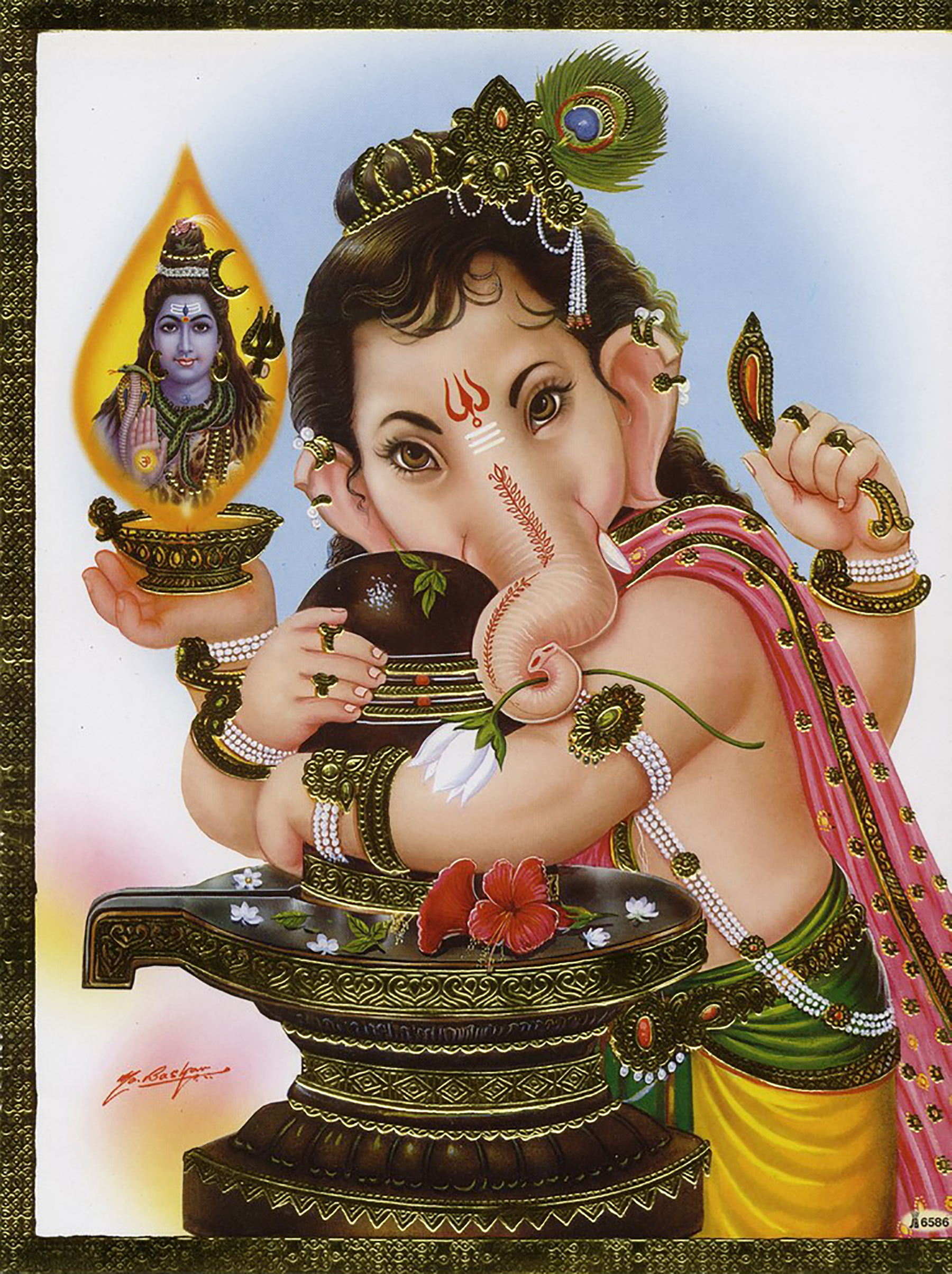 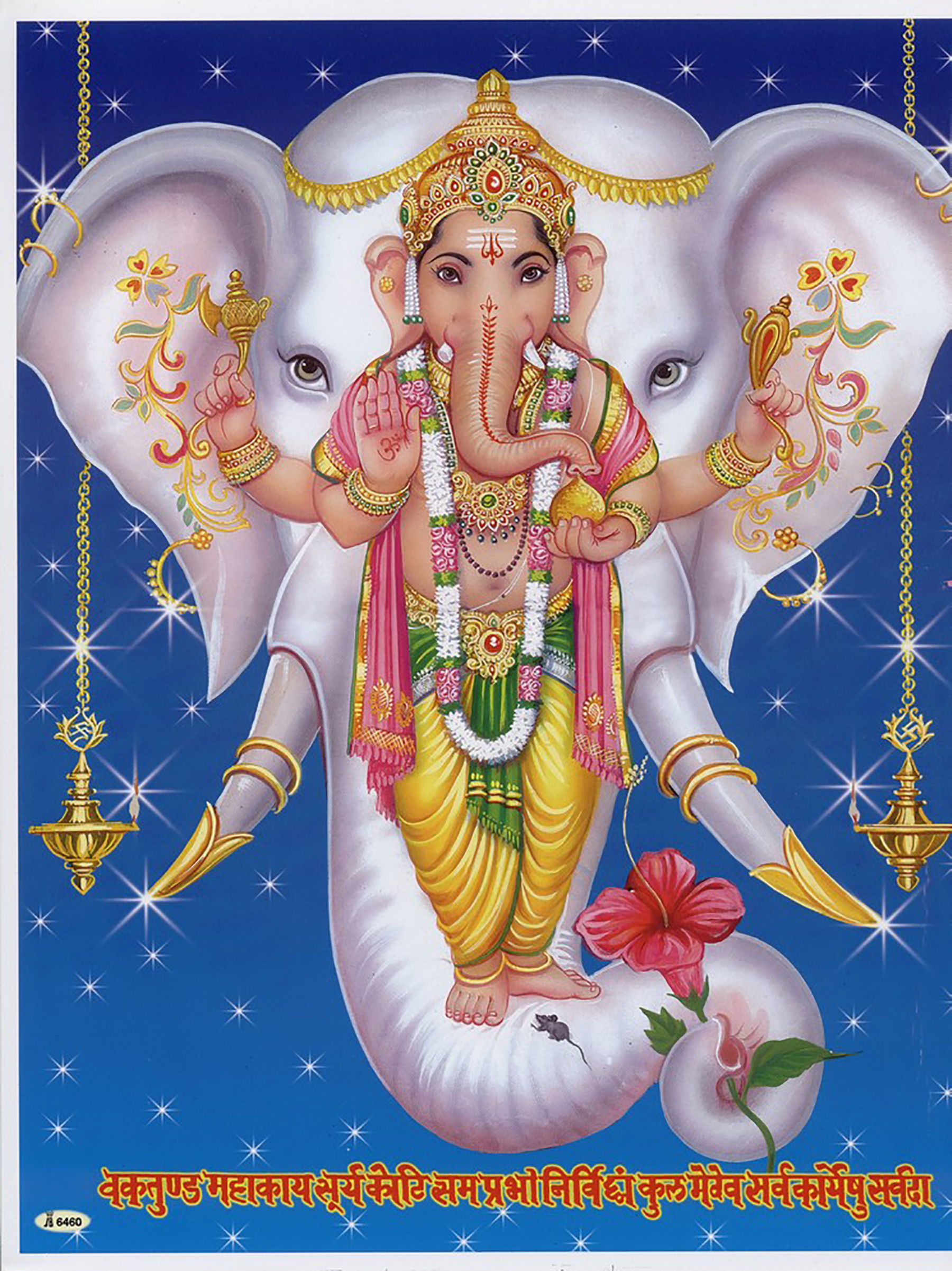