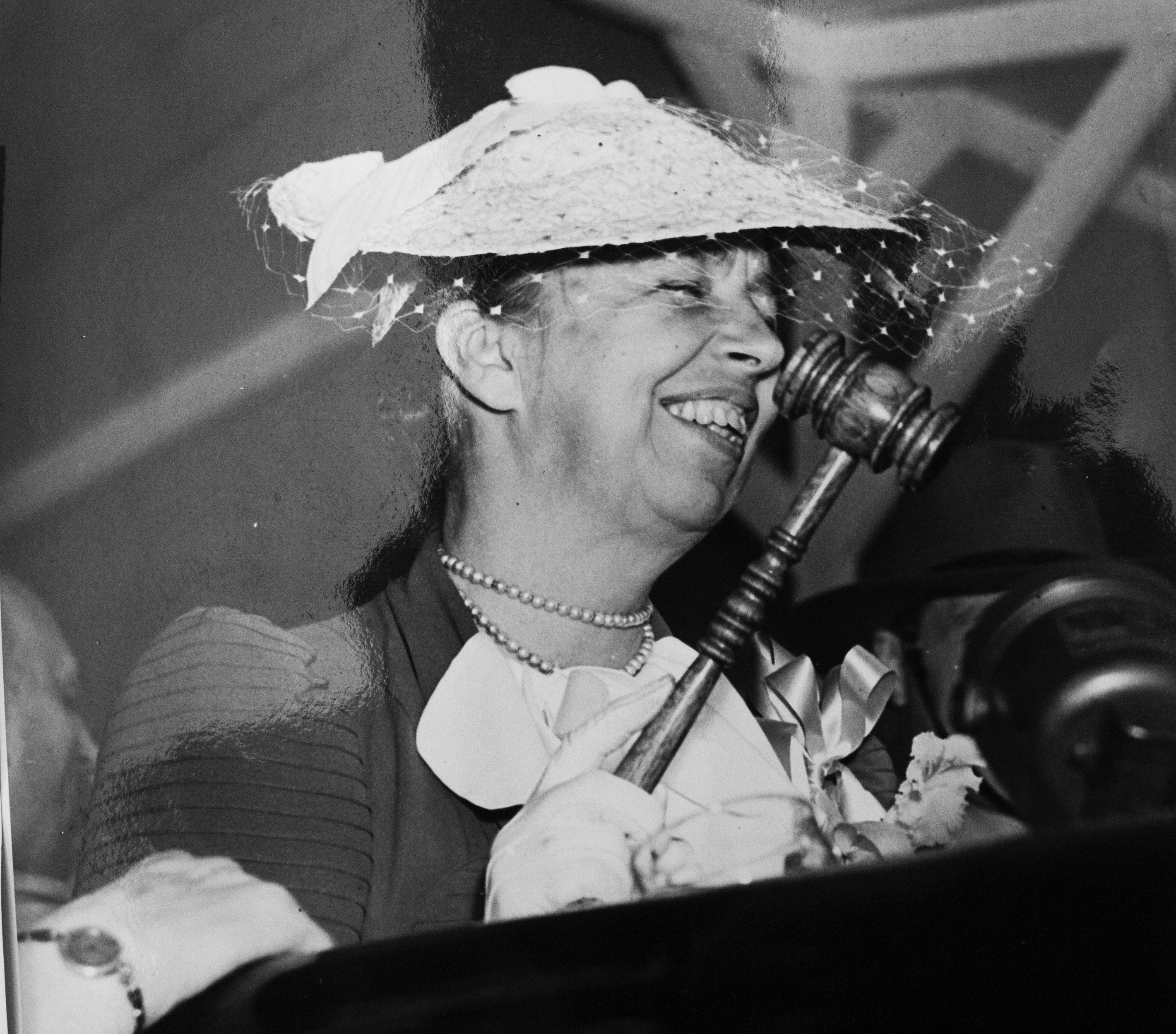 ER calls for order and introduces FDR for an address at the World’s Fair, June 30, 1938.

President Roosevelt’s time at the White House is considered the birth of the modern American presidency. In a time of national crisis, he redefined the role of the office and the role of the federal government to show that government can be a force for good during times of need.

Like her husband, Mrs. Roosevelt redefined the role of her position as First Lady. The American people had, in the White House, a passionate advocate that attuned and connected to the public.

What is extraordinary about Mrs. Roosevelt's advocacy work is both her choice to do such work, and the matters she tackled. Both during her time as First Lady, and during the years after FDR’s death, she devoted herself to the betterment of society. She was a keen, pragmatic, idealist, one that remained so throughout her life.

On the eve of her new role as First Lady, on March 3, 1933, Mrs. Roosevelt made her last commercial radio address and gave the American public a glimpse of what was to come:

“It is easy in Washington to think that Washington is the country and forget that it is a small place... I want to know the whole country, not a little part of it.”

Where do we want to see our country? →
Introduction