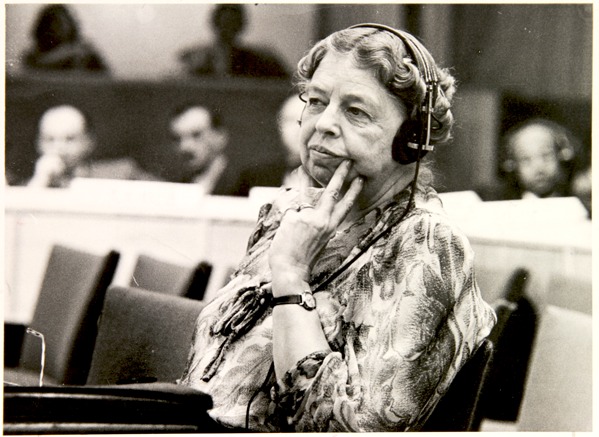 Mrs. Roosevelt's engagement with the public during her time as First Lady stood in contrast to those that came before her and stands in contrast to those that would come after. She reimagined the limits of a largely ceremonial position that was inherently limiting. Perhaps due to FDR’s strong popular support, Mrs. Roosevelt was able to stray away from what once was a ceremonial and risk-averse social role. In doing so, her unparalleled public efforts have served as an inspiration for First Ladies that followed.

Clip of a Speech by Mrs. Roosevelt in Celebration of Human Rights Day
St. Louis Missouri, 1959

Click here to return to
the exhibit landing page