“I have been asked to launch innumerable businesses; find cures for all kinds of diseases and ailments; reverse the decision of a court; change a will; reform a husband or a wayward child...”
-Mrs. Roosevelt discussed mail handling
procedures in an undated 1938 memo.

Annual tally of letters received by the White House for Mrs. Roosevelt 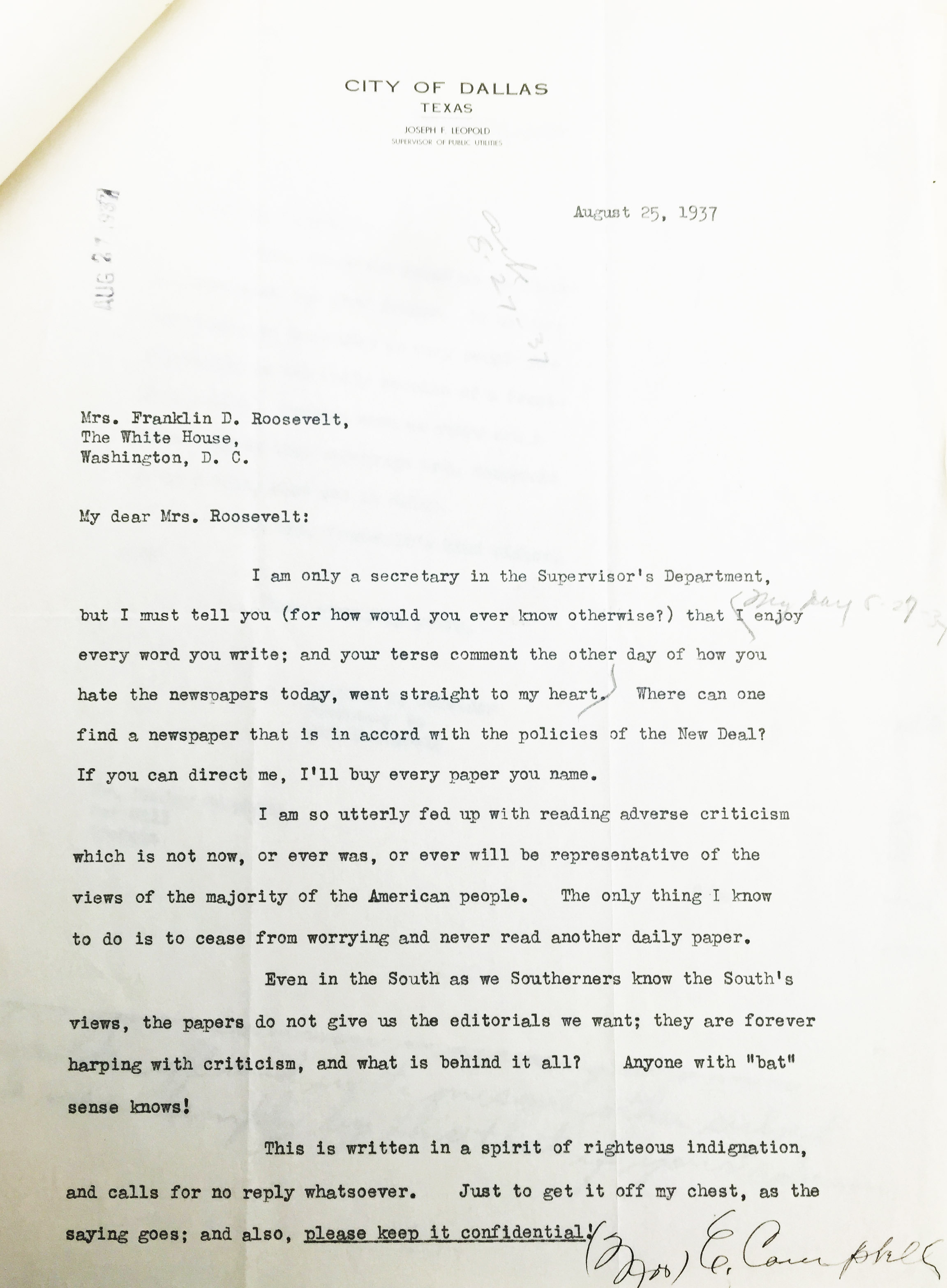 “I enjoy every word you write"

From compliments to critiques, from the mundane to the extraordinary, the letters addressed to Mrs. Roosevelt had no common theme. In this letter from Mrs. E Campbell, a secretary at the Dallas Supervisor’s Department, Mrs. Roosevelt was praised for her regular columns. Although compliments were a common letter topic, Mrs. Campbell, perhaps frustrated with the state of local news in Dallas, had one request:

“Your comment... went straight to my heart. Where can one find a newspaper that is in accord with the policies of the New Deal?”

“This is written in a spirit of righteous indignation, and calls for no reply whatsoever."

“All the letters are answered”
-
ER, 1938 Mail Handling Memo

No matter the issue addressed, Mrs. Roosevelt asked her staff to respond to each and every letter.