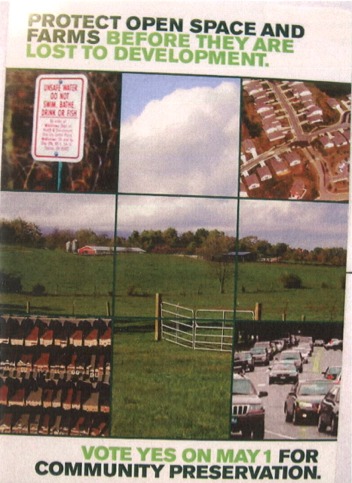 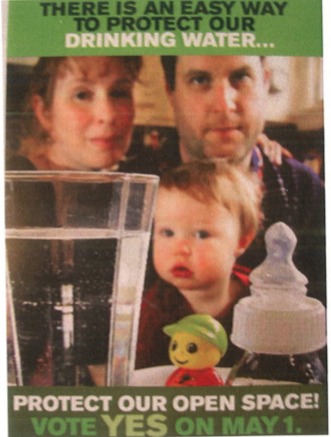 In the mid to late twentieth century, the towns of Red Hook and Rhinebeck proactively tried to mitigate the adverse effects of modern development and population growth, in order to both create and maintain a heavily romanticized, idyllic version of rural life that the citizenry had come to cherish.

Beginning in the 1980s, the town of Red Hook has taken steps to preserve a rural charm and way of life that the townspeople see as antithetical to the downsides of twentieth century urban living: namely, suburbia, deforestation, and heavy traffic. According to a survey taken by the Red Hook Town Board in 1989, while only 0.1% of the town’s population engaged in farming, the vast majority of the town – upwards of 94% of the population – favored the preservation of agriculture and rural character. Seventy percent surveyed even favored a tax increase if open space was protected. Soon after the survey, the town of Red Hook adopted an Open Space Plan to outline zoning proposals to prevent the 15,000 acres of town land open to development from being subdivided for residential use. The town also lowered subdivision fees for farms to encourage subdivision for future farmland, and mandated “conservation subdivision in areas with arable soil” for future generations of agriculturalists.

Furthermore, the town successfully enacted a Community Preservation Act to further limit development. The act was passed thanks to a successful advertising campaign in newspapers and promotional materials that juxtaposed romanticized portrayals of rural Hudson Valley life – rolling hills, families enjoying recreational sports – with exaggerated portrayals of the evils of suburban development – massive subdivisions, lines of traffic stretching for miles. Despite being a prime location for suburban living for commuters to Kingston, Hudson, or Poughkeepsie, the Open Space Plan emphasized economic development that would rely on the town’s romanticized portrayal of rural living: Instead of seeking development and suburbanization as drivers for economic growth, the town would seek to maintain rural, bed-and-breakfast tourism as the number one driver of financial prosperity.

The town of Rhinebeck also sought to use a romanticized version of rural life to economically thrive without succumbing to urban-related development, yet also employed a romanticized version of its own historical significance for financial gain. After World War II, the town’s main economic driver, the agricultural sector, began to falter, and many of the estate families that had called Rhinebeck home were either dying off or moving away.

In the 1950s, the town began to host parades celebrating community pride and local history, and in 1953, the town hosted “Rhinebeck Community Day” to celebrate the 250th anniversary of the Beekman land patent. Spearheaded by local historian DeWitt Gurnell, townspeople dressed up in colonial garb to impersonate historical figures such as Henry Beekman and General Montgomery, and had festivities on the Beekman Arms lawn, where antiquities from the past centuries were sold off. Gurnell was later hired to serve on the Rhinebeck Business and Professional Men’s Association, where he worked to develop the first advertisements to advertise “Historic Rhinebeck” as a place that was stuck in a simpler time, in stark contrast to the modern world, “compounded by the growing fear of communism and atomic war…changing quickly and dangerously.”

In the 1970s, the town’s success at advertising its history began to lure developers to the town. Victor Weingarten, a successful real estate developer, unveiled a plan in 1970 to build Rhinebeck Farms, a massive development that combined condominiums, apartments, a shopping center, movie theaters, and performance spaces. Townspeople, fearful that the increased traffic and people would dilute the town’s romanticized historic charm, lobbied against the development. Soon after Weingarten announced his plan, the Rhinebeck Town Planning Board strengthened its zoning policies to such development from being built, in the name of protecting a “quality of life” unique to the town.

Weingarten’s development plan catalyzed a wide range of actions in the early 1970s to preserve the town’s character: The Rhinebeck Historical Society and Rhinebeck’s Daughters of the American Revolution argued that the town’s heritage was an inherent quality in Rhinebeck, and spurred the creation of the Visual Environment Committee, a group of business owners that mandated buildings and properties’ aesthetic qualities, to maintain the look of eighteenth and nineteenth century structures. Finally, in 1979, 338 of the Village of Rhinebeck’s buildings were accepted into the National Register of Historic Places, and Rhinebeck’s historic district was officially established.