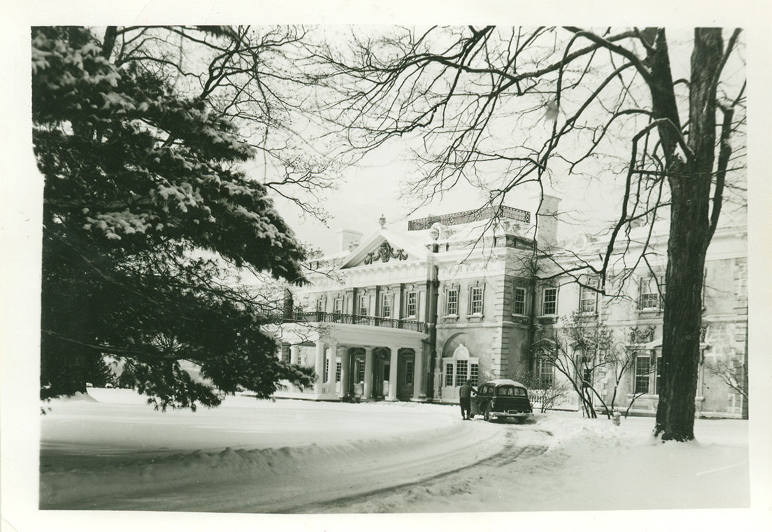 A photograph of one of Bard's famous estates, Blithewood Mansion. Blithewood was typical of the area as Large estates moved in along the river, displacing farmers.

The 19th century saw a dramatic shift in farming practices in the Bard area. Beginning in the late 1700s large estates began taking over riverfront land that had been mostly dominated by farmers. While new technologies enabled farmers to cultivate more land, farming became less of a sure fire way of making a living in the Hudson Valley. Later on in the century, Saint Stephen’s College would push farms off the land as well. The story of farming in 19th century would be one of decline.

Beginning in the 1790s, wealthy families with buisness ties to New York City began to crave  country estates modeled after those in Europe.   Large tracts of land were bought in the Hudson Valley, including much of the land that Bard now occupies. This completely changed the landscape of farming in the Bard area. Estates pushed farmers eastward, off the beautiful views of the river and inland. These estates did maintain a certain farming element to them, but something that was more along the lines of a “hobby farm” or “gentlemen’s farm” than a agricultural productions that had been in the Hudson Valley before. In keeping with the European sentiment, orchards became popular with these estates. Montgomery Place, just south of Bard, is a perfect example of this, where apple growing remains a main source of income. 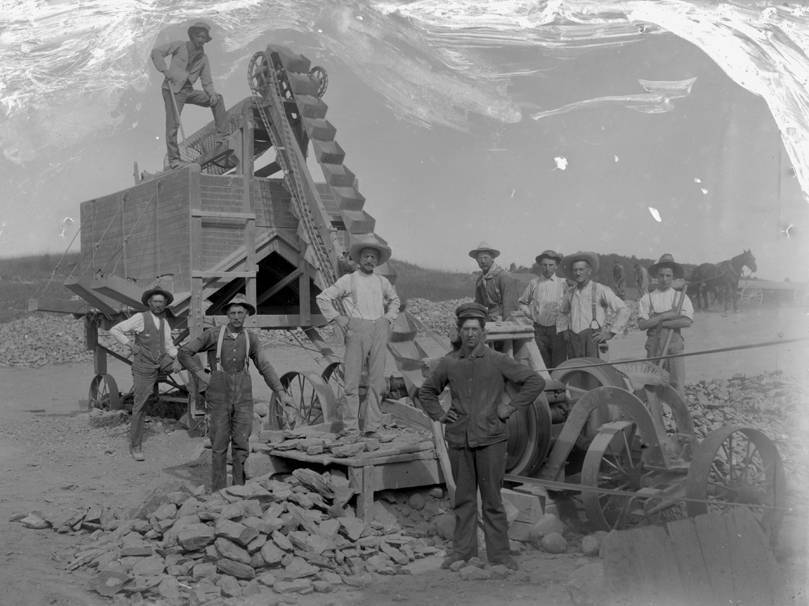 An exampled of mechanized machinery coming into the Bard area. This picture shows a late 19th century stone crusher being used to rid fields of rocks to help with farming. This was probably due and contributed to soil depletion in the area. Courtesy of Historic Red Hook.

With these great estates also came new populations.  Countless servants and staff were needed to work on the estates as well a whole army of outside industry, from butchers to tailors grew out from them. This boom hindered local farming, as untouched farmland was eaten up by development. It got to the point that John Neher Lewis, a farmer on Annandale Road, wrote that wood was also becoming scarce as it was taken both for building and fuel. 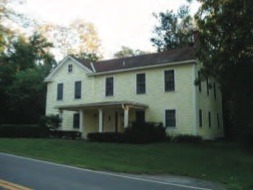 The former farmhouse of John N. Lewis, who's family farmed the Bard area in from the 18th century into the 20th, on the Northern stretch of Annandale Road.

Increased population wasn't the only thing hindering farmers in the Bard area. The arrival of mechanized farm equipment sped up the rate of soil depletion that was well on its way. As noted earlier, American farming practices have often been destructive. Early farmers, not knowing much better, had depleted the rich soil of the Hudson Valley.  By the 20th century it was becoming harder for farmers to make a living.

← Farming Before Saint Stephen's
Farming in the 20th Century: The Bottom and Resurrection →
Pleasure Grounds and Changing Agriculture