Farming in the 20th Century: The Bottom and Resurrection 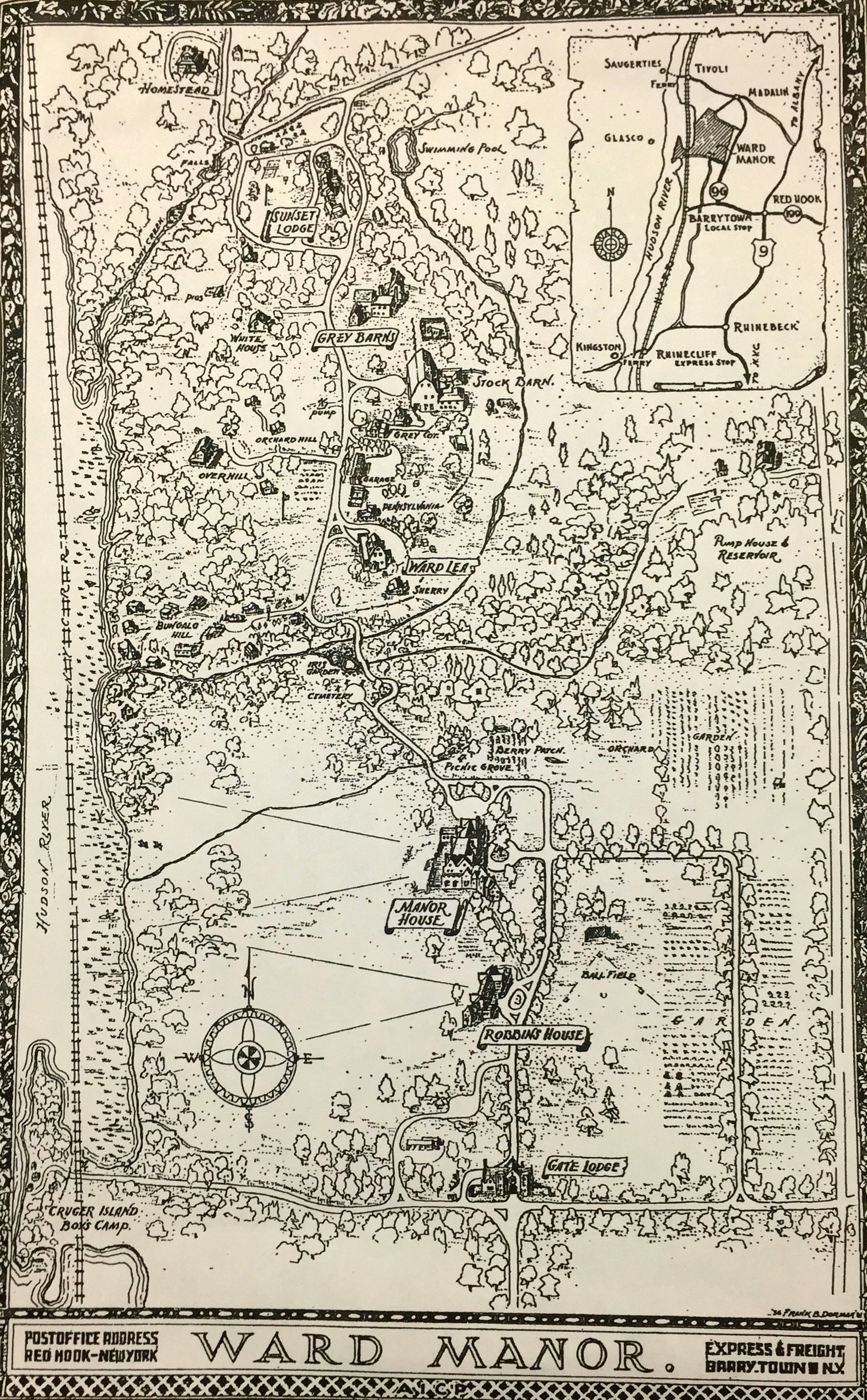 A map of Ward Manor when run by the New York Association for Improving Conditions of the Poor. The map shows 9G, which most likely dates to the late 30s or early 40s. The map shows a variety of small gardens adn orchards. Courtesy of Historic Red Hook.

The beginning of the 20th century saw the fall of the great estates of the Hudson Valley. This decline took with it what was left of the farming in the area. This led to expansions of Bard College and other uses for property besides estates or farmland. This would be some of the last farming to be done on Bard land until the revival of Hudson Valley farming in the beginning of the 21st century. 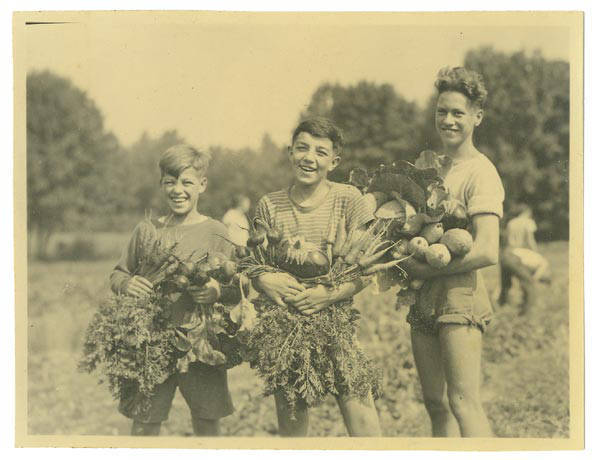 The rise of new money and a more global world changed the tastes of the monied class that owned estates around the Bard area. This led to the decline in the great estates as new generations of the wealthy pursued other areas for summer getaways. Montgomery Place farms fell into decay and the Cruger estate was obtained by Ward Manor.  This continued until the complete decay of the estates allowed third parties to appropriate them. 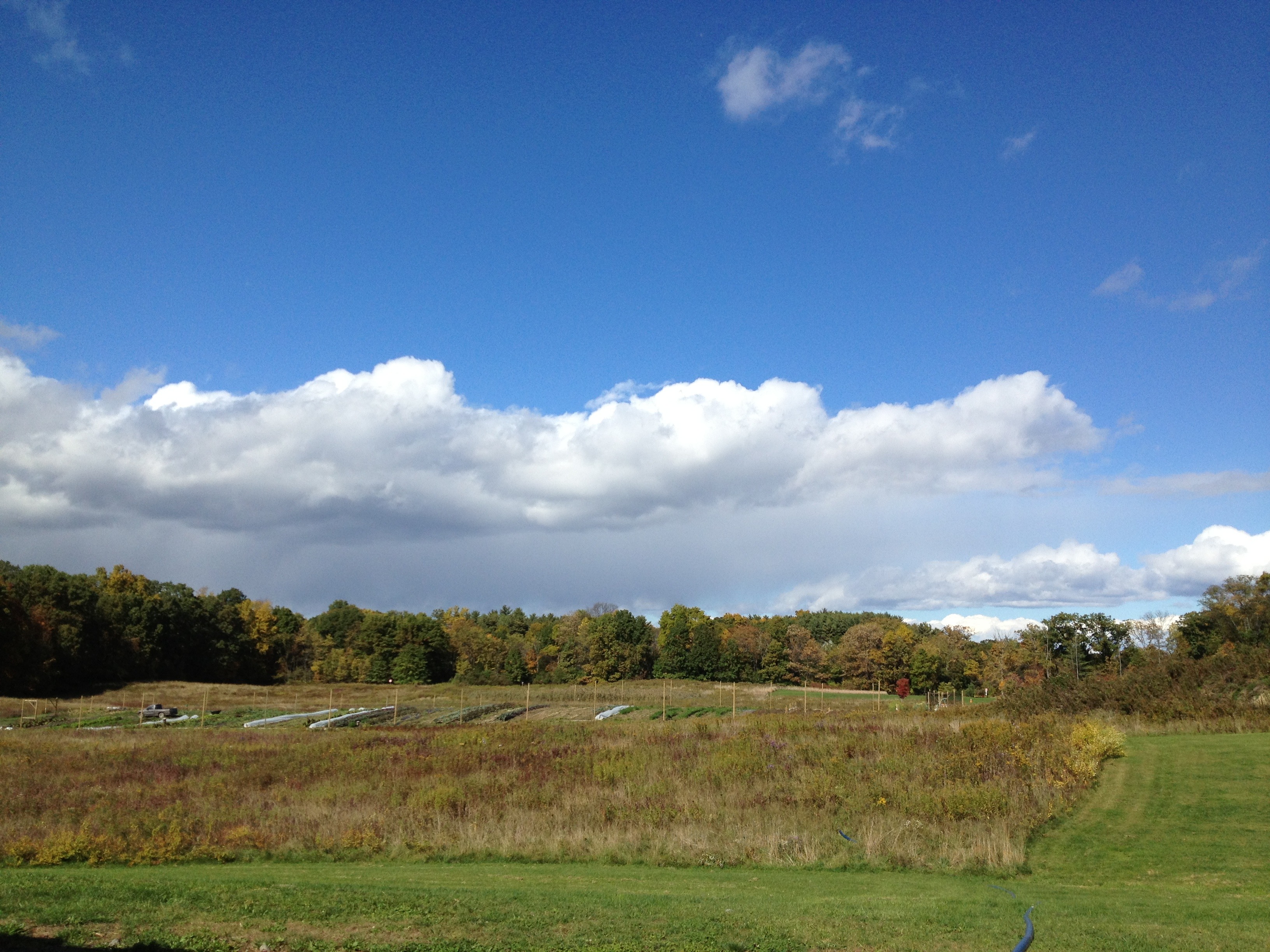 The future of Farming at Bard, the student maintained farm just west of Ward Manor as seen in 2012.

In 1926, Ward Manor became a fresh air summer camp run by the New York Association for Improving the Conditions of the Poor. This would see the reinvigoration of farming on land that is now the Bard campus. Where the Fischer Center stands and in the large field in front of the Robbins dormitory were a mixture of vegetable gardens, orchards and recreation areas. The camp even maintained a dairy herd. This too would eventually come to and end, leaving the land derelict until it was acquired by Bard in the 1960s.

The future of farming at Bard seems to have taken a new turn in recent years. With soil rejuvenating from years of laying barren, and a renewed sense of focus on locally sourced food, Bard opened its first affiliated farm in 2012 just west of Ward Manor.

← Pleasure Grounds and Changing Agriculture
Bibliography →
Farming in the 20th Century: The Bottom and Resurrection