A transcript of an interview in which Eleanor Roosevelt speaks about women's roles in and out of the home. 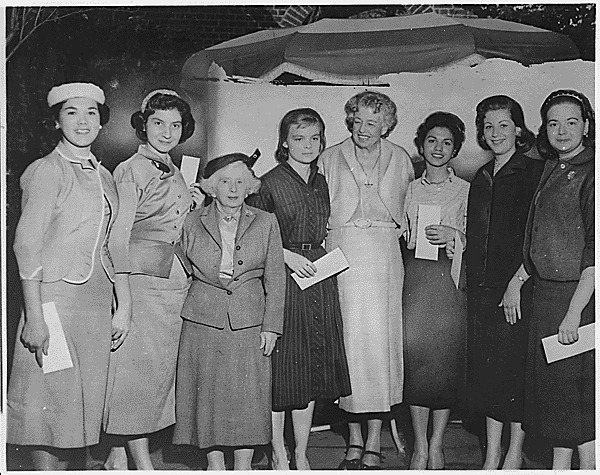 Eleanor Roosevelt and members of the Women's Trade Union League. 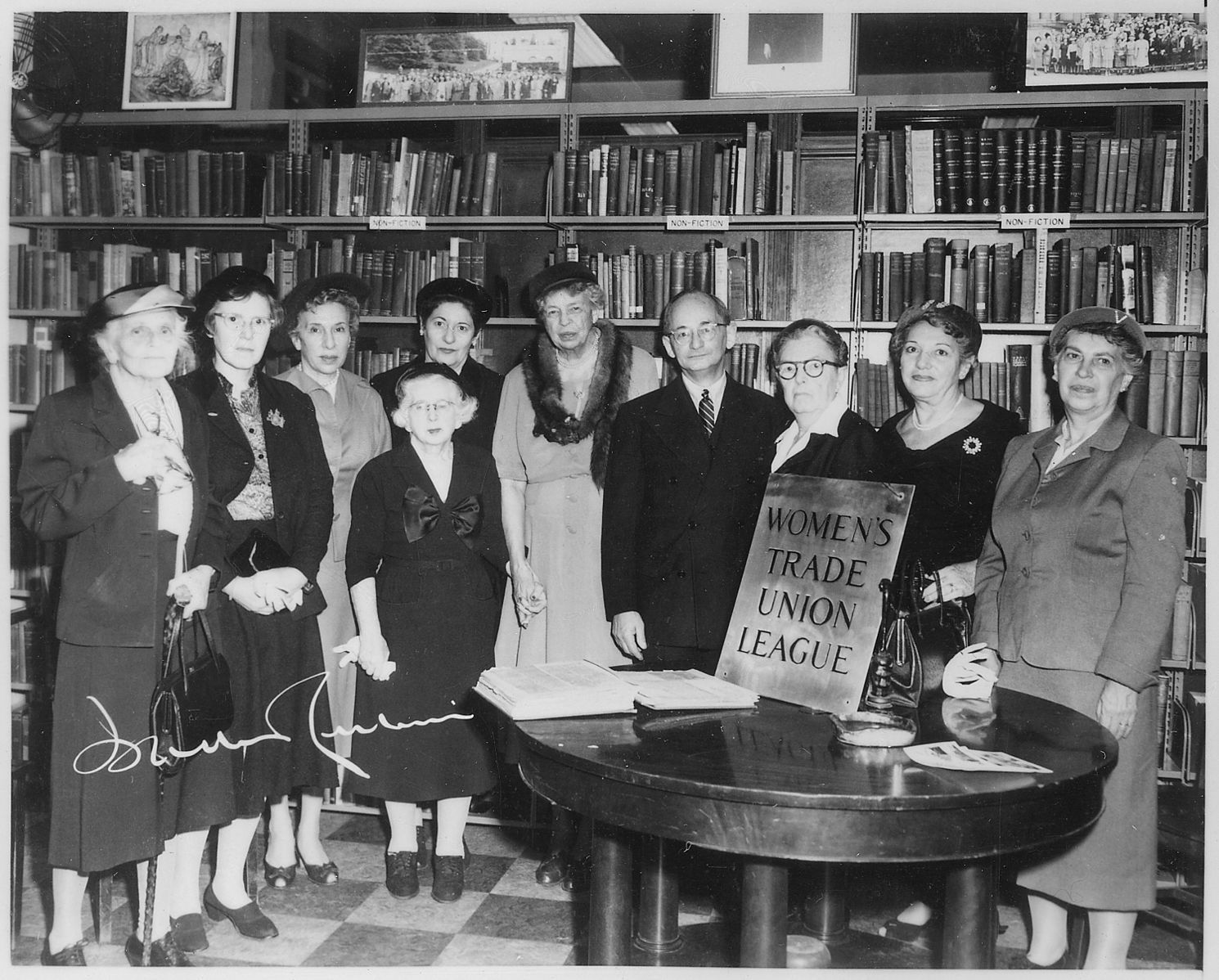 The Women’s Trade Union League (WTUL) was founded in 1903 by various house workers and trade unionists. The league brought women of different classes and backgrounds together for the purpose of improving conditions for all working women and children. Eleanor Roosevelt learned about the league in 1919 while acting as a french translator at the International Congress of Working Women in Washington. She joined the WTUL in 1922, twenty years after its first official meeting. Until this time Roosevelt had never felt drawn to work in the women’s movement but through her work with WTUL she was ignited with a passion for labor rights and spent most of the 1920’s advocating proper working conditions and adequate wages for women. Roosevelt reached out to women in the upper class and began to redirect the focus of upper class women from social standing to collaboration with other classes for improvement of labor legislation. Roosevelt arrived as a member in the committee just as funding difficulties arose and she began to use her resources, social and fiscal, to help boost the league’s status in Washington. Roosevelt was named chair of the fiscal committee and donated all profits that she earned from radio recordings and public appearances in 1923 to the budget of the WTUL. Roosevelt pushed the agenda of the league and spoke in favor of minimum wage and maximum hours for women workers. In 1929 Roosevelt held a picnic for the entire league at Hyde Park with FDR, attempting to further involve the WTUL with high standing politicians. As Roosevelt continued to provide money, time, and resources to the league her contributions did not go unnoticed. On the first page of the leagues annual report for 1932-1933 the WTUL thanked Roosevelt for all she had done for the league and for working women, even going so far as to nickname her as their “fairy godmother”.

FDR’s death presented a new problem to the WTUL. Although Roosevelt continued to push the league’s agenda in Washington, their political pull had weakened and the league struggled to maintain influence in the post-war period. As unions began to form more readily there was a large debate about the need for a woman’s working union which led to lack of funding and a decline in membership. The WTUL disbanded in 1955 though Roosevelt continued to work for many of the league’s goals, such as education of young women, until her death.

“Those of us to whom fortune has been kind can not enjoy life ourselves unless our sisters have something also to enjoy; we must have a greater spirit of cooperation, of interest in the daily lives of those about us and a willingness to share our benefits, even if it means that we have somewhat less ourselves in the way of ease and pleasure” (Address by Mrs. Franklin D. Roosevelt on 28 November 1932 at Benefit Concert, Women’s Trade Union League” Eleanor Roosevelt Papers, Franklin D. Roosevelt Library) 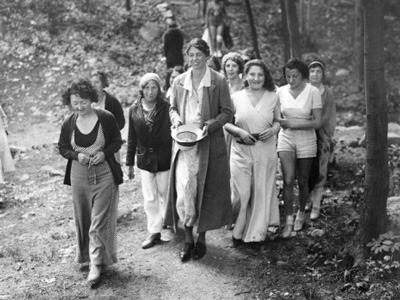 Eleanor Roosevelt as a She-She-She Camp in 1933.

In 1933 FDR introduced legislation aimed at unemployment relief, in which he proposed the Civilian Conservation Corps (CCC) where young men were trained in various skills in camps designed to increase employment rates; ultimately the program employed a quarter of a million young men each year in forestry, flood control, and beautification projects throughout America from 1933 to 1942. While Eleanor Roosevelt supported the concept of employing urban youth between the ages of eighteen to twenty-five in camps that stressed education and a respect for the environment she struggled with the male-only aspect of the project. Roosevelt, with the help of Hilda Worthington Smith, campaigned for an organization that would provide similar services through camps for young women. Unfortunately, the ”She-She-She Camps”,as they become known, were criticized by the Roosevelt administration and not popular amongst New Dealers.

Frances Perkins and Roosevelt were able to establish one camp for women, Camp Tera. Camp Tera grew slowly and took much more time than the average CCC camp to become functional as there were different requirements for joining for the women than for the CCC men. Roosevelt worked to change the requirements so that more women were admitted, raising the standards of the camps, and forcing the creation of new camps. In April of 1934, Roosevelt held the White House Conference for Unemployed Women, and this event gained publicity and support for her idea of nationwide jobless women's camps.The She-She-She camps were much smaller in size than CCC camps and provided less benefits for members but were still effective in educating and employing women across the country. By 1936, ninety residential camps served 5,000 women yearly. In all, 8,500 women benefitted from working at the residential camps formed by Roosevelt. Budget cuts in 1937 transferred control of the camps to the National Youth Administration where they were closed down later that year.

In September 1950, Eleanor Roosevelt published a piece, "Education and the Changes in Status of Women", in the Bryn Mawr Alumnae Bulletin. In the article she emphasizes the importance of education for young women and that with education women can better enter the working world and "change the living conditions in the areas in which they find themselves."