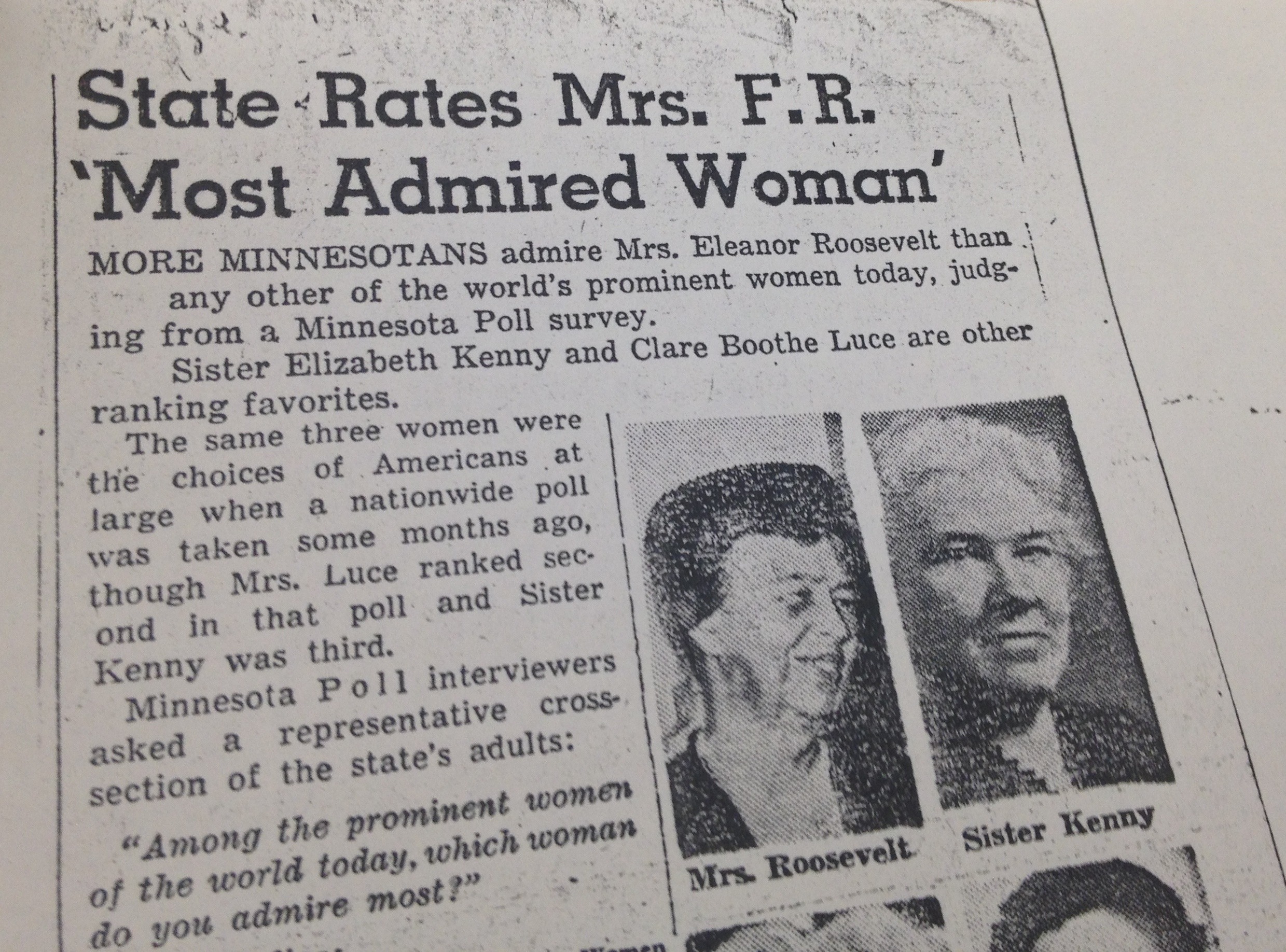 Eleanor Roosevelt was voted most admired woman by Minnesota voters.

Eleanor Roosevelt is often looked upon as one of the great women of America. Although her contributions to the country, economy, and role of the First Lady are formidable, her greatest impact has been on the lives of women in America and across the world. Through policy, non-profit work, and public advocacy, Roosevelt provided opportunities for women that led to an increase in female employment, empowerment of women in politics, and a generation in which feminism was reborn. Although for most of her life Roosevelt did not identify as a feminist working for women's rights, but as a human working for human rights, her impact on the feminist movement and women's lives in modern America cannot be overlooked. This exhibit delves into the various programs that Eleanor Roosevelt was involved in and pioneered that improved the lives and opportunities for women during her lifetime and after.