Mrs. Roosevelt was instrumental in the formation of the first major New Deal art program, the Public Works of Art Project.

The Public Works of Art Project (PWAP) aimed to employ artists to make art in public spaces, such as civic buildings or national sites. Artists created work that represented scenes from American life and history. It was created to replicate the subsistence programs that already existed under the New Deal.

Eleanor Roosevelt was intimately involved in the planning of the Public Works of Art Project (PWAP). She attended a key meeting with Edward Bruce and a group of museum directors from across the country in December of 1933, which birthed the PWAP and subsequent initiatives in the arts. In a photograph taken after their meeting, Eleanor Roosevelt examines the proposed national divisions of the Public Works of Art Project with Edward Bruce, Chip Robert, and Forbes Watson. Eleanor was instrumental in winning Franklin’s support of the project. 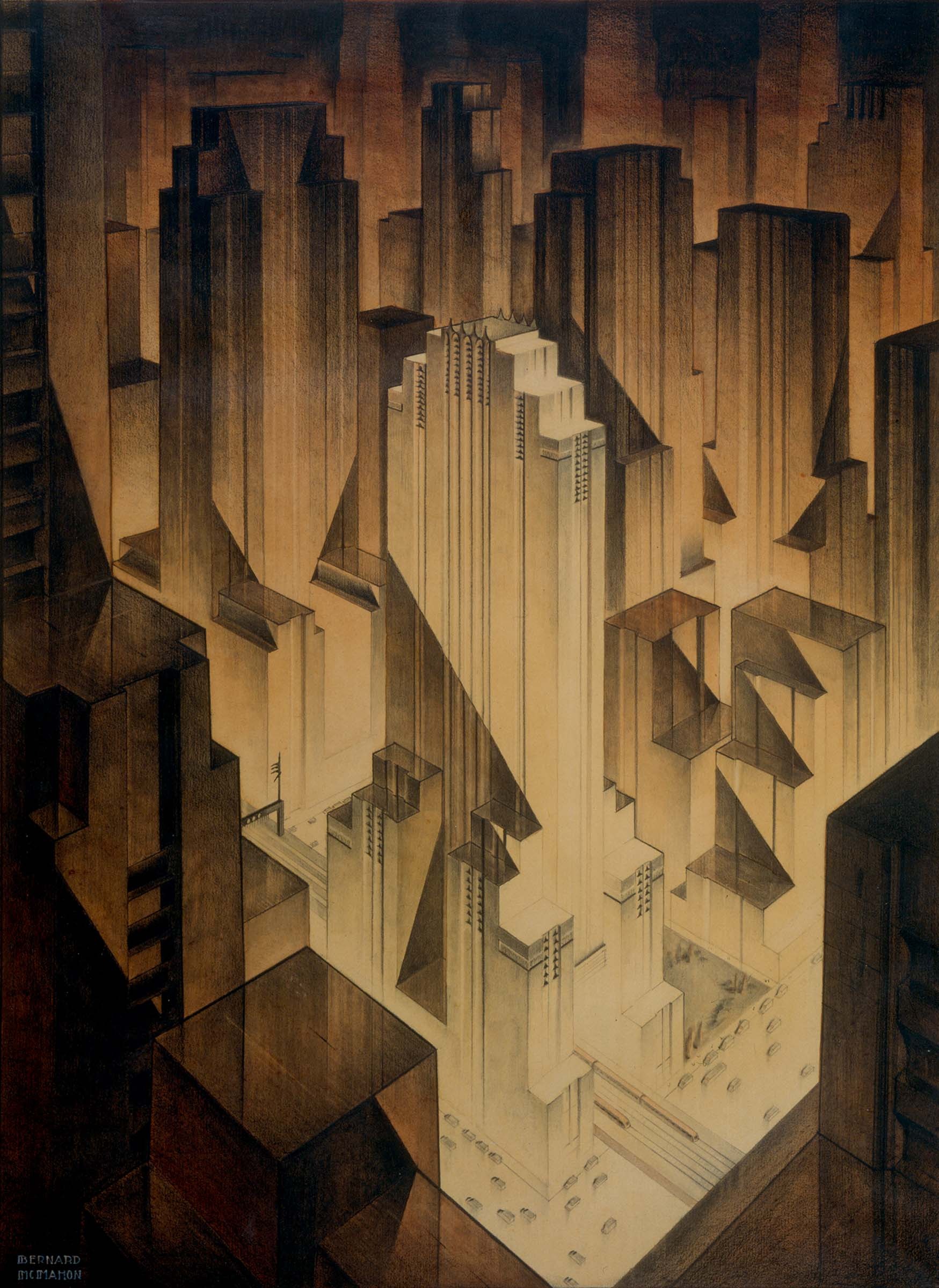 Exhibition at the Corcoran Gallery

The fruits of the PWAP were exhibited at the Corcoran Gallery in 1934. The Roosevelt family attended the exhibition, and Eleanor personally choose a number of paintings to purchase. “The Skyscapers,” one of the paintings chosen by Mrs. Roosevelt, depicts the sense of vertigo in urban architecture in the early 20th century. McMahon’s emphasis on verticality and the depersonalization of the landscape suggests a mixed message of fear, admiration, and intrigue within the urban imaginary.