“You have particular gifts”: The Social Landscape

New Deal artists frequently tackled social issues in their work, and Mrs. Roosevelt’s own involvement with issues of social progress no doubt contributed to her support of their keen aesthetic attitude towards national suffering, conflict, and visibility. 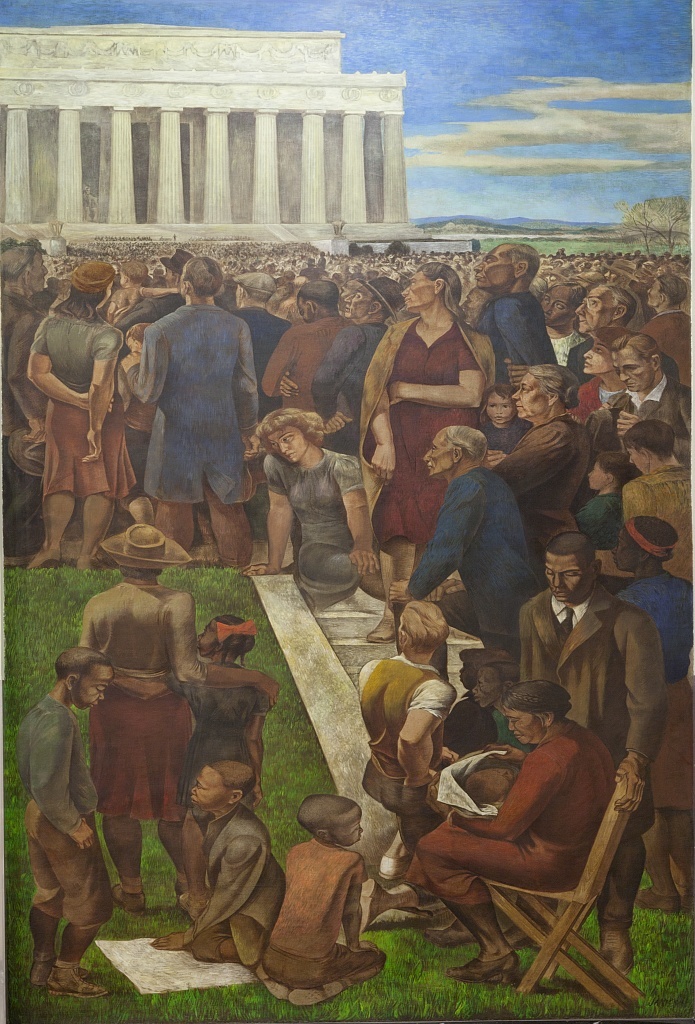 "An Incident in Contemporary American Life", Mitchell Jamieson, mural, 1942, Department of the Interior. Photograph courtesy of the Library of Congress, Prints and Photographs Division.

Eleanor Roosevelt's social interest in the arts was not merely visual, it also extended to her infamous coordination of Marian Anderson’s 1939 performance at the Lincoln Memorial after she had been refused access to Constitution Hall by the Daughters of the American Revolution. Eleanor’s radical sensitivity to issues of race echoed across her advocacy of the arts, wherein she saw both the expression of cultural difference and the possibility for advancement beyond hatred and conflict.

This mural, commissioned by Harold Ickes, represents the moment from the perspective of the crowd. The emphasis on African-American spectators allows the viewer to understand the social circumstances of the audience. At the back of the crowd, these are the people to whom Marian sings, and indeed who Eleanor wanted the performance to reach. The emphasis on public, civic space is articulated as the mural provides a cross section of American society, with particular emphasis on those normally left out of the picture. 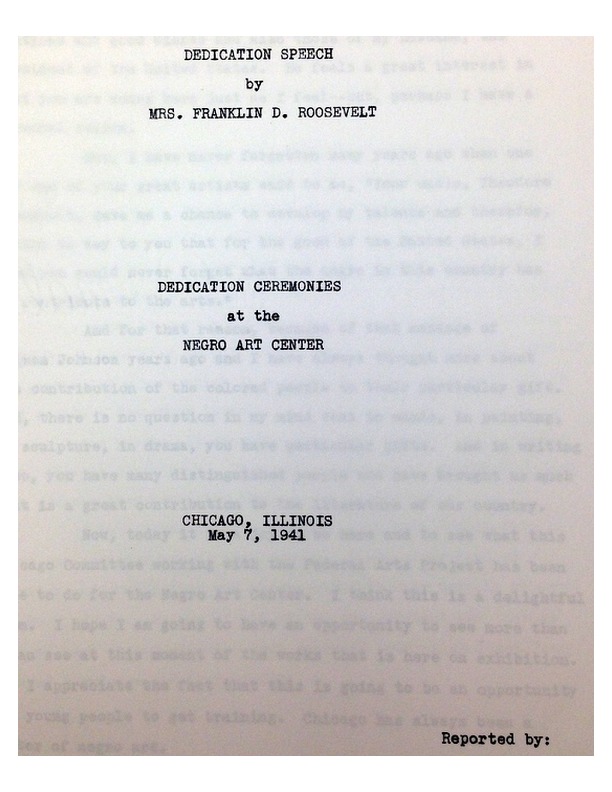 Race and the Arts

In a speech delivered to the Negro Art Center in 1941, Eleanor expresses her admiration for the role of African Americans in the arts. She speaks about Wilson Johnson, who she uses as an example of "the contribution of the colored people to their particular gift." Addressing the crowd, she emphasizes that they have "particular gifts" in all of the arts, and that she greatly admires their contribution to the diversity and plurality of artistic produciton in the nation.

Commenting on the status of African Americans in this profession, she even suggests that what Americans ought to "develop an audience for our artists of every kind. That the power to appreciate is often just as important as the power to actually create something."

← The Finer Things: Beauty in Difficult Times
Arts Across the Nation: Eleanor and WPA Artists →
“You have particular gifts”: The Social Landscape