A New Deal for the Arts

Organized under New Deal, Eleanor Roosevelt was involved with many arts programs which sponsored thousands of artists, art centers, and projects. 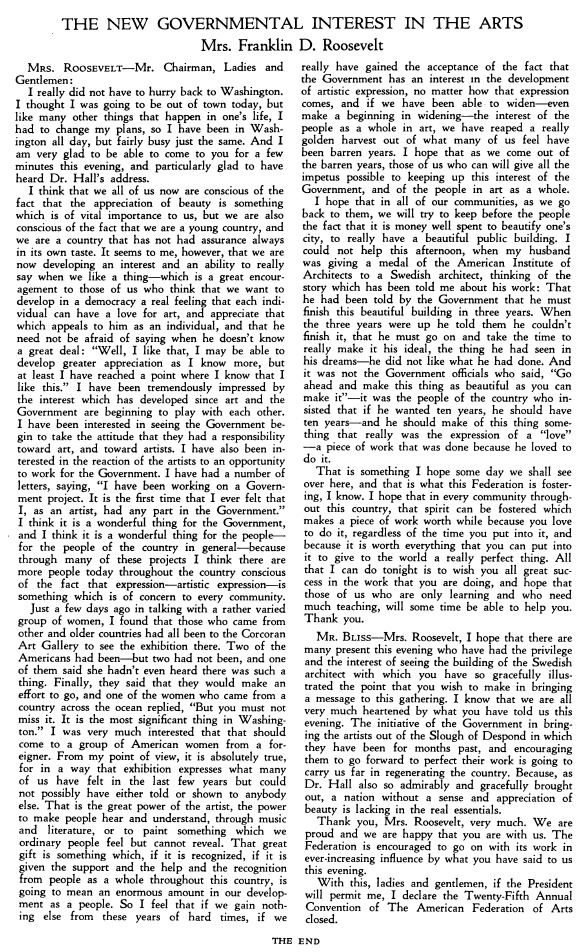 Eleanor Roosevelt, "New Governmental Interest in the Arts", published in Proceedings of the Twenty-Fith Annual Convention of the American Federation of Arts, Washingotn, D.C. 1934. Content via JSTOR.

The New Governmental Interest in the Arts

At the 1934 Convention of the American Federation of Arts, Eleanor closed the conference by outlining her vision for a government-sponsored art world. In her speech, she comments that "I think that we, all of us, now are conscious of the fact that appreciation of beauty is something which is of vital importance to us," although she notes the lack of tradition and historical background in American artistry. However, she states that "we are now developing an interest and an ability to really say when we like a thing – which is a great encouragement to those of us who think that we want to develop in a democracy a real feeling that each individual can have a love for art, and appreciate that which appeals to him as an individual ..."

Beyond the development of national styles or tastes, she also comments that she is "interested in seeing the Government begin to take the attitude that they had a responsibility toward art, and towards artists." She describes the effects of government sponsorship, commenting on the benefits of employment and subsistence for artists as well as workers in any other profession. She writes that the artist's power to unite, to foster community, "is the great power of the artist, the power to make people hear and understand, through music and literature, or to paint something which ordinary people feel but cannot reveal." 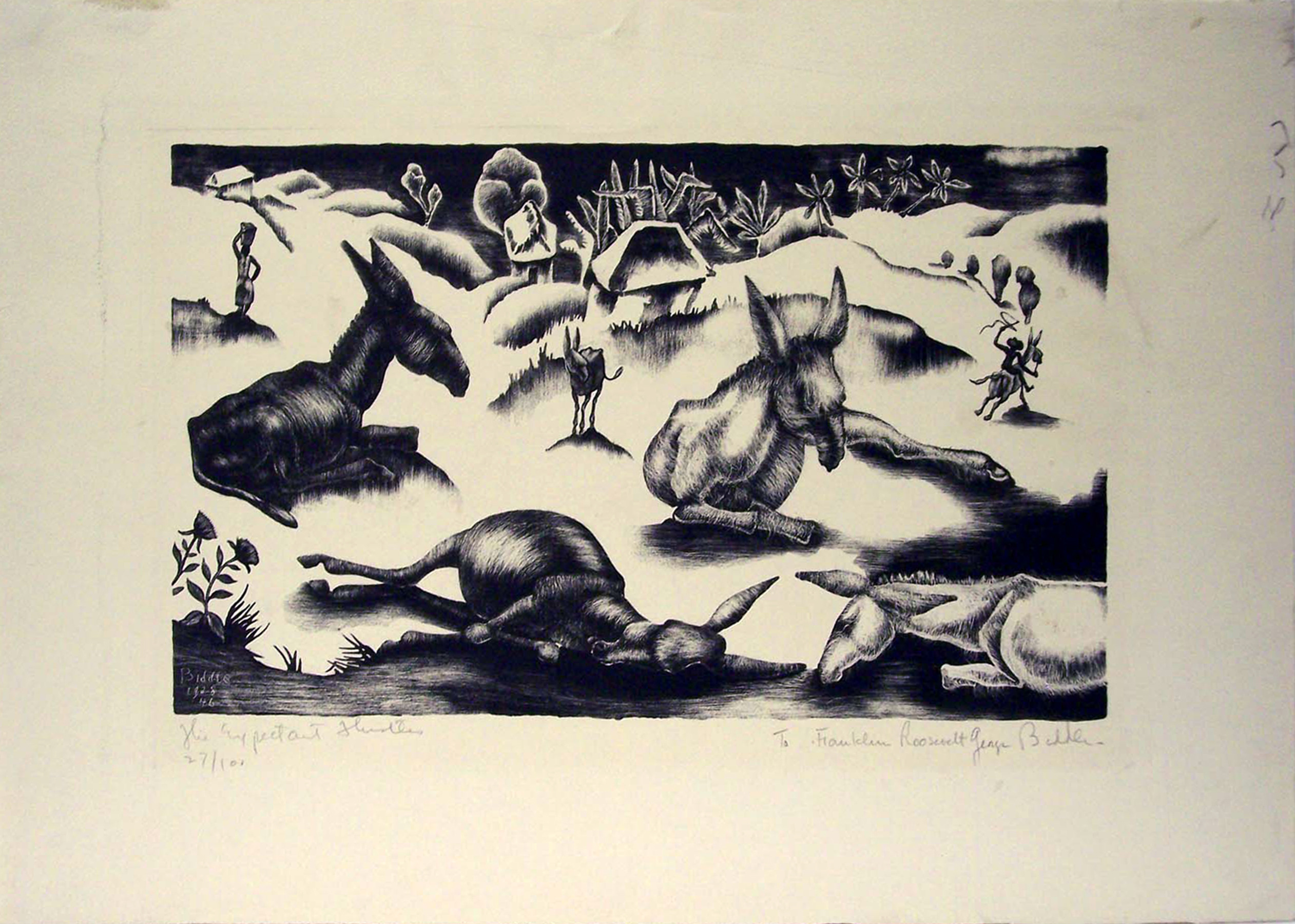 This print, inscribed to Franklin Roosevelt, expresses some of the concerns of the New Deal artists: decay, struggle, rebirth, and the American landscape. George Biddle was the mastermind behind the PWAP; it was his petition to FDR for the creation of a national arts program that sparked nationwide interest in government funding of the arts. The symbolism of the donkey in the print relates to Biddle’s fascination with the Mexican Muralist movement, which had served as his inspiration for fostering public art in the United States.

← Planning the Public Works of Art Project
The Finer Things: Beauty in Difficult Times →
A New Deal for the Arts