One of the most notorious books in the Sussman Collection, Thomas Jefferson’s Notes on the State of Virginia (1st ed., Pritchard and Hall, 1788) is widely known as the best expression of his belief in the inferiority of Blacks.  He writes, “This unfortunate difference of colour, and perhaps of faculty, is a powerful obstacle to the emancipation of these people.” Black abolitionist David Walker published his Appeal to the Coloured Citizens of the World in 1829 identifying four methods of subjugation: Religion, Colonization, Slavery, and Education. This is one of the “incendiary pamphlets” that Stringfellow laments in Cotton is King.  Much of Walker’s treatise eviscerates the work of Jefferson. 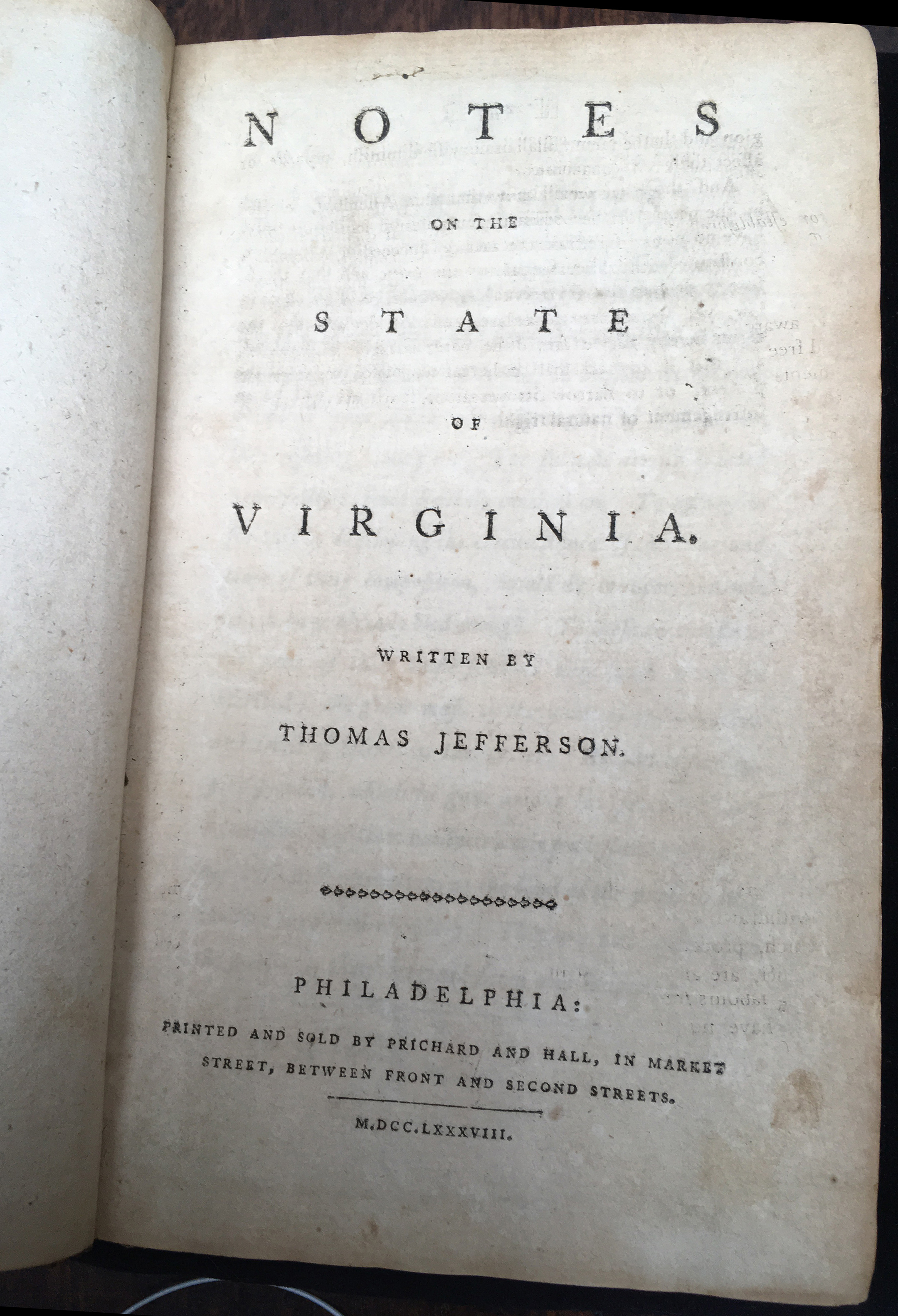 “Hence, estrangement, alienation, enmity, have arisen between the North and South....Witness the growing distrust with which the people of the North and South begin to regard each other…the enactment of 'unfriendly legislation,' in several of the States, towards other States of the Union, or their citizens… the anarchy and bloodshed in Kansas;...the existence of the 'underground railroad,' and of a party in the North organized for the express purpose of robbing the citizens of the Southern States of their property;...the attempt to circulate incendiary documents among the slaves in the Southern states;....and finally, the recent attempt to excite, at Harper's Ferry, and throughout the South, an insurrection, and a civil and servile war, with all its attendant horrors…All these facts go to prove that there is a great wrong somewhere, and that a part, or the whole, of the American people are demented, and hurrying down to swift destruction....” – Thornton Stringfellow in Cotton is King, and pro-slavery arguments 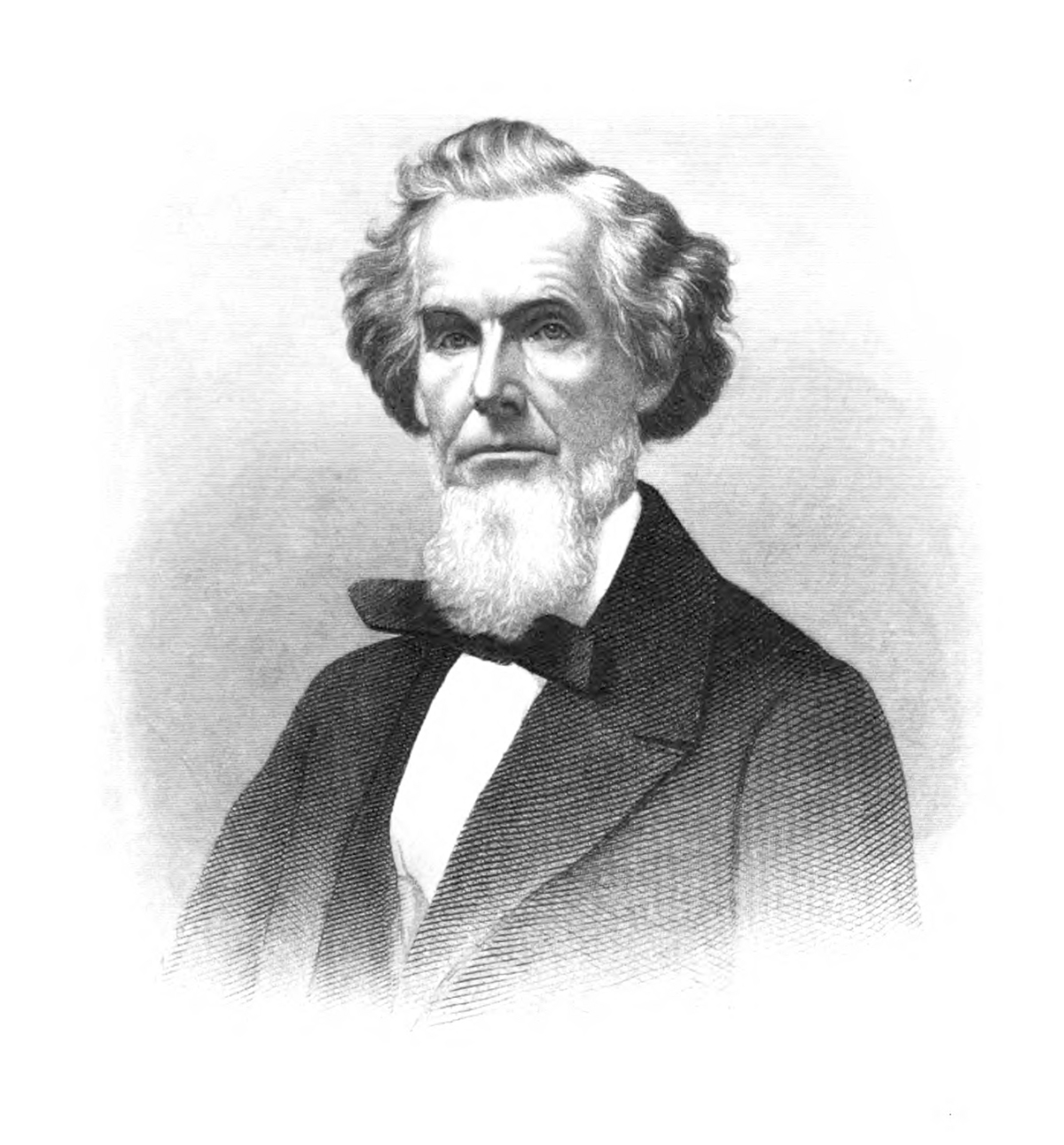 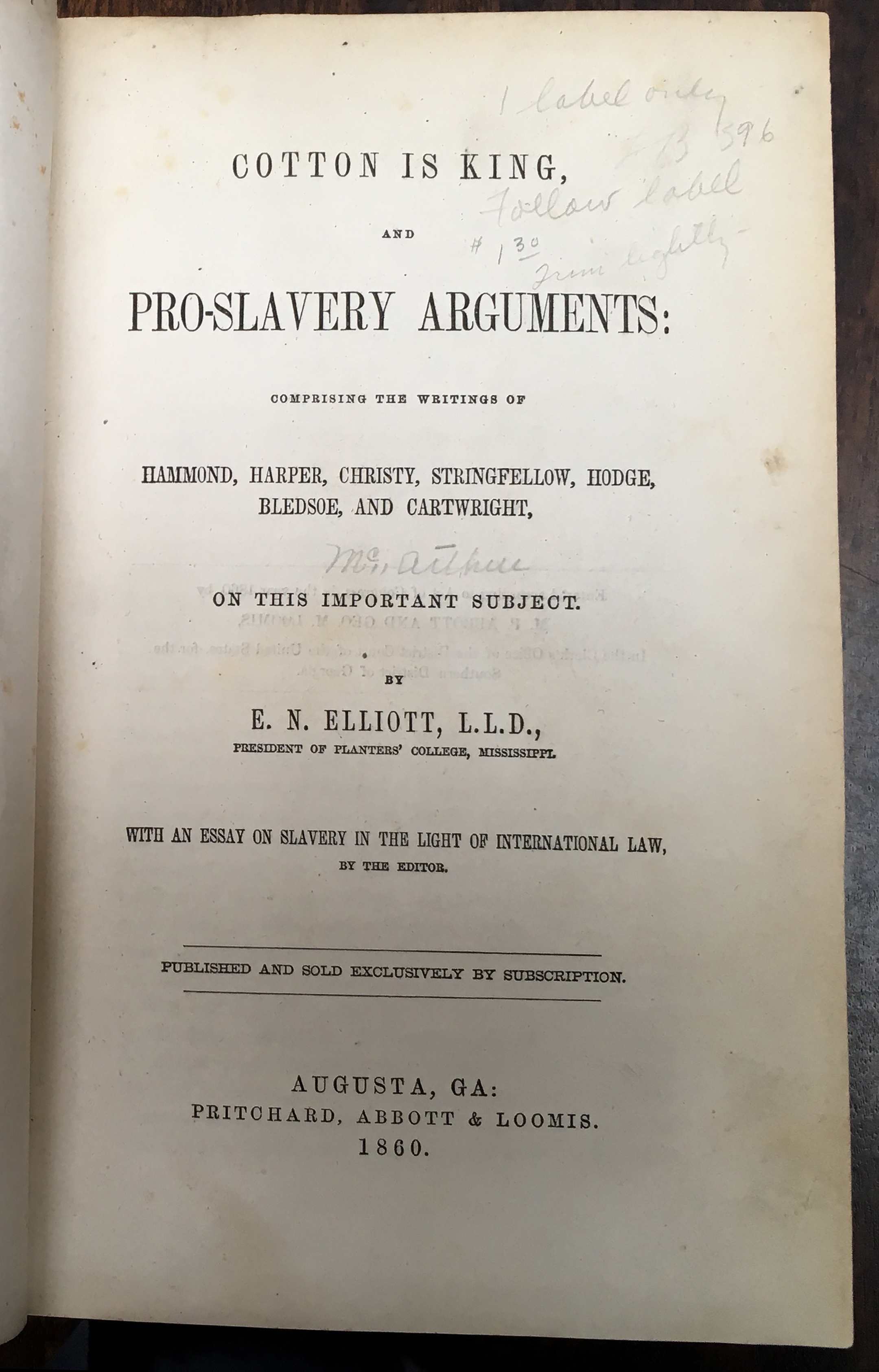 Alan Sussman collected many abolitionist tracts as well as pro-slavery ones, appreciating the importance of responding to arguments in support of injustice.  Every school child knows the stories of the American and French Revolutions, yet knowledge of the Haitian revolution (1791 – 1806), the only successful slave revolt in modern times, is suppressed even today. In The Black Man; or, Haytian Independence (1869), incredibly, M. B. Bird argues that the enslaved people of Haiti did not truly wish to be liberated. 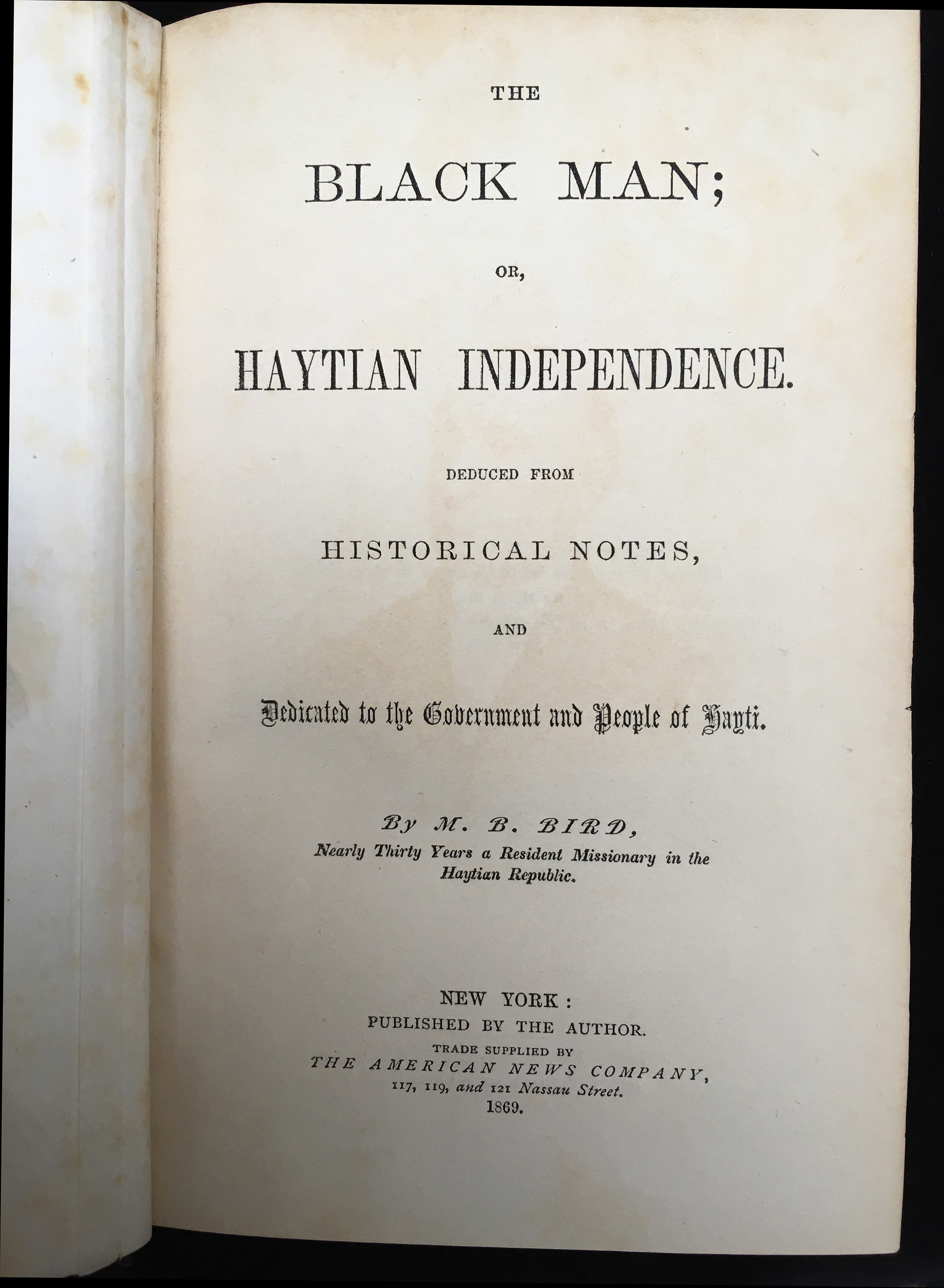