Within twenty years of the formation of the Society for the Abolition of the Slave Trade, legislation abolished the trade throughout the British Empire by the Act of Parliament that you see here: An Act for the Abolition of the Slave Trade, 25 March 1807, Edinburgh. Slavery itself remained in some of its cruelest forms in the continental North American colonies and in Jamaica, Barbados, Guyana, and elsewhere. Further, a secretive trade operated for decades. 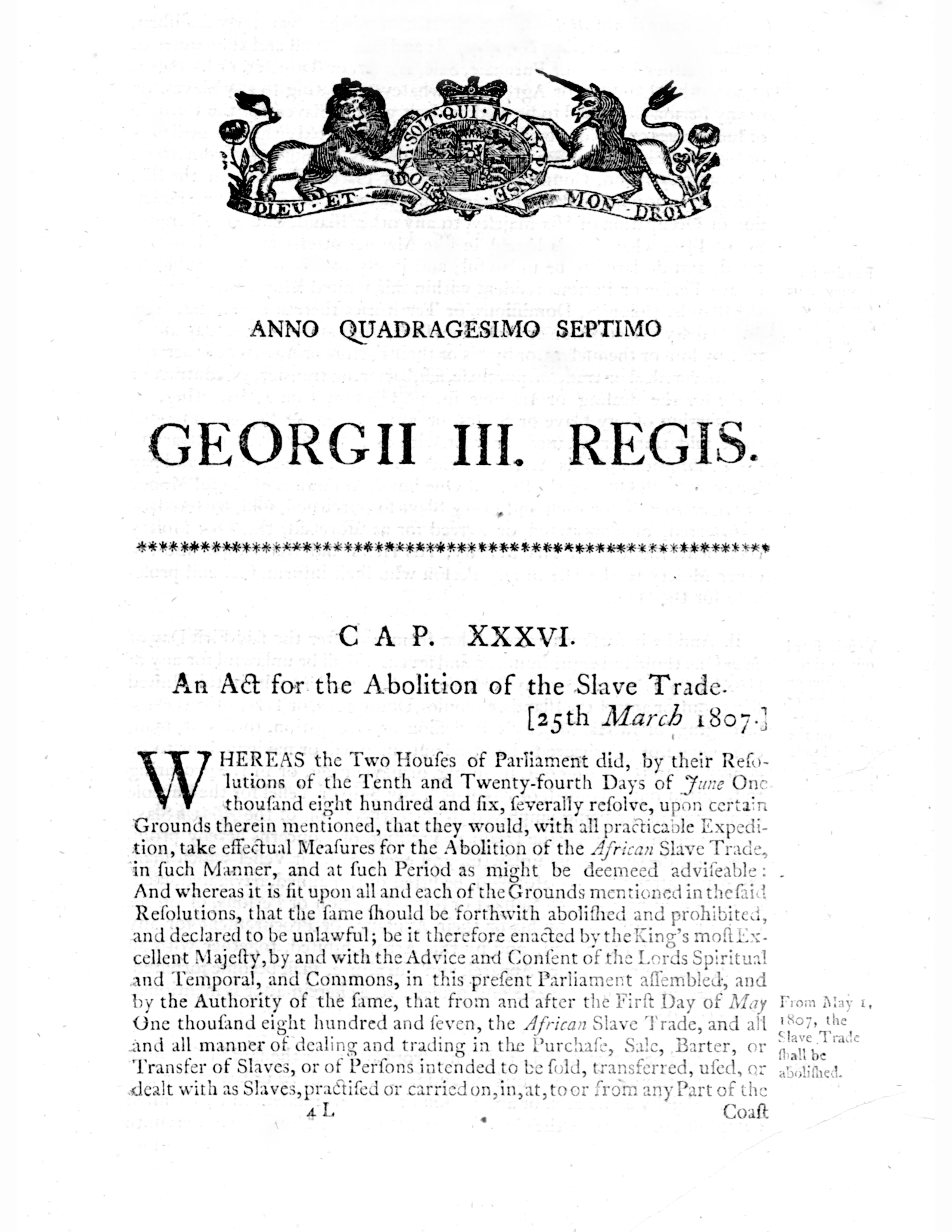 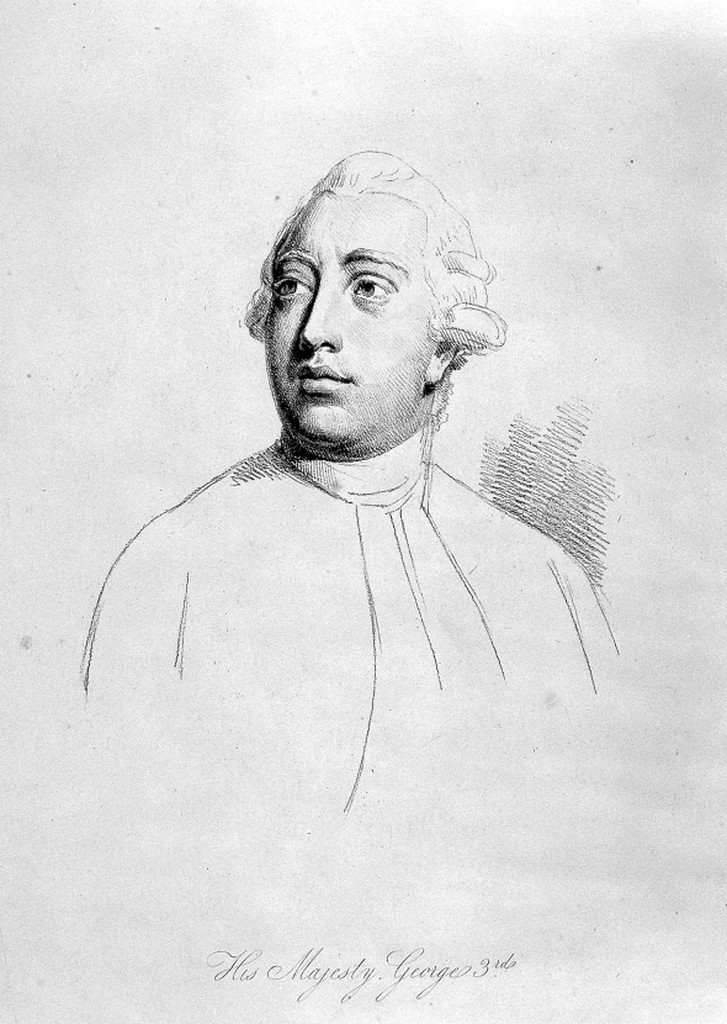 Slavery in the vast British Empire was abolished in 1833 initiated by this act: Slave emancipation: crown slaves. Return to an address to his majesty 18 August 1831 and remained in the US until 1863, when after a fierce Civil War, the “peculiar institution” was ended a mere hundred and fifty-six years ago, with the legacy lasting even today.  So immersed were the elite in Locke’s classical liberal ideal of private property that the Act ending slavery promised reparations to the slave owners.  The nation of Haiti paid reparations to France until 1947.

No wonder Ta-Nehisi Coates and others are calling for reparations today for the victims of European colonial enslavement. (https://www.theatlantic.com/magazine/archive/2014/06/the-case-for-reparations/361631/) 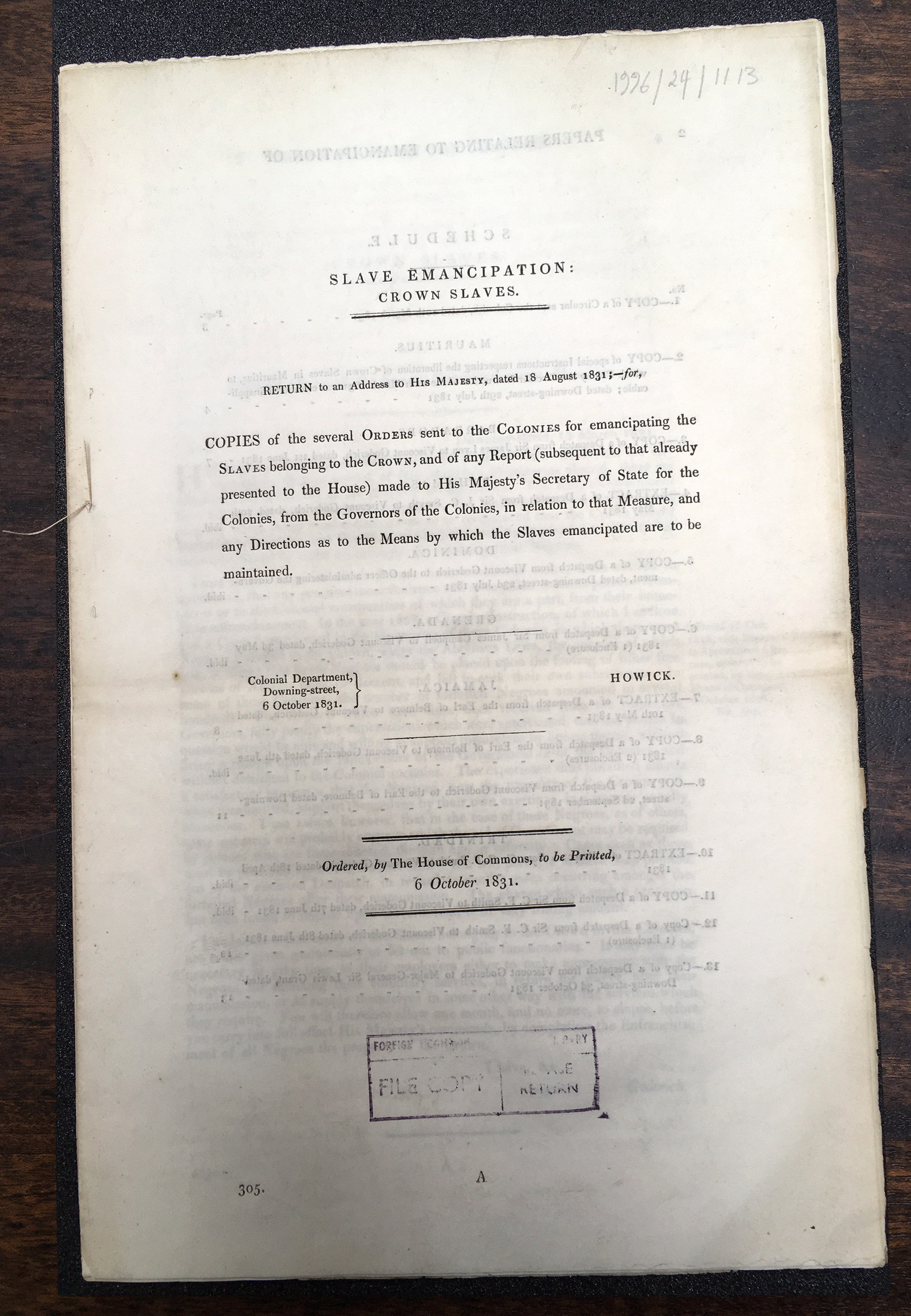 Stedman's Narrative, of a five years’ expedition, against the revolted Negroes of Surinam, by Captn. J.G. Stedman, 1st ed., London, Johnson and Edwards (1796) is a fascinating and troubling book, both visually and in terms of content, one that warrants more research to untangle its complex meanings. John Gabriel Stedman was a British-Dutch colonial assigned to repress uprisings of maroons, self-liberated Africans who revolted against enslavement and lived in remote communities in defiance of plantation slavery in the colony of Surinam. 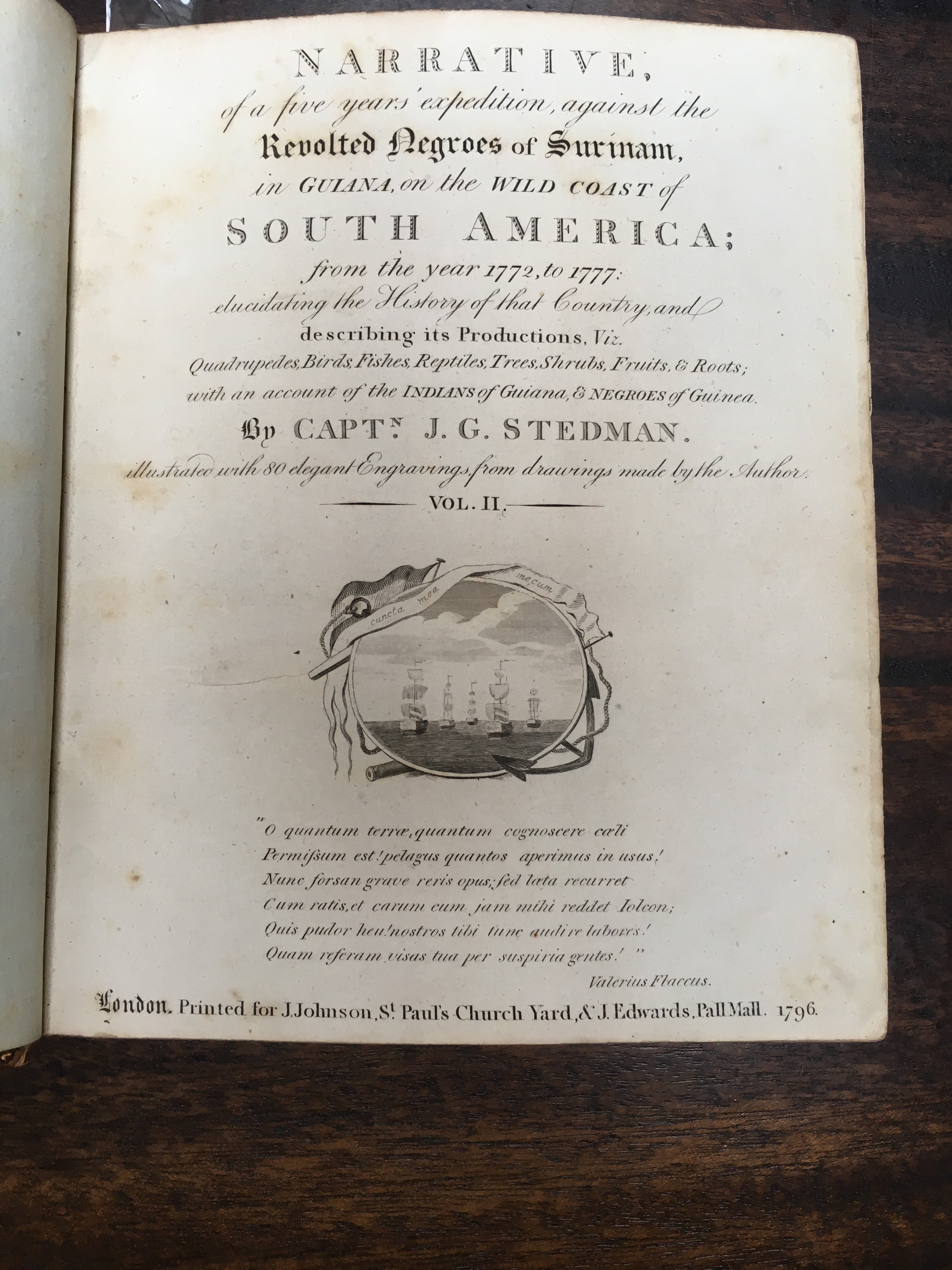 Joseph Johnson, the radical publisher in London of Mary Wollstonecraft’s Vindication of the Rights of Woman, an early feminist treatise, brought into print the diary Stedman kept of his experiences, including his complex feelings about the torture he witnessed. Johnson commissioned the revered artist William Blake to provide illustrations and the work became a central text in the abolitionist movement.  Consider this convoluted tale. The diary of a Euro-colonial sent to South America to obliterate African maroon self-liberators became a springboard for the abolition of the slave trade. 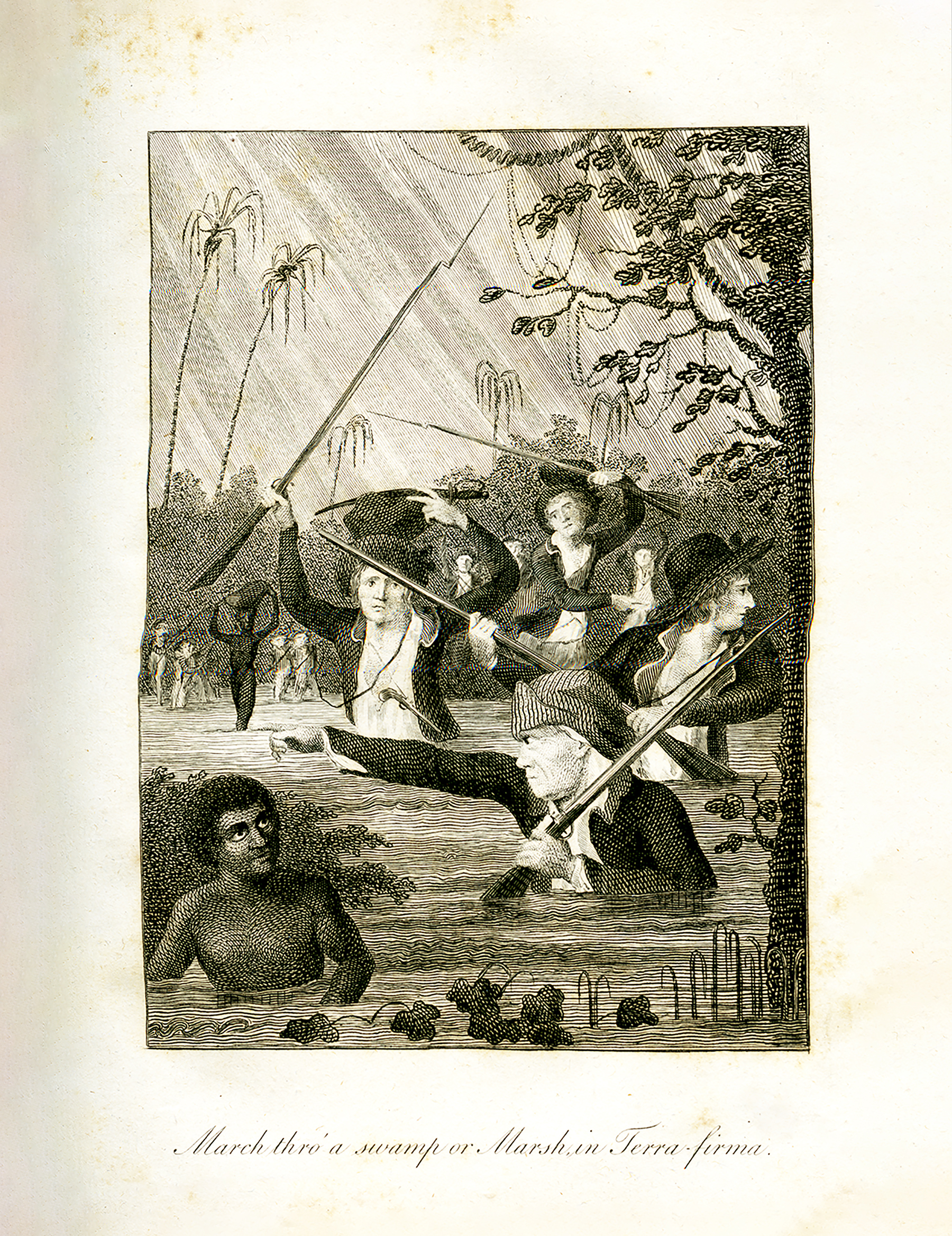 “March thro’ a swamp, Or March in Terra Firma,” engraving by William Blake, in J. G. Stedman’s Narrative of Five Years Expedition Against the Revolted Negroes of Surinam in Guiana on the Wild coast of South America in the Years 1772 to 1777 (1st ed., London, 1796) from the Alan Sussman Rare Book Collection, Stevenson Library, Bard College.