WPA to Street Art: Visual Art as a Voice

Man-made marks have been a part of human culture since prehistoric ages. Whether used to convey beauty, tell a story or simply relay information, mark-making is part of who we are as a species.

I seek to investigate the evolution of visual art as a platform for conveying a individual, governmental, or national voice in the United States. Starting at the beginning of Franklin Roosevelt's presidency, fine art was widely considered a luxury reserved the elite in the midst of the Great Depression.

Art was losing its character, aspiring to emulate the European masterpieces, alienating the viewer and the artist from works that had little personal meaning, whether in an individual or national sense.

“It is part of who we are. As soon as humans figured out how to make marks on things, we did it. Graffiti—in its original definition as a scratched or written public marking—is considered to be the first example of human art.” 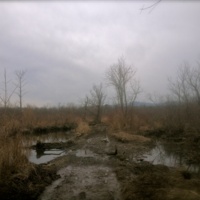 Muhheakantuck ("river that flows both ways") is a tidal estuary that we know today as the Hudson River. For thousands of years, it has defined the lives of the humans who have come into contact with its waters, wetlands, bluffs and uplands. Today, Bard College takes its turn on the Muhheakantuck shore, in the unique and bountiful environment of the Tivoli Bays. This exhibit tells the story of those who came before and of a relationship with the land that has lasted millennia.

Acknowledgements: thanks to Professor Christopher Lindner, Bard's Archaeologist in Residence, for information in this presentation. Articles by Dr. Lindner, his former students Elizabeth Chilton and Bethia Waterman, and State Archaeologist Emeritus Robert E. Funk can be read by googling Bard Archaeology 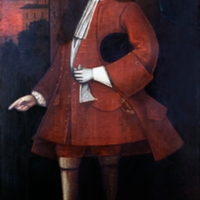 Annandale Abuzz! is an online exhibit that explores the economic history of Annandale, with a focus on years 1860-1870. This exhibit is a product of the public history practicum project, Before Bard: A Sense of Place. Unless otherwise noted, all images are credited at the end of the exhibit under Notes and References. 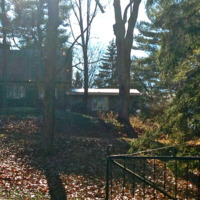 Clio’s Sisters: Women Who Made History In and Around Bard 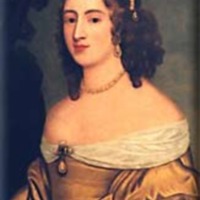 This exhibit explores the role of some extraordinary women who lived in and around Bard College. These women stand out due to their involvement in business, politics, social relations, education, botany, horticulture, and architecture. They also all expressed individuality through their interests, as they were not customary for women in the seventeenth, eighteenth, nineteenth, and twentieth centuries. Each is remembered for different reasons, but they all circle back to breaking the confines of traditional feminine roles. The women you will be reading about are Alida Schuyler Livingston, Margaret Beekman Livingston, Janet Livingston Montgomery, Margaret Bard, Cora Barton Livingston, Violetta Delafield, Frances Hunter Zabriskie, the first women students of Bard College, and the early women faculty of Bard College.

These women stand out because they were unsatisfied by the preordained activities that women of their respective time periods and social statuses were supposed to take part in. Looking back, they overcame the roles that women of their same status played to discover and pursue their own interests. The women of the lands in and around Bard have not been as widely recognized for their roles as the men of this area have. This exhibit sheds light onto the boundary-breaking women of this area who moved beyond traditional roles and should be better remembered for their accomplishments.

Located in the heart of the Hudson River National Historic Landmark District, Blithewood Garden was designed circa 1903 by Francis L. V. Hoppin (1867–1941) of the architectural firm Hoppin & Koen. It is a classic example of a walled Italianate garden. Blithewood Garden today remains breathtakingly beautiful, including its awe-inspiring backdrop of the Catskill Mountains and Hudson River.

In keeping with the turn-of-the-century trend toward Romanticism, the formal Italian garden acts as an extension of the Georgian-style mansion. Hoppin designed the house in 1900 for Captain Andrew C. Zabriskie (1853–1916) and his wife, Frances Hunter Zabriskie (d. 1951), who owned the Blithewood estate from 1899 to 1951, when their son, Christian Zabriskie, donated it to Bard College.

Blithewood garden is quintessentially an architectural garden. It is a garden set upon the land, set apart from the landscape —
except where views are specifically allowed for. The garden is determined by its architectural bones…

Above photographs by Suki Sekula '19 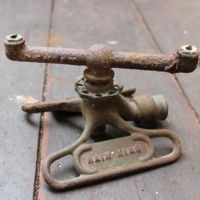 Historic Garden Tools of Montgomery Place is an exhibition of the antique garden implements used at Montgomery Place for vegetable gardening, landscaping, orchard care, and ornamental floral display. This online exhibit is based on an exhibition presented by the Landscape and Arboretum Program at Bard, that was on display in the Greenhouse Tool Room on the Montgomery Place Campus July – October 2017. 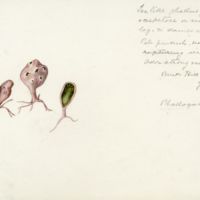 The Montgomery Place Collections at Bard College contain hundreds of mushroom drawings by Violetta Delafield, most of which are watercolors with specimen data describing each species she collected. This exhibit displays a small collection of these drawings and notations. Accompanying this selection are descriptions of the work written by the students in the Experimental Humanities/Art History course, “The History of the Experiment (ARTH 252).” Having little more than an unpublished biography of Violetta (written by her husband), the students reflected on her catalog of mushrooms, considered its qualities as a database in the original analog form, and then created a digitized version for this exhibit.

US-Russian Relations from Tehran to Yalta and Beyond 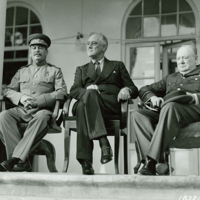 This is a digital version of the Stevenson Library Exhibit curated by students from History 230: US-Russian Relations from Tehran to Yalta 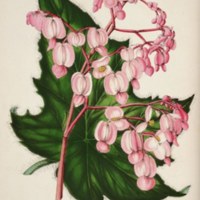 Gilsonfest was a Bard College–led collaboration including Historic Red Hook, the Dutchess County Historical Society, and the Red Hook Quilters, funded by the Lumina Foundation, that focused on the life of Alexander Gilson (c. 1824–89). Gilson was an African American who labored for 50 years at Montgomery Place, eventually becoming the head gardener. Gilsonfest featured lectures, exhibitions at the Historic Red Hook Annex and Bard's Montgomery Place Campus, new signage, a commissioned quilt, an artistic digital display, and a brochure. Bard students in Professor Myra Young Armstead's spring 2019 course “The Window at Montgomery Place,” an Engaged Liberal Arts and Sciences offering, conducted historical research and assisted in developing the exhibition in partnership with historians and Bard staff. Gilsonfest focused on and interpreted the life of Gilson, which allowed the project to illuminate the contributions of African Americans in 19th-century New York and the Hudson Valley, including the experiences of slaves, indentured servants, and free-born blacks. 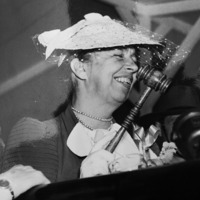 This exhibit explores how Eleanor Roosevelt redefined the role of the First Lady. The American people had, in the White...