Romanticism in the Hudson Valley 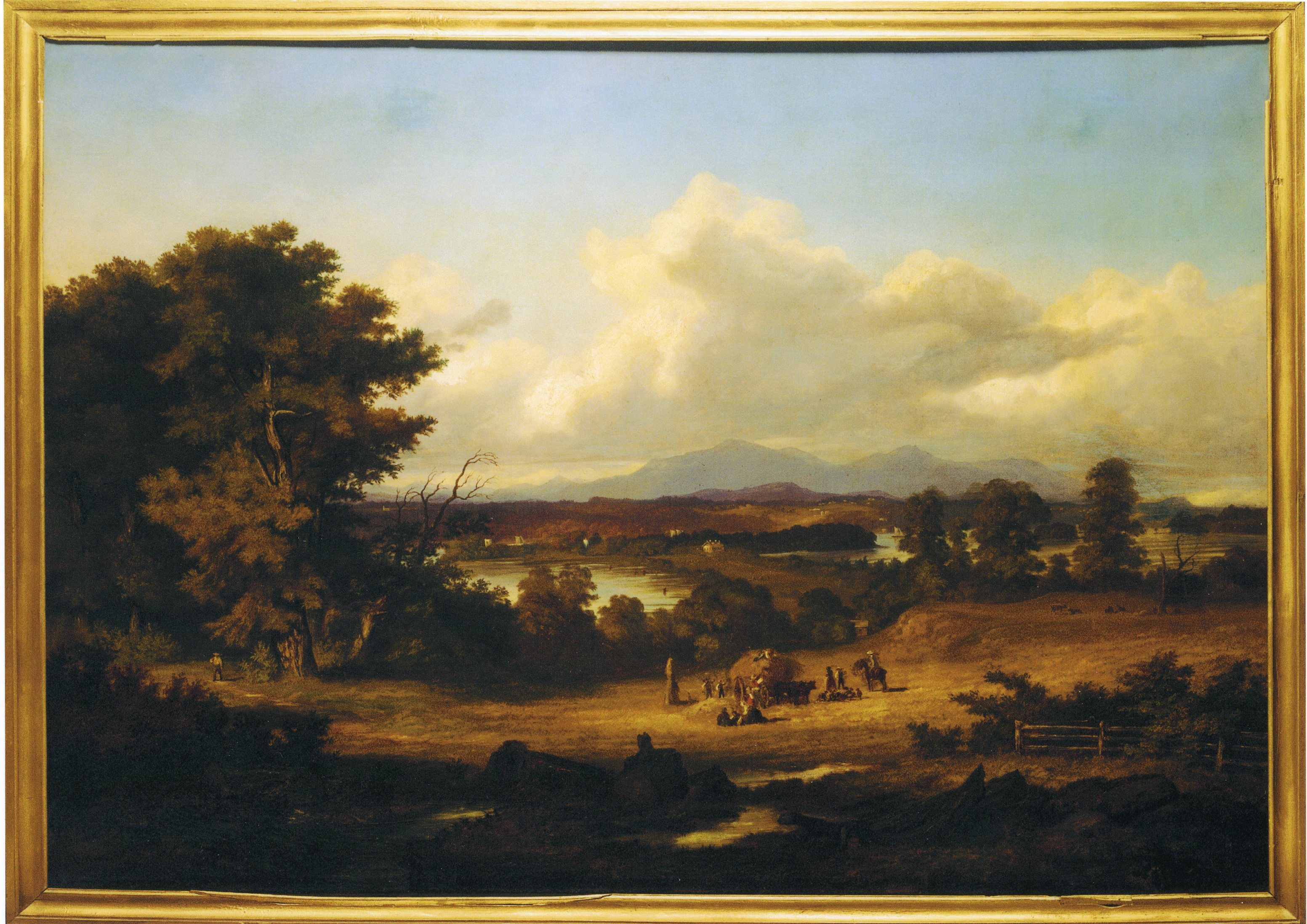 The View of Cruger's Island From Miramonte, by Wilhelm Heine

The Romantic period, which originated in Europe toward the end of the 18th century, championed an appreciation of nature that went beyond the purely aesthetic. Nature, according to Romantic thinking, could provide calmness and enhance morality, but could also inspire awe. The ideas of the Sublime, Beautiful, and Picturesque began to take shape: while Beauty is defined in terms of physical attraction, determined by traits such as gentleness and softness, the Sublime describes that which “operates in a manner analogous to terror,” that which can produce the strongest emotions and overwhelm the viewer, according to Edmund Burke, the British philosopher who pioneered the concepts of the Sublime and Beautiful. The Picturesque is a middle ground between the two. A Picturesque landscape is composed in an aesthetically pleasing way, delicately balancing the extremes of nature.

This glorification of nature led to an upsurge in landscape painting. By the 1820s, landscape painting, and the Romantic thinking it was a manifestation of, began to gain popularity in America as well. In fact, landscape painting became closely tied with American national identity. The potential of America’s untamed wilderness, long thought to be inferior to Europe’s more domesticated landscapes, was now its greatest merit, and symbolic of its potential as a country. Appreciation of the American landscape was viewed as patriotic. The Hudson River School was America’s first truly national style of art. Beginning in the mid-19th century, it was a group of landscape painters influenced by Romanticism who portrayed the beauty of the American landscape – true to the movement’s name, these painters were based in the Hudson Valley.

Locations →
Romanticism in the Hudson Valley