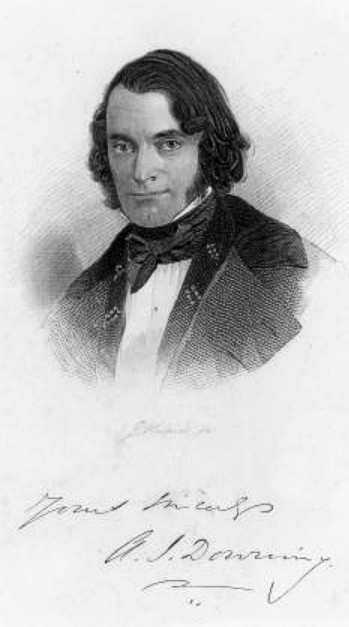 Downing championed the Picturesque style, which included irregular surfaces, contrasting shapes, and interplay of light and shadow, and rejected the formal order of the “classical” style. He promoted integrating landscape design into the natural landscape, choosing to use gently curving lines and to place plants in a naturalistic way. He also translated English ideals of landscape design into a format more appropriate for Americans, which included using native materials and giving greater priority to functionality, rather than aesthetics. He was not only a theorist of landscape design, but practiced it as well – he designed the grounds of many estates along the Hudson.

Downing had a large part in developing the pleasure grounds of Montgomery Place and Blithewood. As the tastes of these estate owners shifted towards more Romantic aesthetics, they decided to change their estates to reflect this. The buildings of both estates were renovated by Alexander Jackson Davis, an architect that was one of the first to promote the Gothic Revival style, which he believed was better integrated into the American landscape than other styles. The grounds, designed by Downing, also focused on integrating domesticity and nature. Robert Donaldson, owner of Blithewood, worked closely with Downing to transform the landscape of the estate into one more Picturesque, with gently sloping lines and points from which one could admire the river views. At Montgomery Place, Louise Livingston, widow of Edward Livingston, and her daughter, Cora, also enlisted Downing’s help to reinvent the estate’s grounds. Under their guidance, the former working farm was transformed into ornamental pleasure grounds. Here, too, Downing emphasized a harmony between nature and design: the area where the orchards stood was turned into a sweeping lawn leading to the wilderness, with a gently curved drive to replace the formerly straight one. 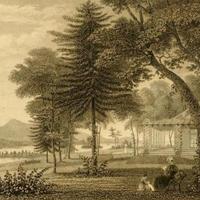 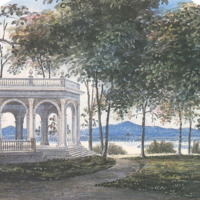 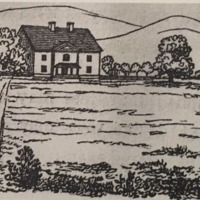 "View of a Country Residence, as frequently seen" 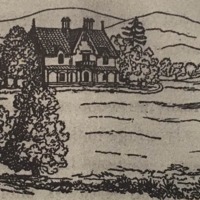 "View of the same Residence, improved"