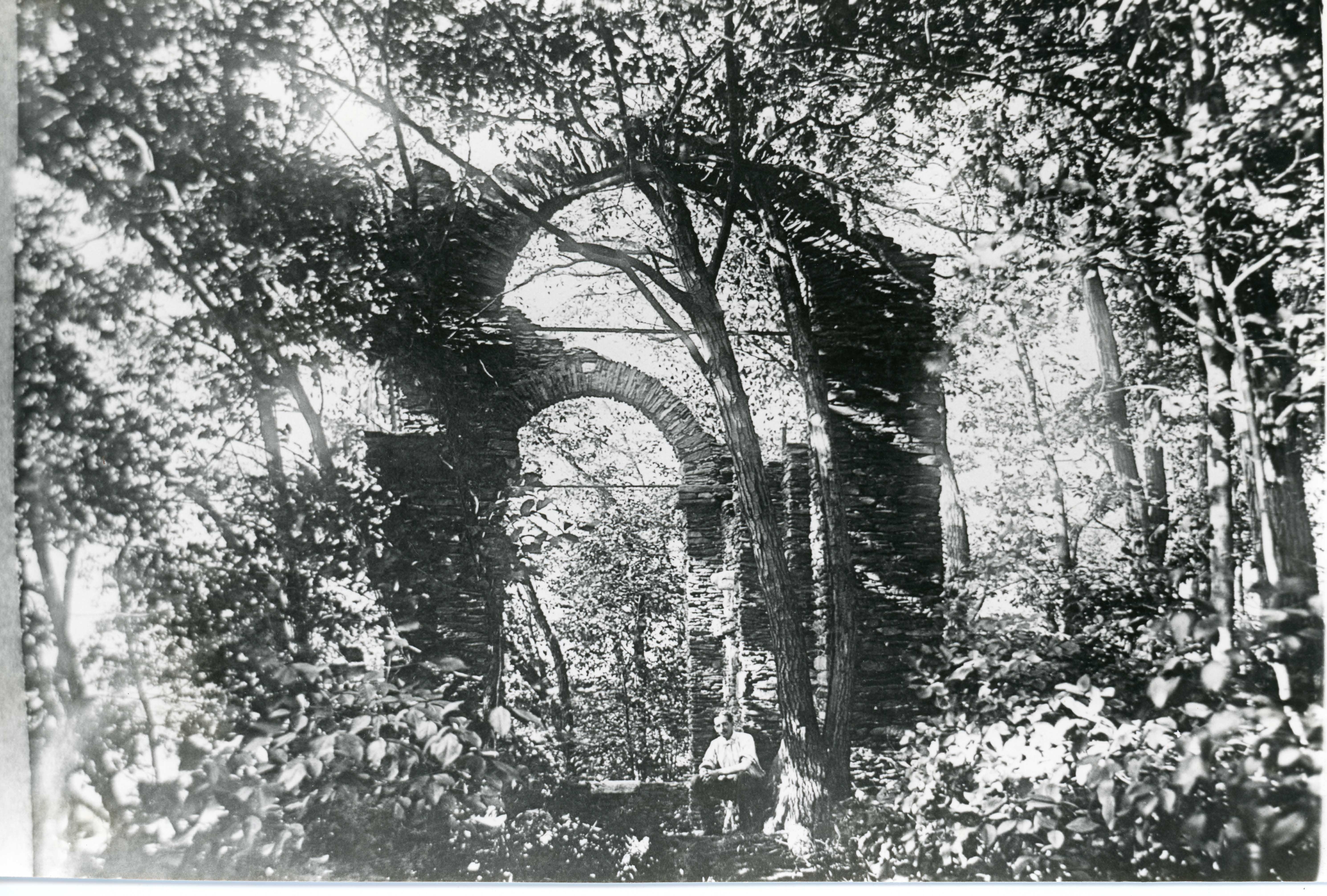 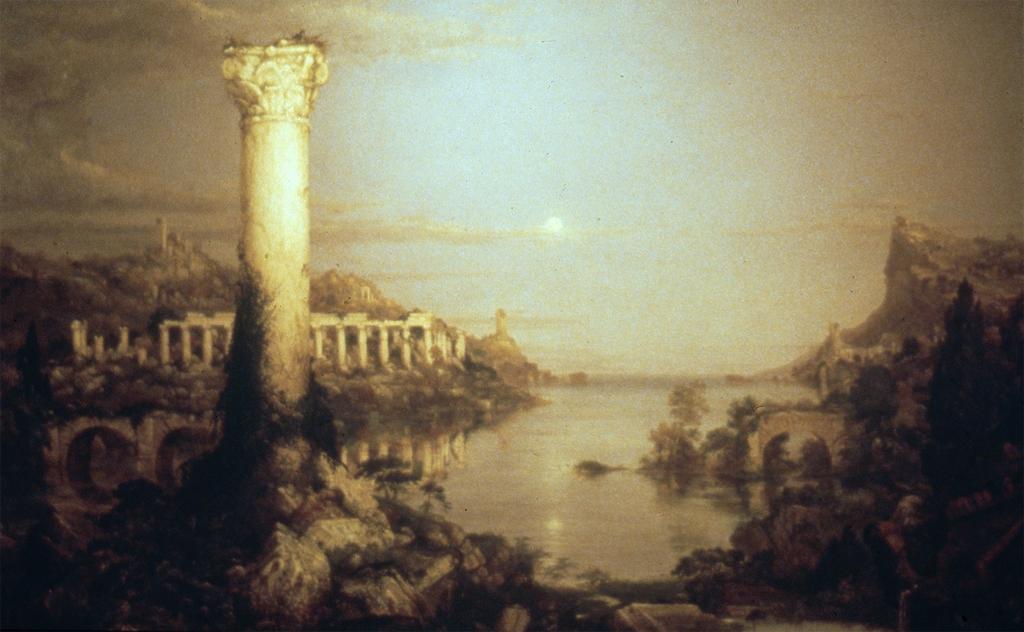 Desolation by Thomas Cole, part of his Course of Empire series

Romantic writer François-René Chateubriand sums up the movement’s fascination with ruins: “All men have a secret attraction to ruins. This feeling belongs to the fragility of our nature, and a secret conformity between these destroyed monuments and the fleetness of our own existence.” Ruins were an iconic Romantic image, symbolizing the power of nature and relative powerlessness - and transience – of humankind, a perfect example of the Sublime. Thomas Cole, the founding member of the Hudson River school and its most well-known painter, often painted ruins, most famously Desolation, part of his The Course of Empire series. Inspired by the Romantic mindset, the construction of follies, purely decorative structures meant to look like they have another purpose, became common, first in English gardens and later spreading to America. Specifically, follies resembling false ruins gained popularity.

In 1835, John Church Cruger purchased the piece of piece of land along the Saw Kill creek, encompassing what is now Blithewood, and the nearby peninsula of land, known since as Cruger’s Island. Several years later, in 1840, he received a unique gift from an explorer friend – ancient Mayan sculptures and stone reliefs acquired from a recent trip to the Yucatan. Cruger constructed large, elaborate false ruins as a way to showcase these artifacts, probably inspired by the Romantic conception of ruins perpetuated by Cole’s paintings, to which he most likely would have been exposed. Cruger’s folly was well-known in its time – it could be seen by the numerous boats passing up and down the Hudson. 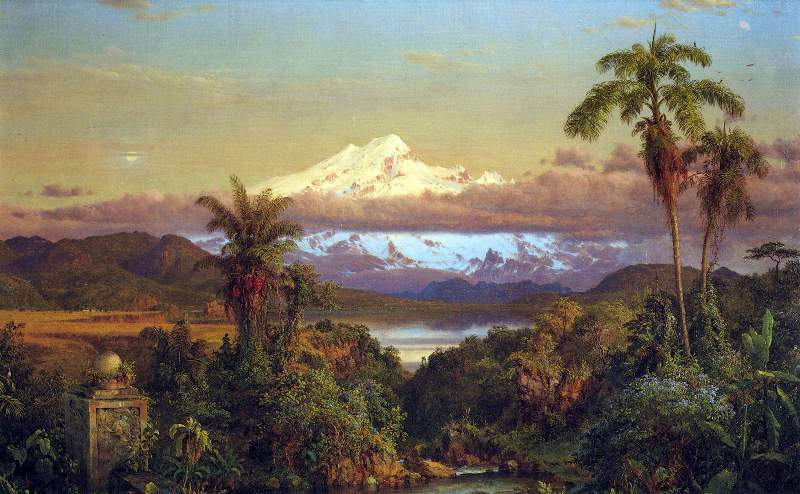 Interestingly, art historian Kevin Avery draws a connection between the Cruger’s Island ruins and Cayambe by Frederic Church, prominent Hudson River School painter and student of Thomas Cole.  This painting depicts an Ecuadoran landscape with ruins, ostensibly Incan, in the foreground. However, the relief on these ruins is copied from Mayan designs. With Church’s estate, Olana, situated only about fifteen miles north of Cruger’s Island, he certainly would have been aware of the ruins – it is possible that this exposure drove him to incorporate a Mayan ruin instead of an Incan. 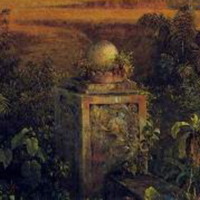 Detail of ruins in Cayambe 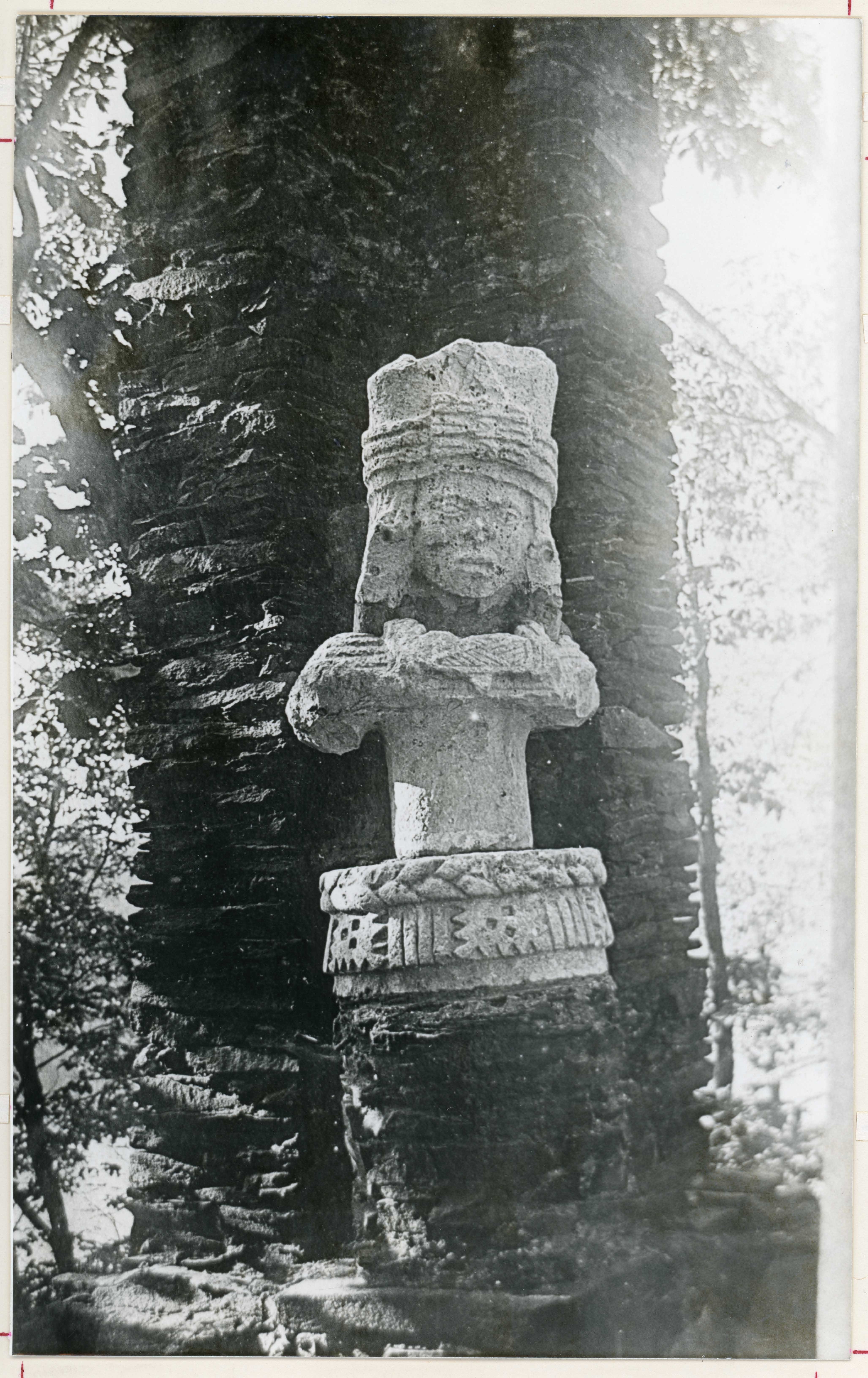 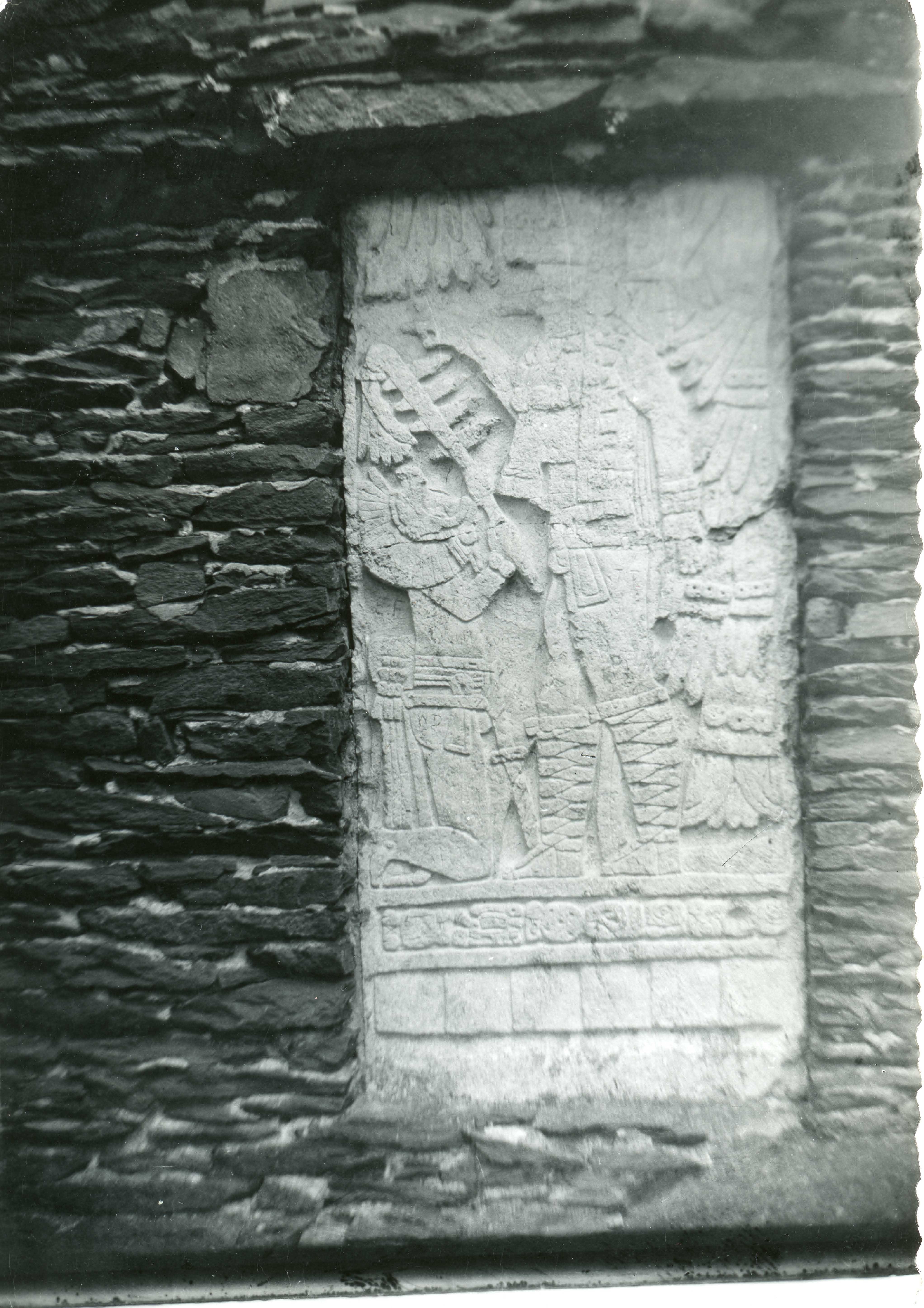 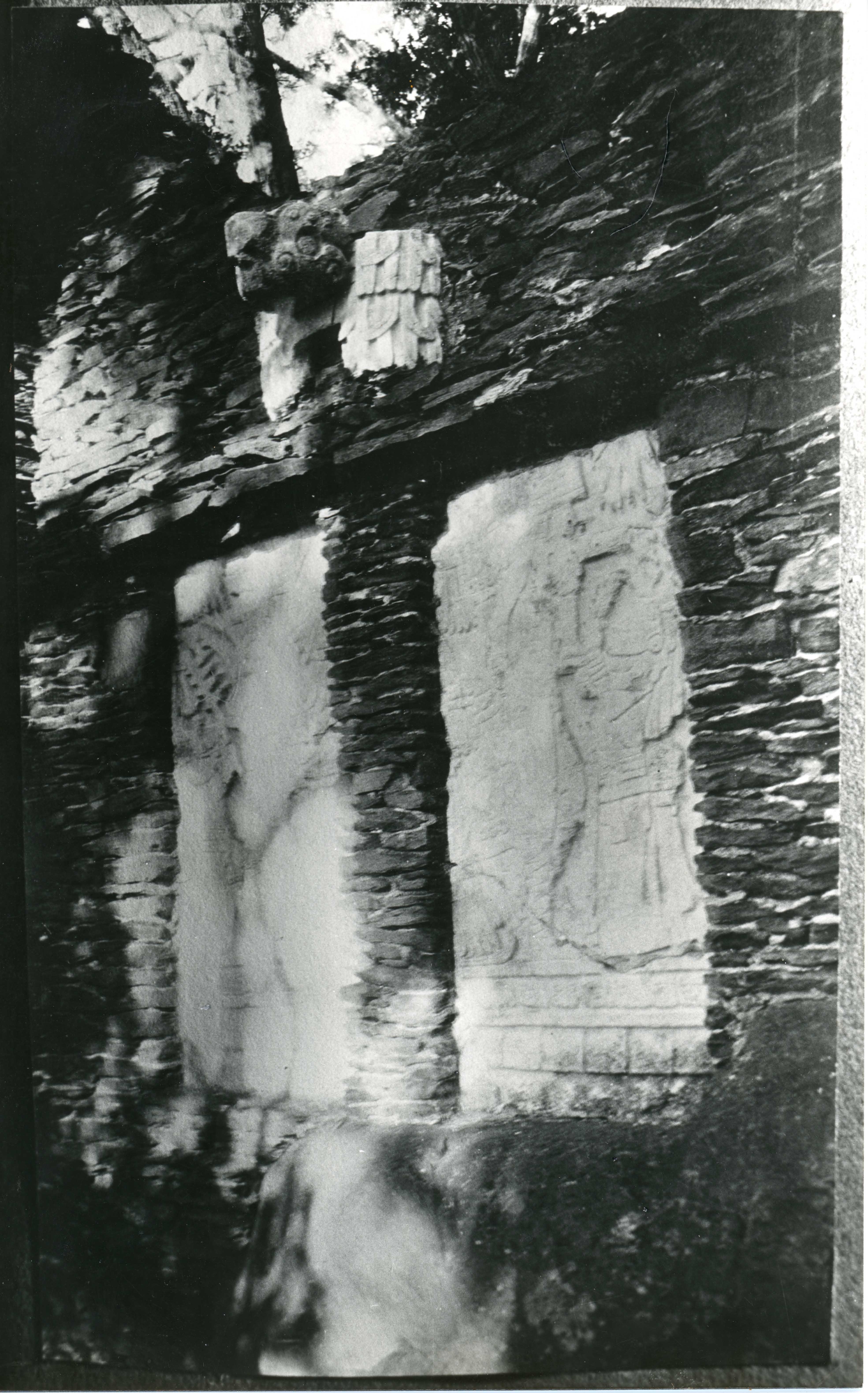