Stefan's experience of visiting Mexico during the early 1930's exposed him to a number of new and innovative forms of artistic practice. Among these, he was particularly attracted to new representations of folkloric practices and the presence of pre-Columbian sites which had been recently recovered through archaeological work.

The items in this section of the exhibition reflect Stefan's artistic production, which eventually was exhibited in New York upon his return. The use of Mexican subject matter in these works recast Stefan as an expatriot artist, rather than as an immigrant Precisionist as he was previously known. Additionally, this exhibition presents some photographic material which likely inspired Stefan's artistic choices. 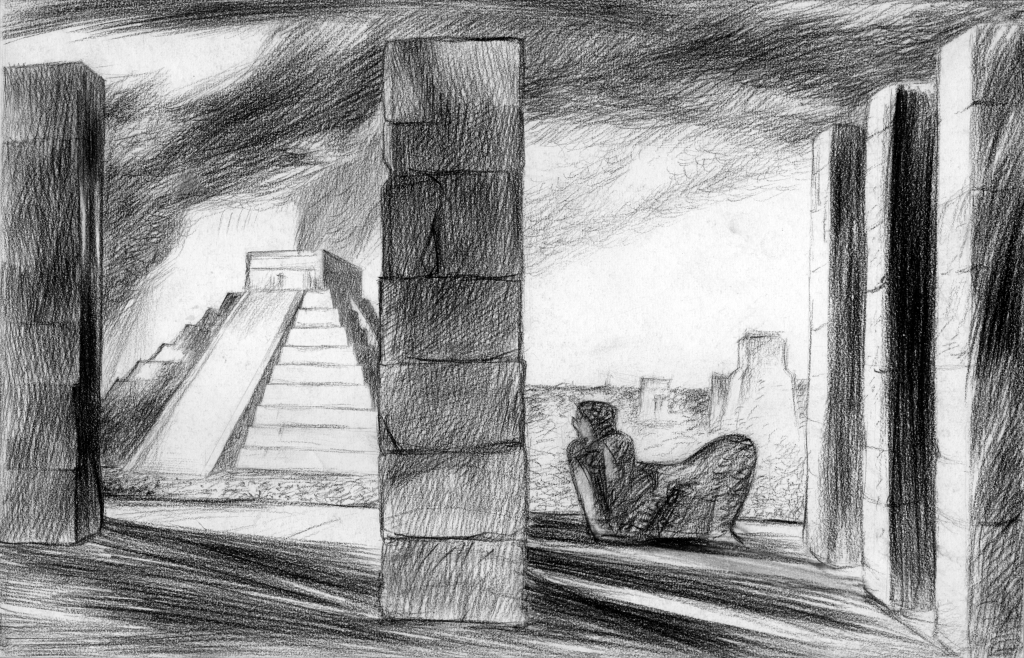 Hirsch and Rogo visited the “Temple of the Serpents” at Chichen Itza, a major Mayan site in the Yucatan Peninsula. Hirsch titled his drawing "Chak-mol", an antiquated spelling of what we now refer to as "Chacmool". In Mayan culture, the Chacmool represented fallen warriors in a reclining pose. These statues were centrally featured in Mayan temples and were used as the site of sacrificial offerings. In Hirsch’s drawing, the chacmool presides over the enormous ruins of Chichen Itza which had begun to be excavated nearly contemporaneously with Hirsch’s drawings. 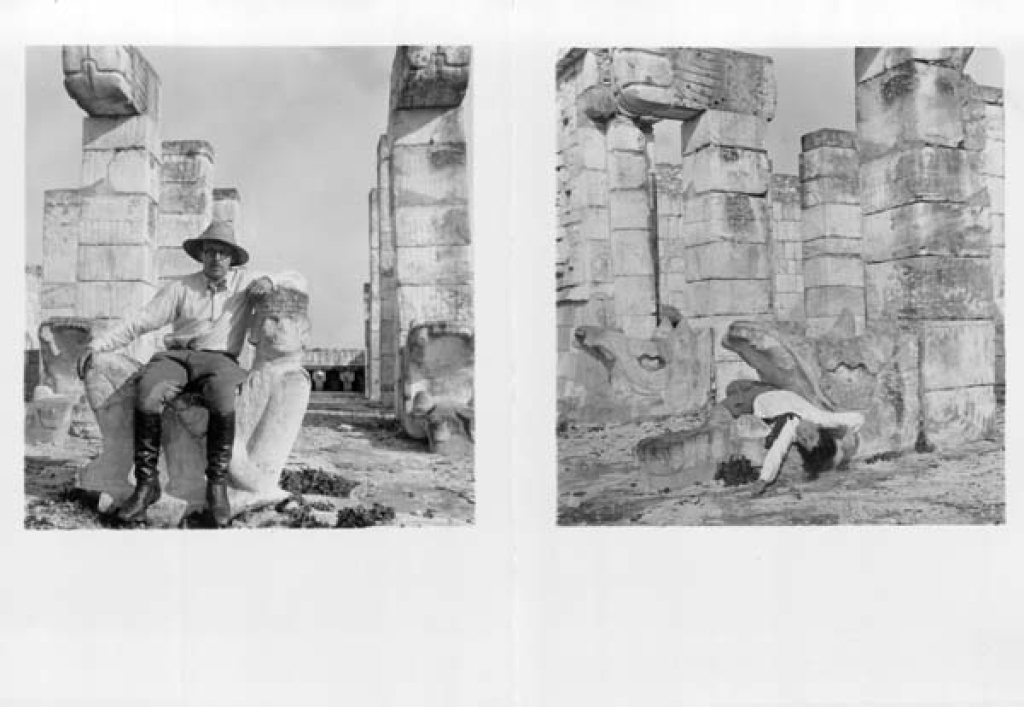 A fold-out photograph features the couple posing at the Temple of the Warriors at Chichen Itza, Yucatan, Mexico. Hirsch sits atop the Chacmool while Elsa poses in the mouth of a Serpent Column. The site was first explored by archaeologists from the Carnegie Institute in the 1920s, and many of its stone carvings and columns were recorded and published by Jean Charlot, a French-Mexican artist and friend of Hirsch and Rogo. 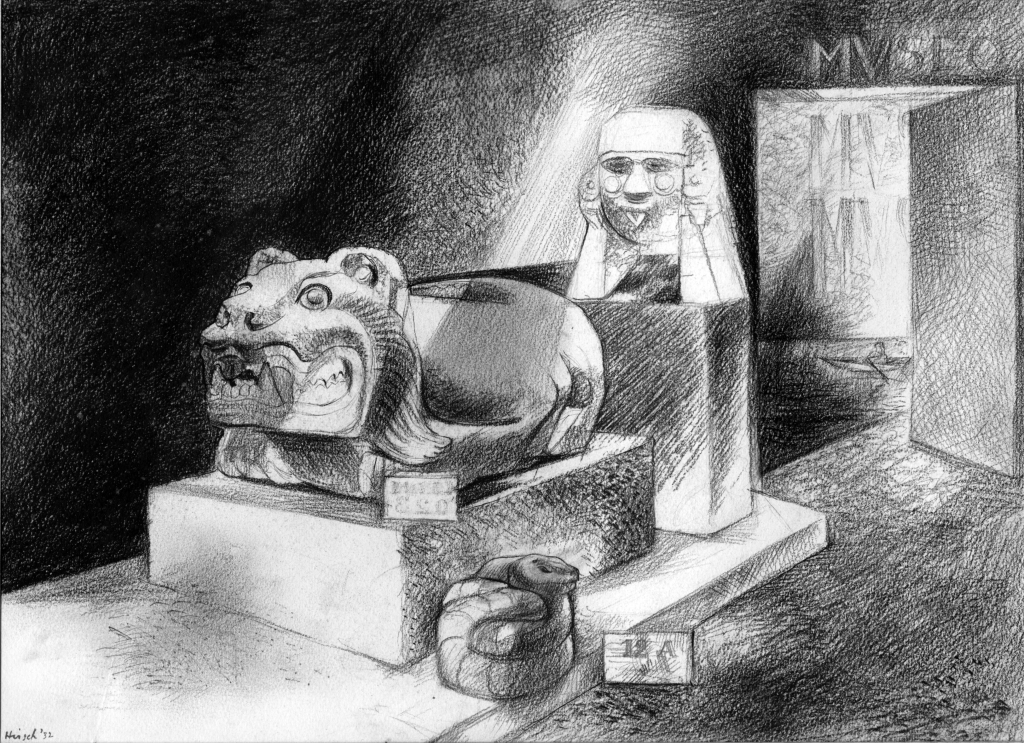 Using the ethnographic museum as source material, Hirsch deploys the iconography of archaeology and exhibition to mix elements of Pre-Columbian cultures with modern style. 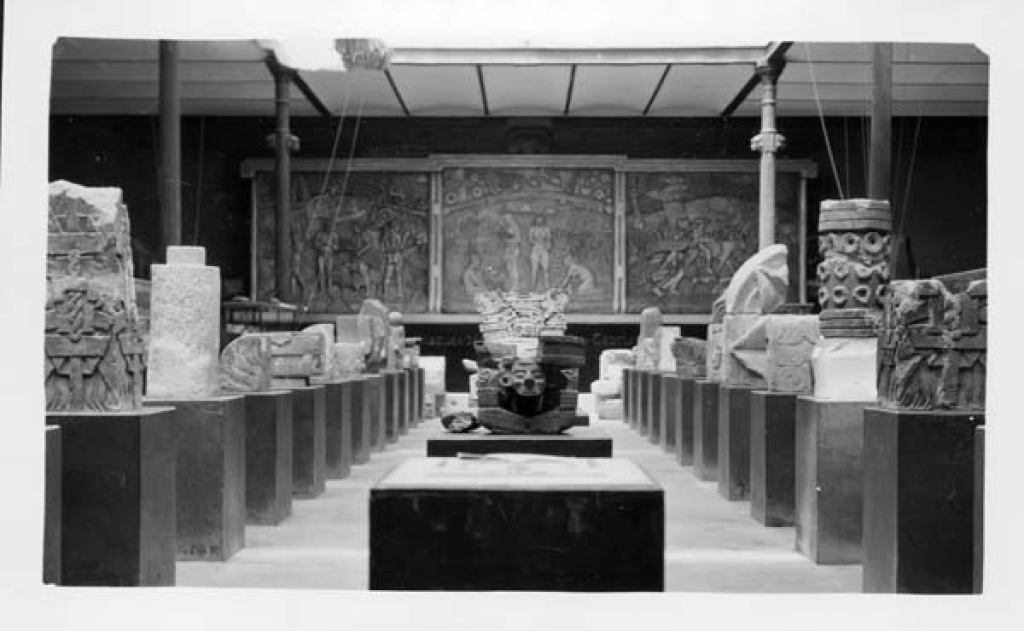 This photograph was likely taken at the earlier location of the present-day National Museum of Anthropology. Pictured are several pre-Columbian and indigenous sculptures atop black stone pedestals. Visits to museums served as the pictorial basis for Hirsch’s piece, “Museo”. Hirsch and Rogo witnessed an enormous revival of interest in the pre-Columbian past of Latin America, spurred on by archaeological discoveries and the development of antiquarian collecting. 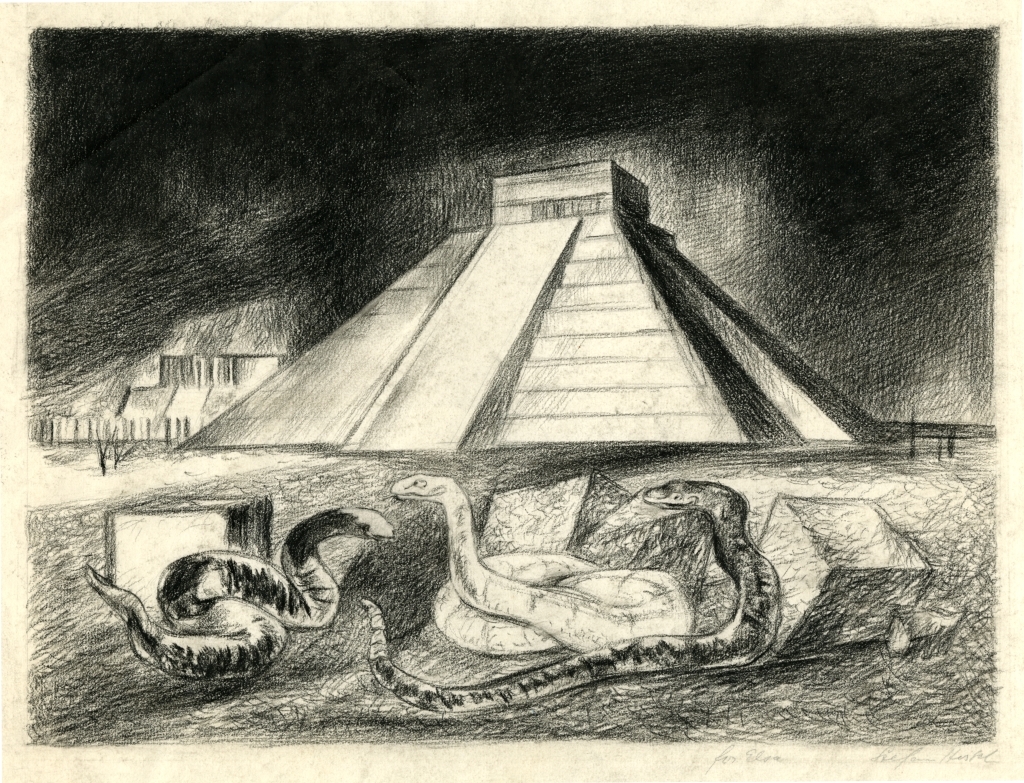 Playful and mysterious, here Hirsch uses the motif of the serpent among the ruins of a temple, probably at Chichen Itza. The Mayan feathered serpent deity, Kulkukan, was prominently represented throughout Chichen Itza, and Hirsch and Rogo likely encountered records of Kulkukan’s worship in the feathered serpent columns and hieroglyphic writing among the site.