Revisiting Precisionism: The Lure of Mexico

Hirsch's early style was marked by an interest in Precisionism, an artistic movement associated with the 1920's in the United States which emphasized realistic depictions of industrial and urban scenes. Precisionism was construed as a response to European avant-garde movements such as Cubism. Although Hirsch was well known as a Precisionist artist throughout the 1920's in New York City, he experimented with different genres and approaches to painting. In the late 1920's, he met Elsa Rogo and they decided to get married and have their honeymoon in Mexico. The conflict between Precisionism's harsh, demanding attitude towards formal and representation brushed up against Hirsch's attraction to Mexican techniques which favored shifting color, expression, and folkloric themes. This contrast produced a unique visual idiom which impacted Hirsch's status as an artist between two distinct artistic worlds.

The items in this section of the exhibition highlight the transition between stylistic attitudes towards representation of folkloric themes as well as traditions of art practice and education developing in the early twentieth century. 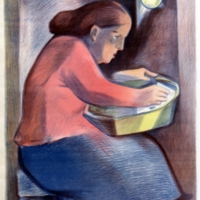 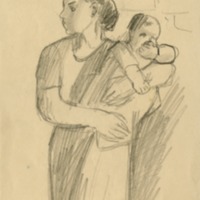 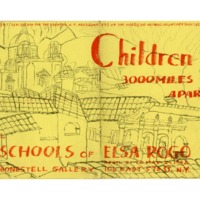 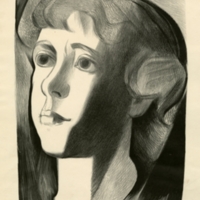 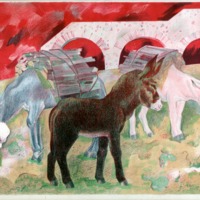 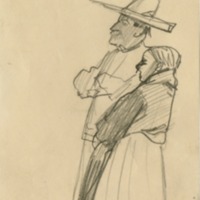 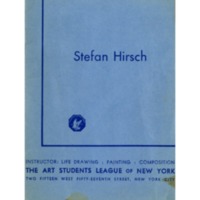