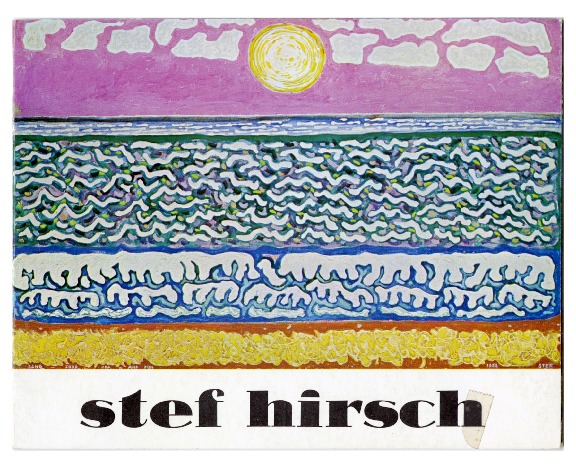 Retrospective catalogue on the work on Stefan Hirsch, following his death in 1964. Retrospective pulled from multiple private collections and exhibited many of his notable later works, which are rarely on view. Cover image: "Sand, Surf, Sea, Sun" (1952), Casein. Interior image is likely "Midtown Range", 1931, oil.

Prior written permission required to use any material from the Bard College Archives.