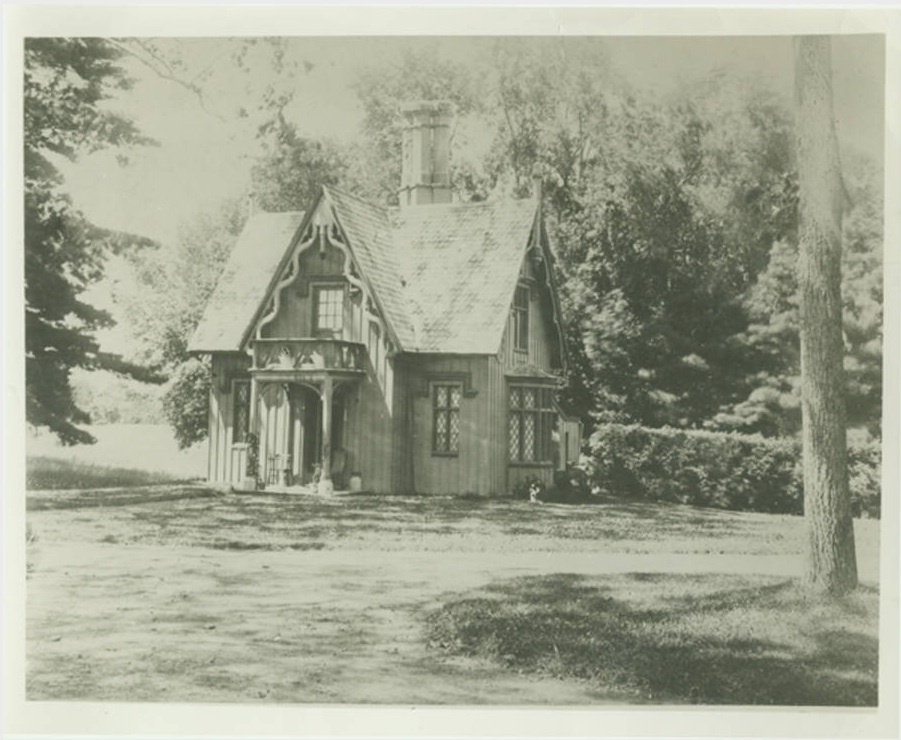 Called variously the Gardener's Cottage or Gardener's Lodge, this building served as the gatehouse to the Donaldson estate, Blithewood. Though A.J. Davis is often credited as the architect, an 1845 article in an agricultural publication entitled 'The Cultivator' gives the credit for the design of this building to Robert Donaldson. "The credit of introducing to this country the Rural Gothic, or pointed style of architecture, belongs to Mr. Donaldson. The first specimen of this style was the gardener's cottage above-mentioned, which, for its taste and simplicity, excels anything of the kind we have ever seen. Mr. Donaldson was also, we believe, the first to introduce what is called the Bracketted style, several pretty specimens of which are shown among his numerous buildings." This is the only known photograph existing of this house. It was demolished around 1900 to make room for a stable and coach house on the Zabriskie estate