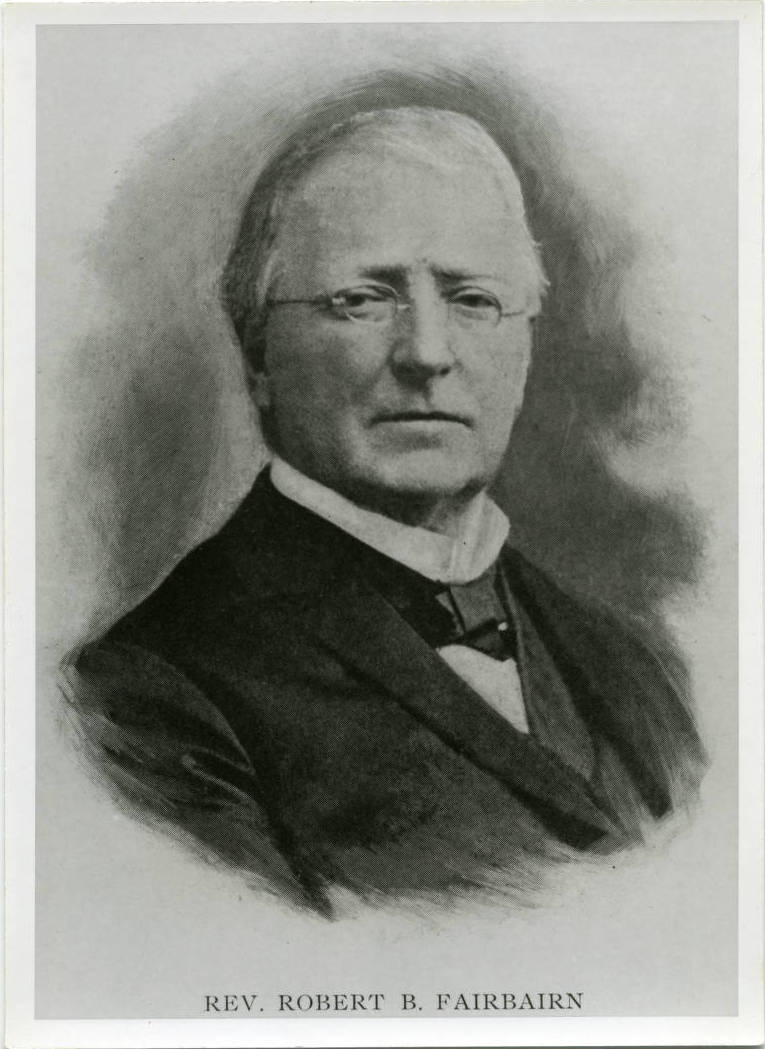 Rev. Robert B. Fairbairn was the third president of the college. During this time the title warden was used and he is often referred to as "The Great Warden" having served as warden from 1863 to 1898, making him the longest serving head of the college until the current president. After ten years of service the trustees presented Rev. Fairbairn with a gift of $1500 and he went to Europe for the summer. Under his steady guidance, the college grew into an institution recognized for its academic rigor. The historic architectural core of campus was also established, including the construction of Ludlow-Willink (1866), the Stone Row buildings Potter and McVickar (1885), North and South Hoffman (1891), and the Hoffman Library (1893). He died within two weeks of John Bard in 1899, effectively ending the "early years" of the college. As warden Rev. Fairbairn wrote a sermon titled "A Plea for an Endowment of St. Stephen's College." What follows is an excerpt from that sermon. "Our blessed Lord makes use of the instrumentality of men in the economy of grace. He does not come to operate directly, without the intervention of means, on the hearts of men. He does not carry on the work of grace, any more than the work of nature, by the direct exertion of his power. It is a gradual work which is going on in the laboratory of nature. There is first the blade, then the ear, then the full corn in the ear. So it is in grace. The work is gradual. It is performed by the instrumentality of means. God makes use of man in carrying on his divine operations. This is why he says, 'Pray ye the Lord of the harvest that he will send forth laborers into his harvest.' This is the means by which he has ordained that the truth shall be exhibited to the world, that men shall be brought to a knowledge of the truth, that they shall receive his grace, and shall be enabled to grow therein. He does not speak in an audible voice from heaven. He has committed the truth to his Church as its witness and keeper. He has ordained men to go forth in his name, and by his authority to be the instruments in the forgiveness of sins." (anglicanhistory.org; www.bard.edu/bardinblackandwhite/page15.html; Kline, Reamer. "Education for the Common Good." Bard College. Annandale-on-Hudson: 1982;)