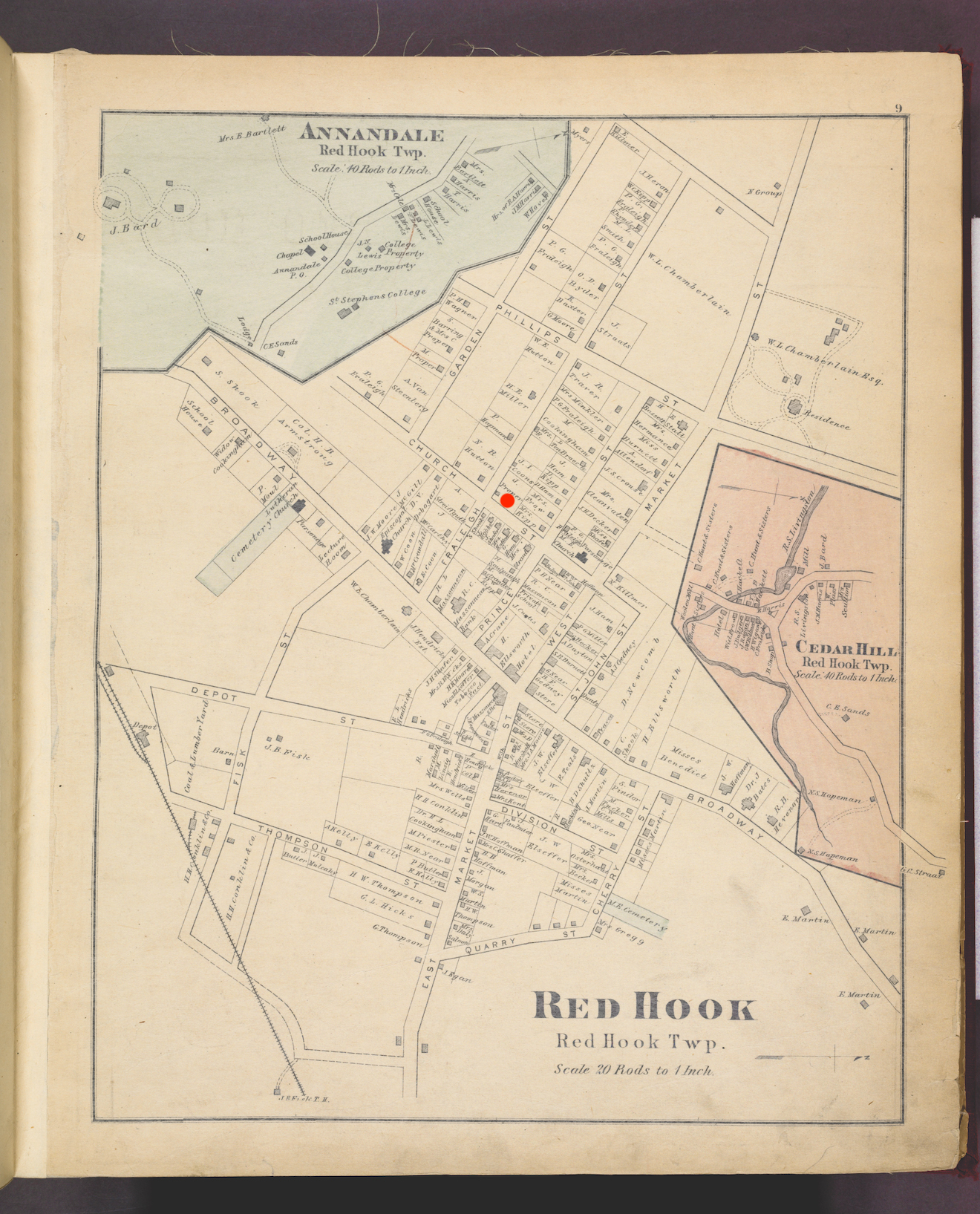 In 1874, Gilson purchased a parcel of land in Red Hook where he may have set up a nursery business. He also bought property in nearby Rhinebeck. When he retired from managing the Montgomery Place Nursery, he moved into a house he bought in the village of Red Hook. 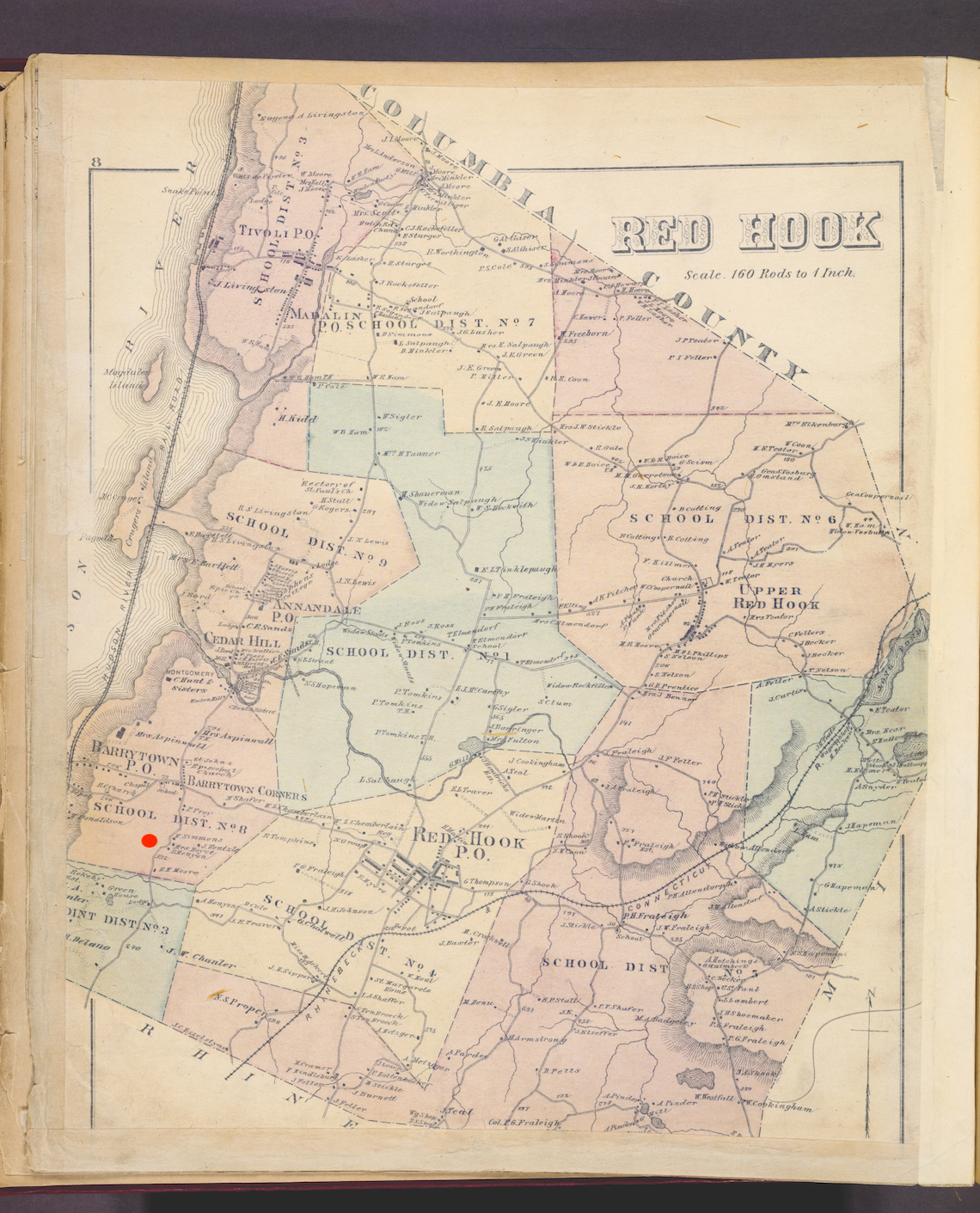 According to one longtime resident, Gilson’s village domicile featured “a large greenhouse from his old home” that he filled “with a fine selection of plants.” Edmund Bassett, a contemporary of the Gilsons, recalled that Gilson employed Henry Osterhoudt—the young, white son of a Montgomery Place worker—as a nursery helper.

Below: Location of Gilson's house and lot in Rhinebeck, 1874 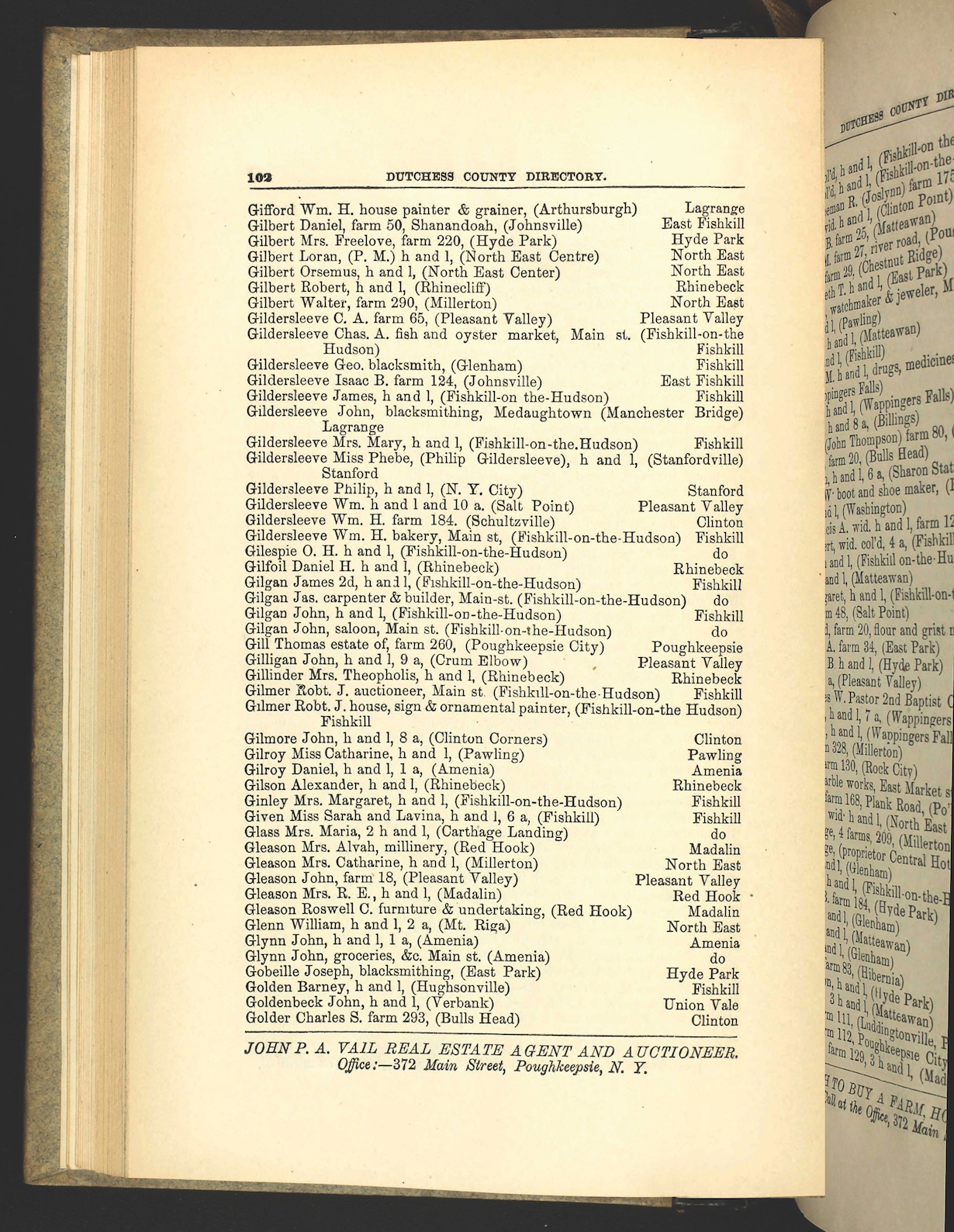 Gilson’s success won him more than acclaim by horticulturalists; it brought him a good income. Eighty percent of African American males in Dutchess County in 1850 were unskilled workers lumped under the heading “laborer”; Alexander, however, was among the 5 percent who were skilled—tailors, carpenters, barbers, iron molders, tin men, blacksmiths, pot bakers, and gardeners. Eighty percent of African Americans at mid-century held no property. But Alexander’s brilliant gardening prowess eventually enabled him to supplement his Montgomery Place earnings with additional income from a separate nursery business he established and somehow ran simultaneously at a
property he purchased less than a mile south in Barrytown.

He purchased the land in 1874, the year after Cora Barton died. When he retired from running “The Nursery Gardens at Montgomery Place” in 1885, he was a comfortable owner of at least one house and lot in Rhinebeck and another one in the village of Red Hook at the corner of Church and Fraleigh Streets, where he enjoyed his final days with his mother and sister. 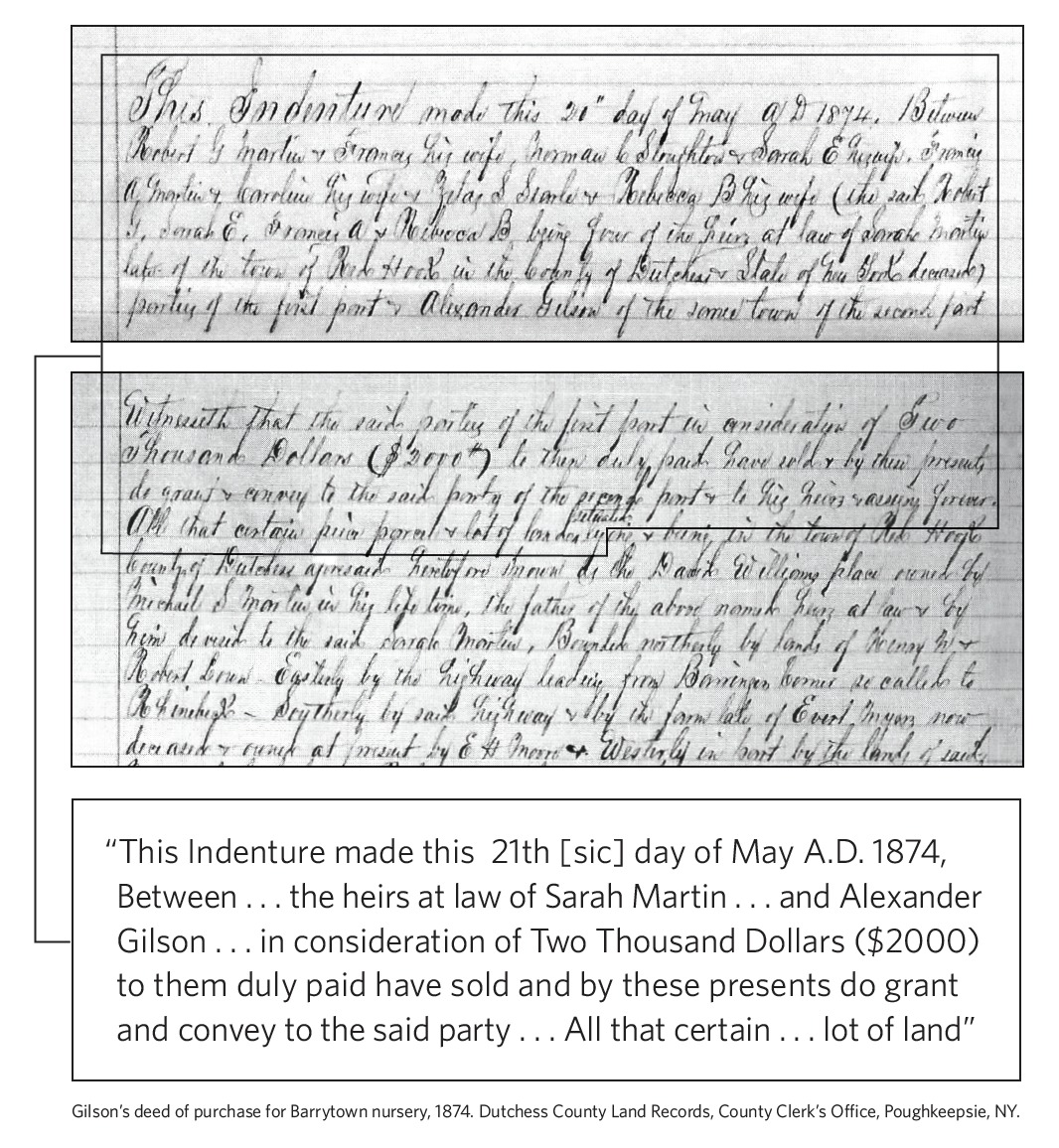