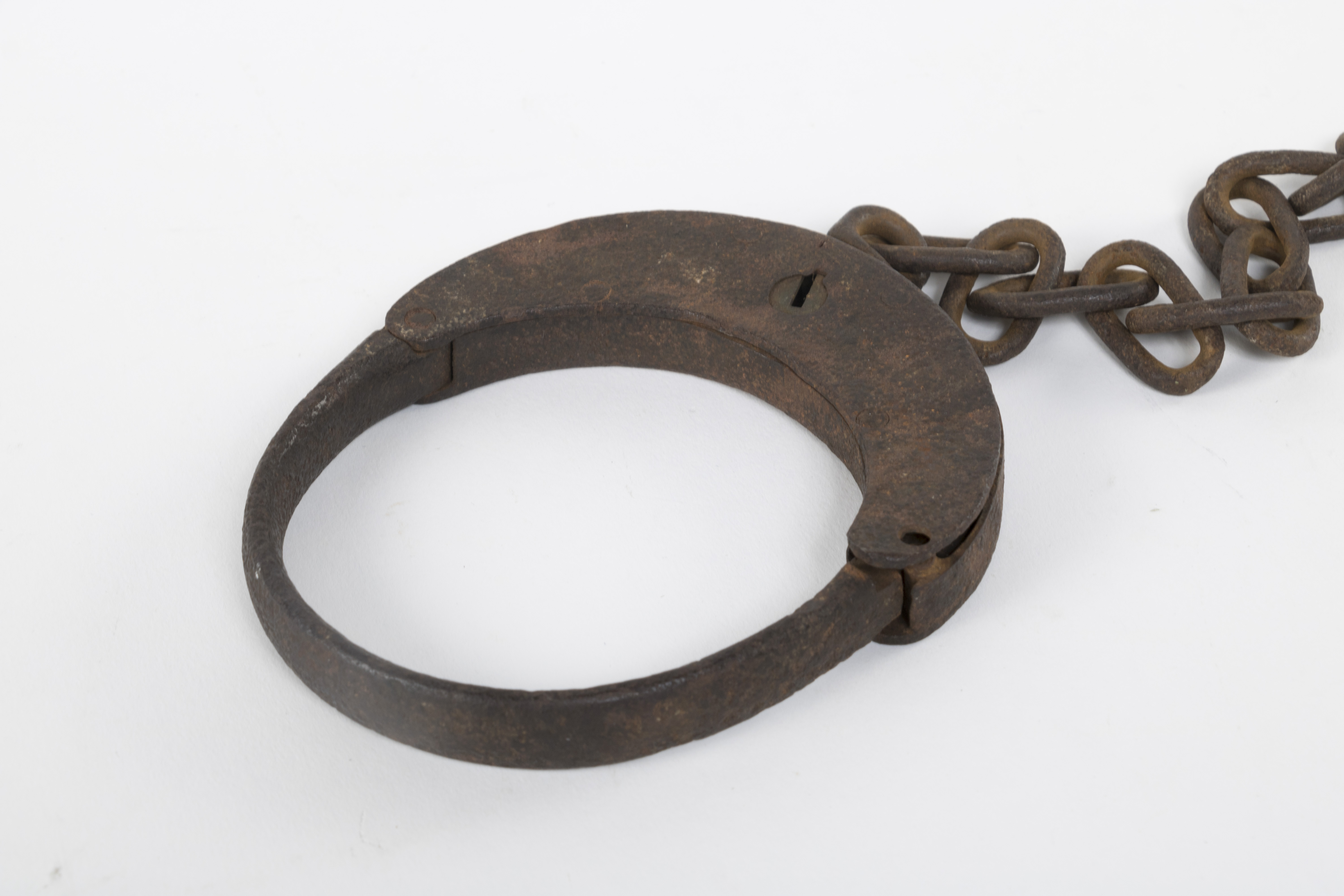 From colonial beginnings in 1624 until the abolition of slavery in 1827, New York State relied on slaves, indentured servants, and freeborn people of color to meet critical labor needs in cities and on farms.

Similarly, Janet Montgomery depended on slaves and former slaves as workers from 1802, when she bought Montgomery Place, until her death in 1828. 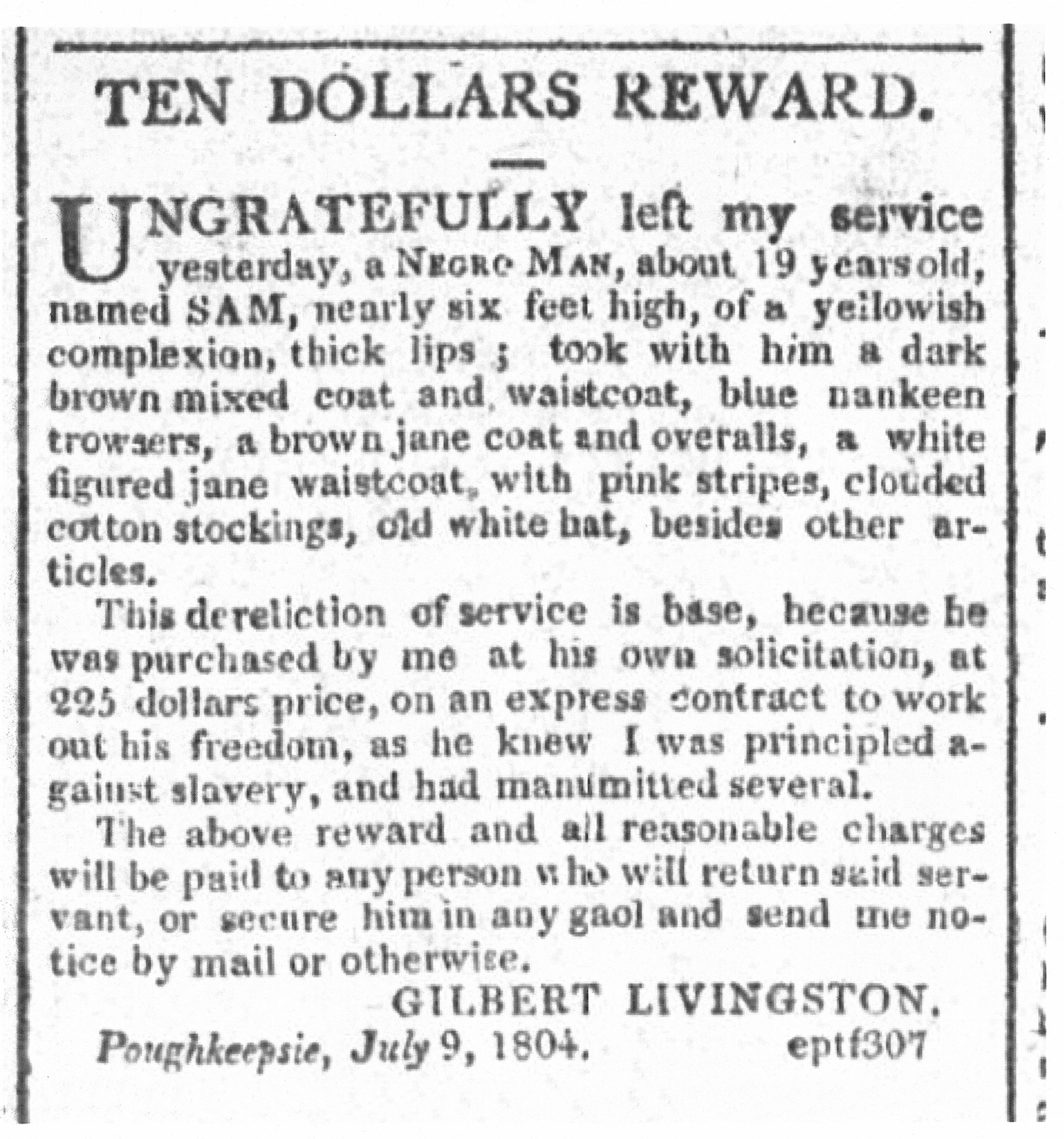 The owners’ attachment to slaves as property was demonstrated by their efforts to recover slaves who tried to escape, as illustrated by the advertisement placed in the Albany Register by Gilbert Livingston, Janet’s cousin, for the recapture of a runaway. 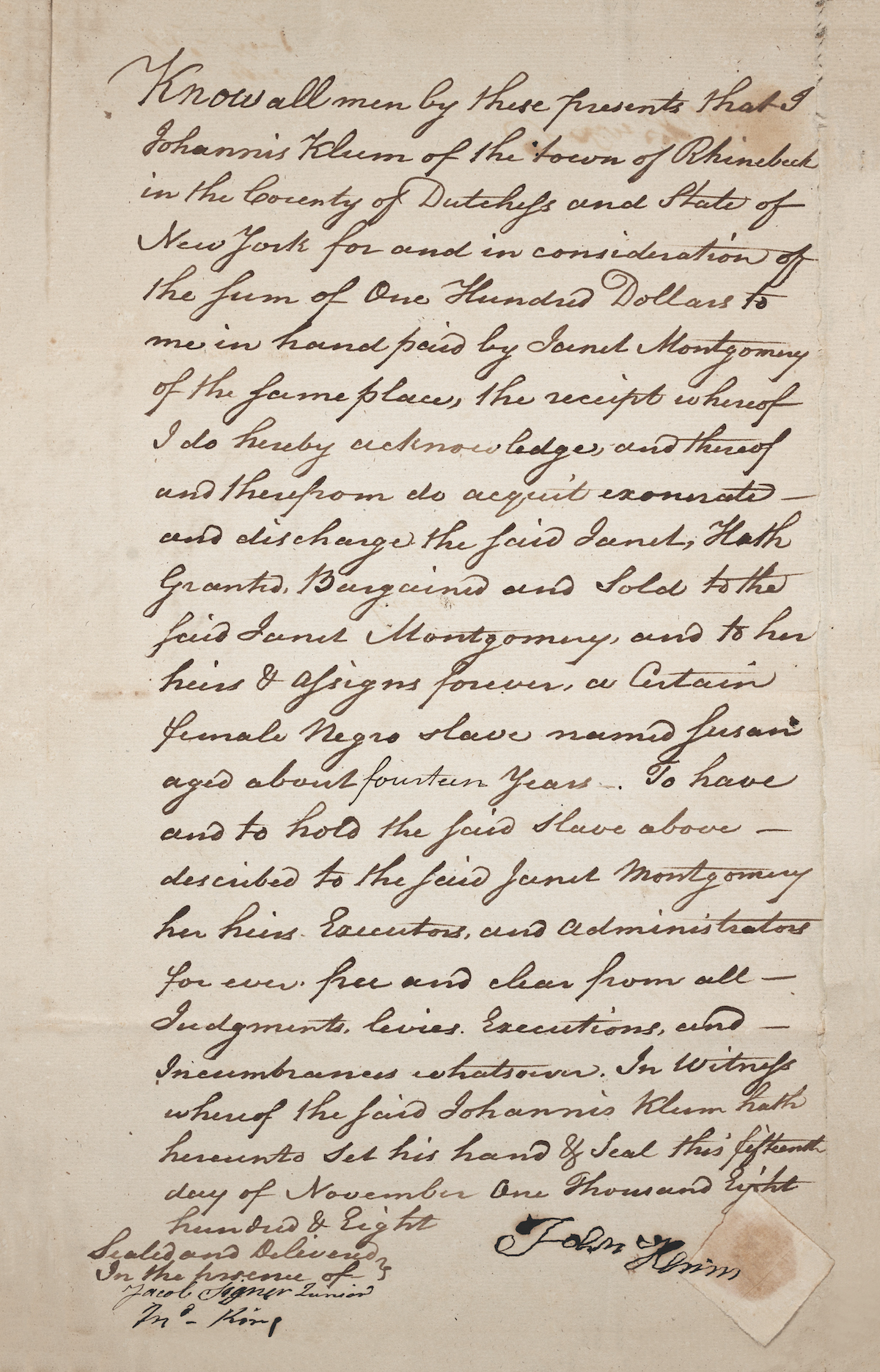 Legal contracts for purchasing slaves and census records of her slave holdings in 1820 attest to the regular use of human chattel on the estate.

Below: The image of the U.S. Census page to the left shows 12 slaves (the sum of the last five encircled numbers) in Janet Montgomery's household in 1820 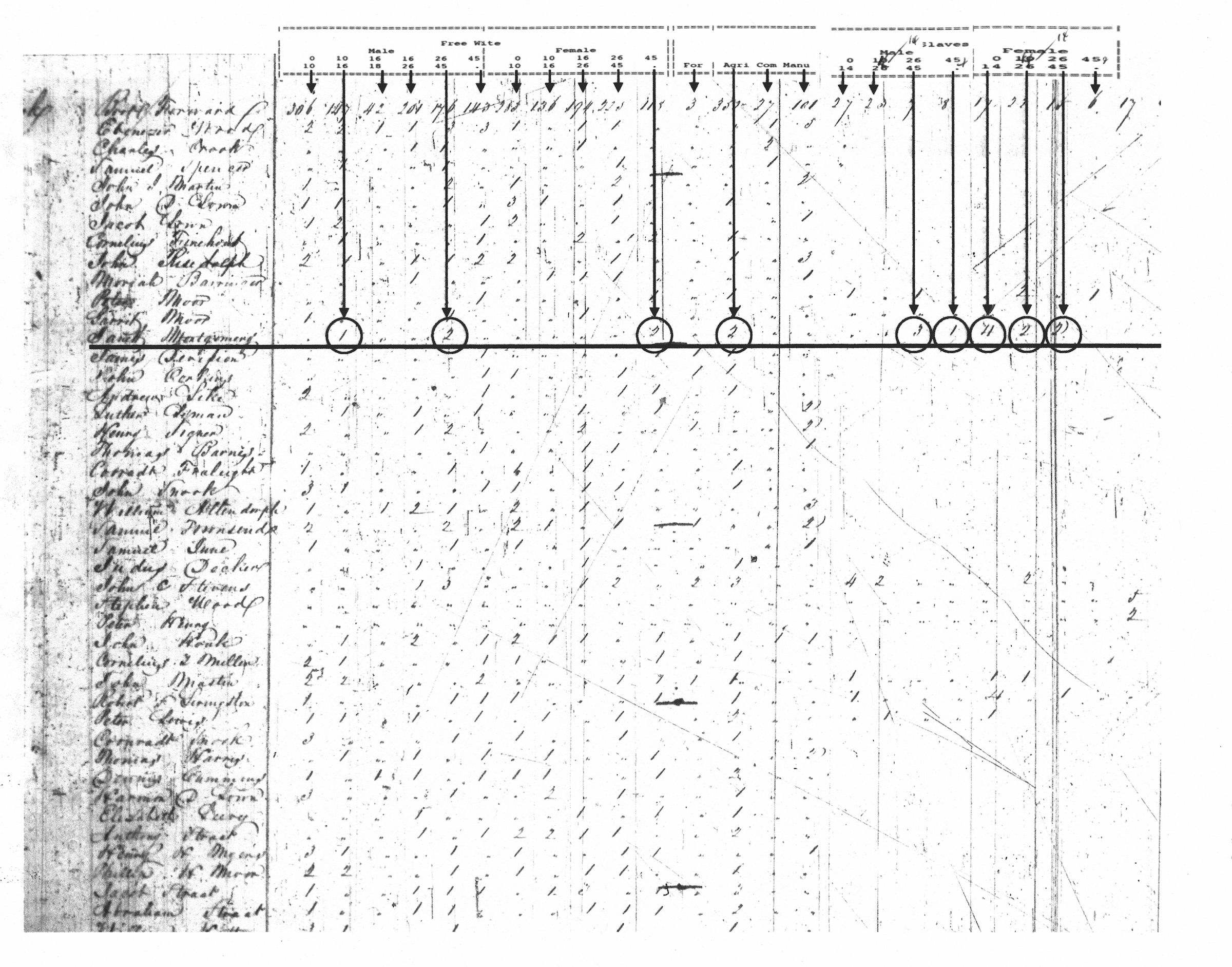